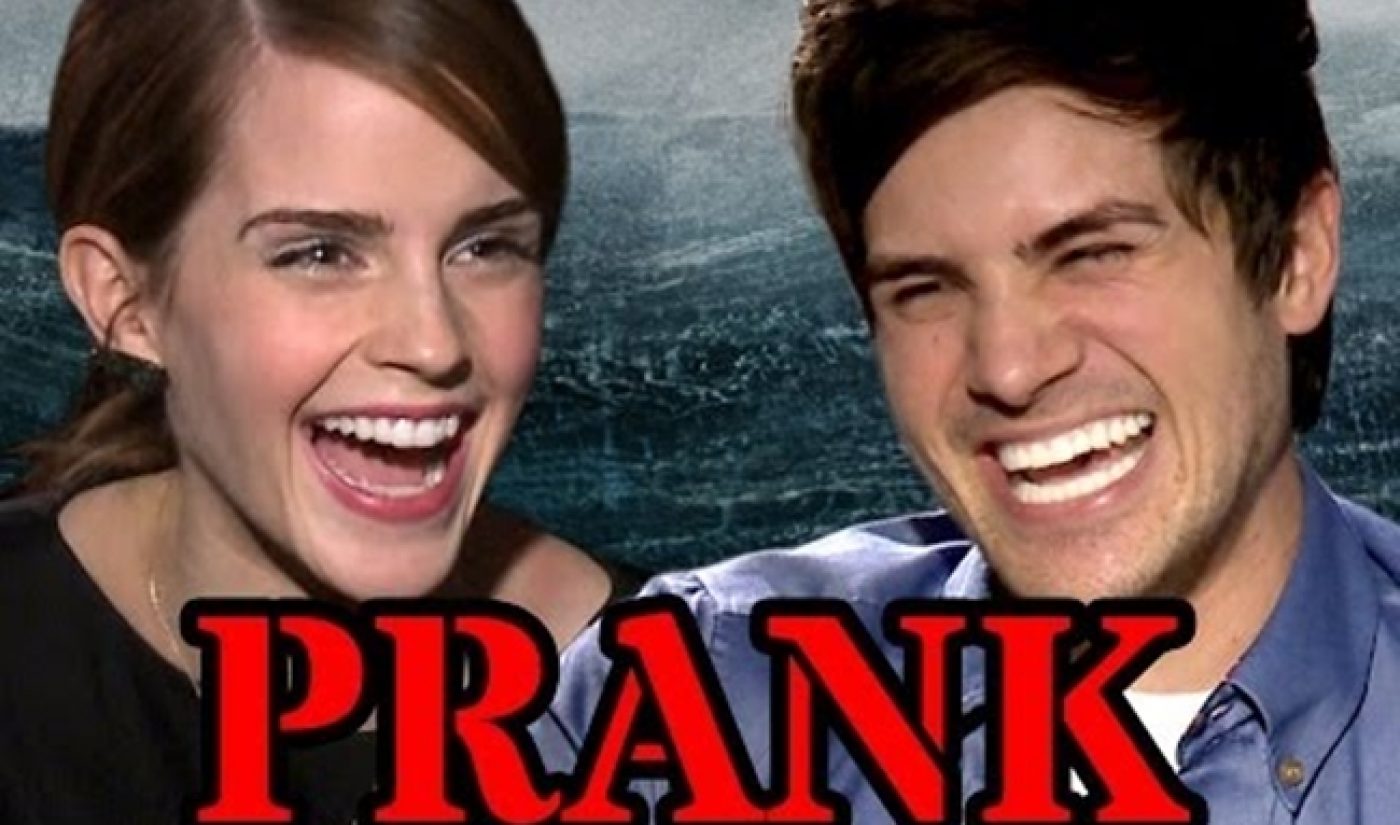 Popular YouTube pranks often rely on mean-spirited tricks that turn their targets into the butt of the joke, but this April Fools’ Day, YouTube creators are out to prove that pranks don’t have to be mean. Smosh, Break.com, and a host of YouTube prank channels have teamed up for Prank It Fwd, a project that uses kind-hearted pranks to raise money for charity.

The Prank It Fwd stunts all use unexpected twists to brighten up the days of their targets. Smosh kicked off the initiative four days before April Fools’ Day by releasing a video where Smosh Games host Jovenshire encounters his number one celebrity crush, Emma Watson.

Several other pranksters have followed suit. A new episode of Break’s Prank Bank gave a waitress her best shift ever. LAHWF‘s Andrew Hales told random people how beautiful they are. Jack Vale paid the bills of several customers at a car repair shop. Greg Benson of Mediocre Films turned a homeless shelter into a luxury restaurant. Stuart Edge used his street magic to leave huge tips for street performers. Three more pranks will follow, culminating in the launch of a new series called Odd Jobs.

The good vibes don’t end with the pranks, either. For every thousand views the Prank It Fwd videos collect, Break will donate a dollar to DoSomething.org, a charity encouraging social action among young people.  “Taking the energy of funny pranks online and using it for good is an awesome take on April Fool’s Day,” said Naomi Hirabayashi, Chief Marketing Officer at DoSomething.org. “We’re an organization that exists for young people so YouTube and popular personalities like Smosh are part of our every day, which is why the partnership with Break.com for Prank it Fwd makes perfect sense.”

So far, Smosh’s video has already raised a significant amount by accumulating more than 2.6 million views. That’s at least $2,600 for charity, and Prank It Fwd still has a long way to go. Maybe all pranks should be nice pranks from now on.