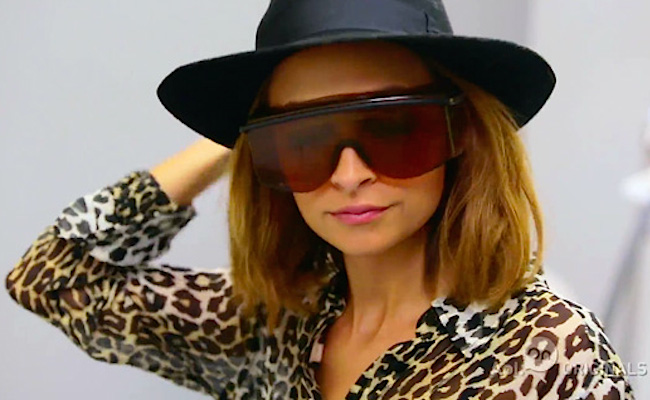 #CandidlyNicole is headed to VH1. The 20-episode AOL original series based on Nicole Richie’s Twitter feed (which the American multi-national mass media corporation previewed at its 2013 NewFront presentation) just locked in an eight half-hour-episode series order from the Viacom-owned cable network.

The TV iteration of #CandidlyNicole is set to debut July 17 and, like its online video predecessor, will detail Richies “daily adventures and give insight into her decisions on style, relationships, her work life, and her journey to adulthood.” Those daily adventures include following along the 32-year-old actress, author, entrepreneur, and socialite as she seeks out tramp stamp removal, doesn’t pick up gentlemen, talks to pets with her mind, and more.

“Nicole’s sharp, acerbic sense of humor and broad audience appeal make ‘#CandidlyNicole’ a perfect fit for the VH1 brand,” said Susan Levison, VH1’s EVP of Original Programming & Development, in the release. “Viewers will enjoy her unique point of view and earnest look at pop culture as well as her fearless exploration of anything and everything taboo.”

As part of the deal, VH1 will also receive a first look at future programming coming from Richie’s production company, Honey Child Productions.

The VH1 series will be produced by Telepictures and World of Wonder (a studio that’s making waves in multiple mediums), while Richie, Michael Baum, and Carrie Franklin will executive produce the program and Levison, Jill Holmes, and Kirsten Kelly are on board as executive producers for VH1.