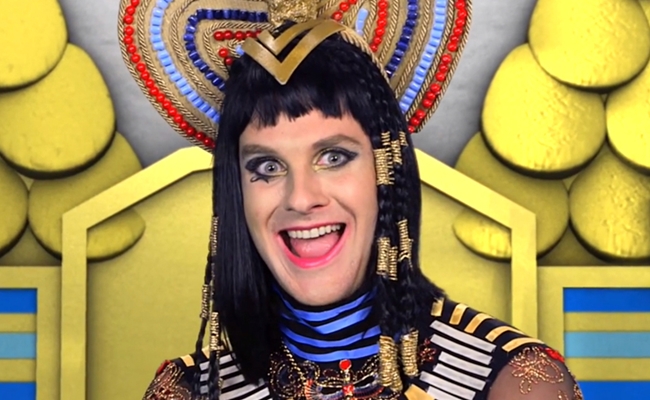 Fresh off its $500 million sale to Disney, Maker Studios has teamed up with another entertainment company. The multi-channel network has struck a deal with Music Choice, an on-demand platform that will distribute Maker content across its web, TV, and mobile outlets.

Naturally, Music Choice will be particularly concerned with content from Maker Music, the multi-channel network’s music vertical. Music Choice will cull videos from that hub and distribute them across its various channels, including its Video On Demand hub, its suite of digital channels, and its Music Choice Play service.

At the start, Music Choice will focus a lot of its efforts on Bart Baker, the Maker Studios partner known for his music video parodies. As part of the deal, Music Choice has announced a “month-long takeover” of Baker’s videos. Here’s his latest, a spoof of Katy Perry’s “Dark Horse”:

“This is a valuable partnership for Maker as Music Choice’s multiple properties are a perfect fit to for our artists and music programming,” said Jenna Seiden, VP of Distribution and Strategic Partnerships at Maker Studios. “We’re thrilled that Music Choice viewers will now be able to experience stars like the incredible Bart Baker and we look forward to sharing more great music content in the coming year.”

Maker Music, launched as part of the YouTube Original Channels Initiative, is one of the verticals across which Maker Studios recently began dividing its content. In addition to original creations from Maker partners, it also features a few mainstream music videos, such as the video for Far East Movement’s “The Illest”.