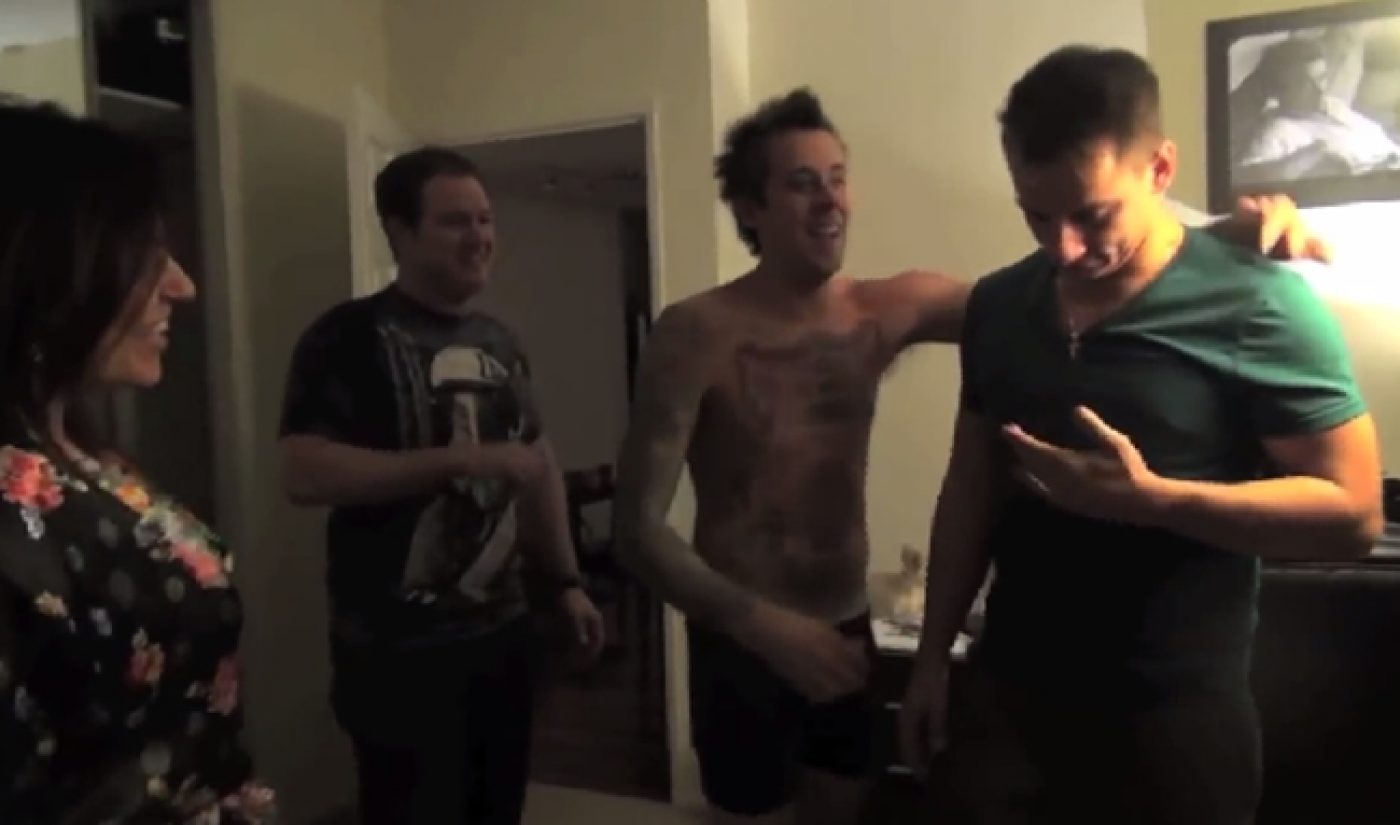 Collective Digital Studio (CDS) recently scored a major overseas investment, and it has a pair of new partners to boot. The popular multi-channel network teamed up with Vitaly Zdorovetskiy (better known on YouTube as VitalyzdTv) and Roman Atwood earlier this year, two of the biggest pranksters on YouTube.

“We’re really excited to be in business with Roman and Vitaly,” said Dan Weinstein, President/Founding Partner of CDS. “They are at the top of their game in a genre that is rapidly growing and we’re excited about all of the opportunity in front of us to build a meaningful business  together.”

The two prank artists have immediately slotted in as two of the most popular creators within the Collective Digital Studio network. In terms of subscribers, VitalyzdTv’s more than 5.6 million subscribers puts him second among all CDS partners behind only Freddie Wong. Atwood is right behind Vitalyzdh in third place with more than 3.2 million total subscribers. As for views, VitalyzdTv’s 525+ million views puts him sixth among all of the network’s partners, while Atwood’s 428+ million views is good for the #9 spot.

VitalyzdTv came to CDS by way of Maker Studios, while Atwood was previously partnered with Defy Media. And the two were occasional collaborators even before they both joined their new network.

Atwood pulled a particularly vicious (and mildly NSFW) prank on Vitaly last December, when he pretended to sleep with Vitaly’s mom. (Yeah, you read that right.) That video, like most of the pranks Atwood pulls off, proved very popular. It’s received more than 8.5 million views to date.

CDS has traditionally been one of the top MCNs in terms of bringing its talent to new platforms. Partners like Fred, The Annoying Orange, and Epic Meal Time have all secured TV deals. It’s not so unrealistic to think that Vitaly or Atwood or both could make the transition from YouTube to another entertainment medium in the not-so-distant future.

But even if Vitaly and Roman don’t end up on the small screen, they’ll receive plenty of support from their new network, along with added ties to all of CDS’ other pranksters.