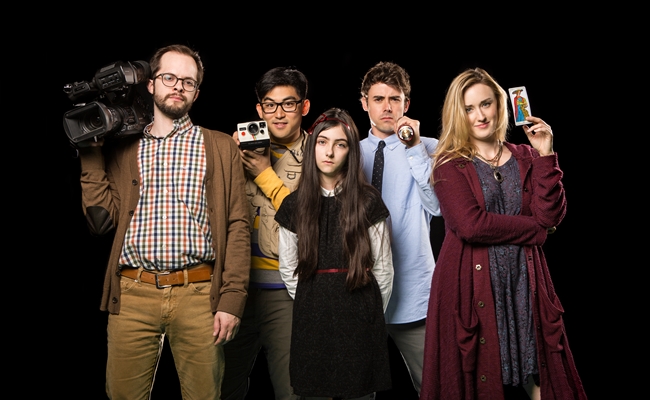 Geek & Sundry, Bryan Singer Get ‘Spooked’ On YouTube And Hulu

Supernatural comedy is all the rage these days, and Geek & Sundry is getting in on the fun. Felicia Day‘s YouTube channel is teaming up with Bryan Singer‘s Bad Hat Harry production company for Spooked, a TV-length digital series.

Spooked follows a “Paranormal Investigation Team” as it investigates paranormal events across the globe. According to a press release, the first episode will feature a poltergeist who is trying to ruin his daughter’s gay marriage, and will feature Dichen Lachman and Alison Haislip as guest stars.

Four episodes are planned, with each one coming in a sitcom-length, 22-minute package. As with Geek & Sundry’s last scripted web series, Caper, Spooked will be distributed on Hulu as well as YouTube.

Spooked is co-produced by Singer, best known for his work on films like X-Men and The Usual Suspects as well as the TV series House. “It’s been a thrill to expand our digital portfolio with Spooked on Hulu and collaborate with Felicia and her team,” he said. “With Spooked we developed an irreverent, character-driven series in the paranormal genre that we think fans will enjoy and connect with online.”

When it arrives on April 16th, Spooked will join several other high-profile web series in the supernatural comedy genre. Hulu recently showed off the pilot for Deadbeat, which follows a lazy, slacking paranormal investigator; Jack Black’s Ghost Ghirls was the centerpiece of Yahoo’s fall comedy lineup; and Kristen Schaal’s Supanatural was one of the first pilots featured on Amazon Video.

Though it treads on well-worn territory, Spooked still has plenty of potential. Caper hit on a familiar genre as well (superhero comedy), and it was a big hit on Geek & Sundry. Except Spooked to also shine with its target audience.