‘The Daily Show’ Turns #McConnelling Into A YouTube Fad 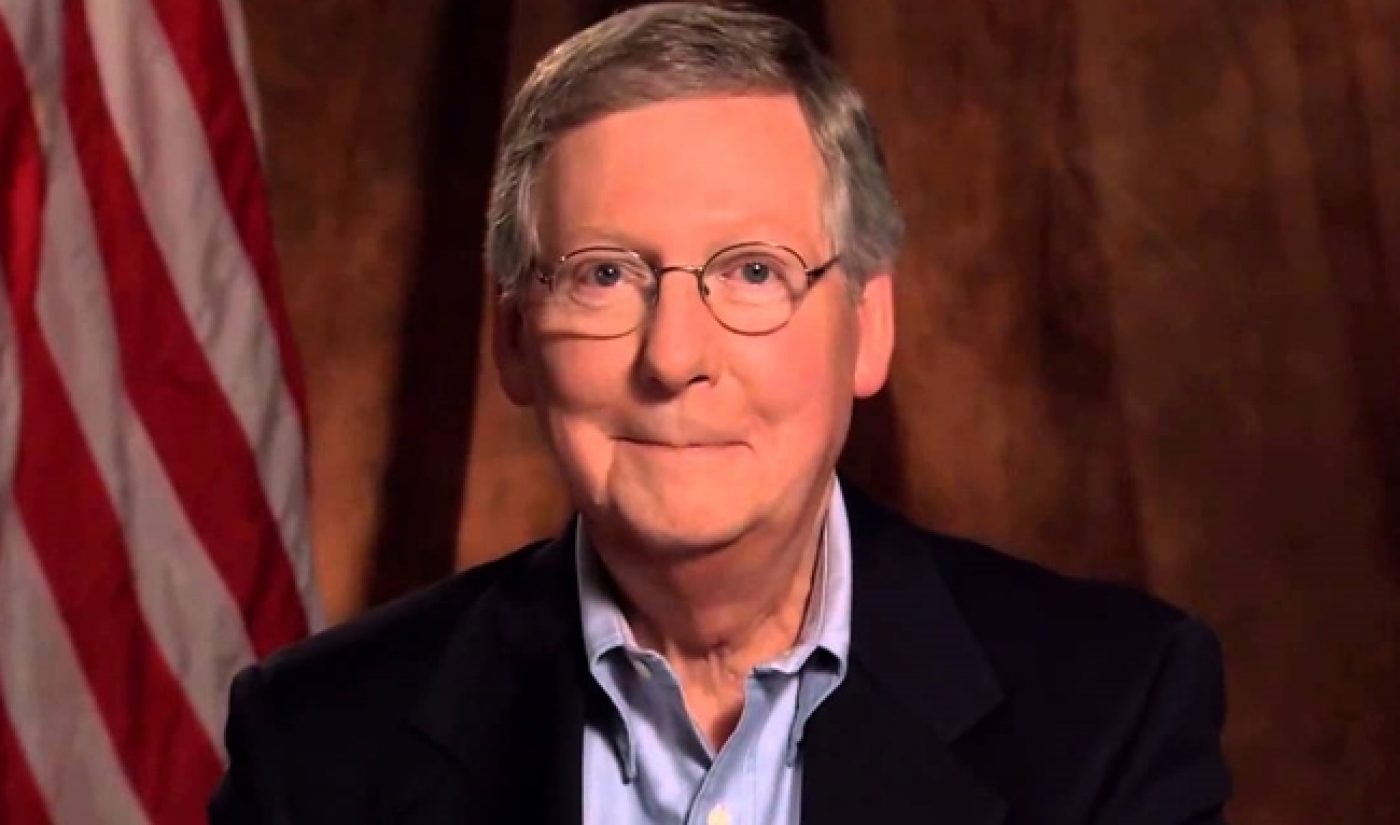 YouTube’s latest viral video star is Senator Mitch McConnell. The 72 year-old Senate Minority Leader is the inspiration behind #McConnelling, a fad that matches up an unsettling campaign ad with inappropriate music.

#McConnelling was created during the March 13th episode of The Daily Show, during which Jon Stewart played clips from the Kentucky senator’s latest YouTube video. The video features more than two minutes of McConnell staring into this camera with an off-putting half smile on his face; there is no dialogue, narration, or voiceover. As Stewart explained, the ad was created so that McConnell’s team can give Super PACs usable b-roll without interacting with them in an illegal manner.

Beyond its main purpose, the video has struck comedy gold. The Daily Show started off the McConnelling fad by pairing the video with songs like “Sound of Silence” and “Baby Got Back”. Stewart then opened up the floor to his viewers by coining the #McConnelling hashtag.

It took the Internet only a couple of days to take #McConnelling to the next level. There are hundreds of entries available on YouTube, with the most popular one pairing the ad with the intro to the TV show Full House. That version and several others can be seen in a recent video from The Young Turks (which also features the TYT team’s best McConnell impressions).

#McConnelling may soon run its course, but it has at least managed to reach the McConnell campaign. The senator’s campaign manager told Slate that his team is “going to have some fun, too.” Apparently, Mitch McConnell approves this message.