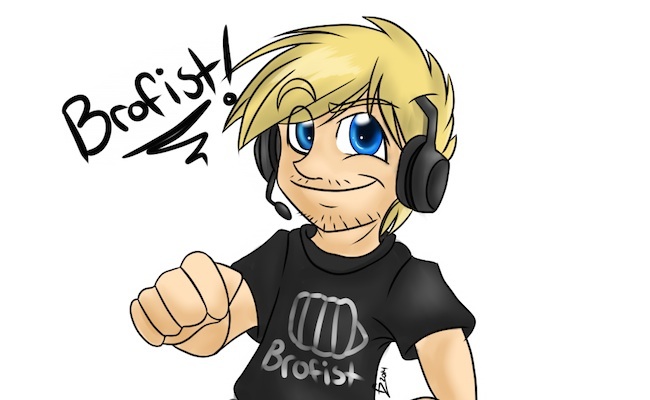 On March 1, 2014, Felix Arvid Ulf Kjellberg’s PewDiePie YouTube channel achieved its 24 millionth subscriber. Two days later, Kjellberg told his fans by way of a personal vlog that he was going to scale back, saying he needed to take at least one day off a week from making videos. “Being the biggest channel on YouTube can be overwhelming sometimes,” Kjellberg revealed to the camera and his fan base (aka Bro Army) before stating how “there is more to life than just making videos.” But in the less than two weeks since Kjellberg gave his latest address on the state of PewDiePie, he’s been as prolific in terms of online video creation as ever.

Kjellberg’s uploaded no less than 18 videos since March 4. His channel also hit the 25 million YouTube subscribers mark along the way.

But subscribers aren’t the only thing PewDiePie’s scoring. The channel received over 74 million views in the last week alone.