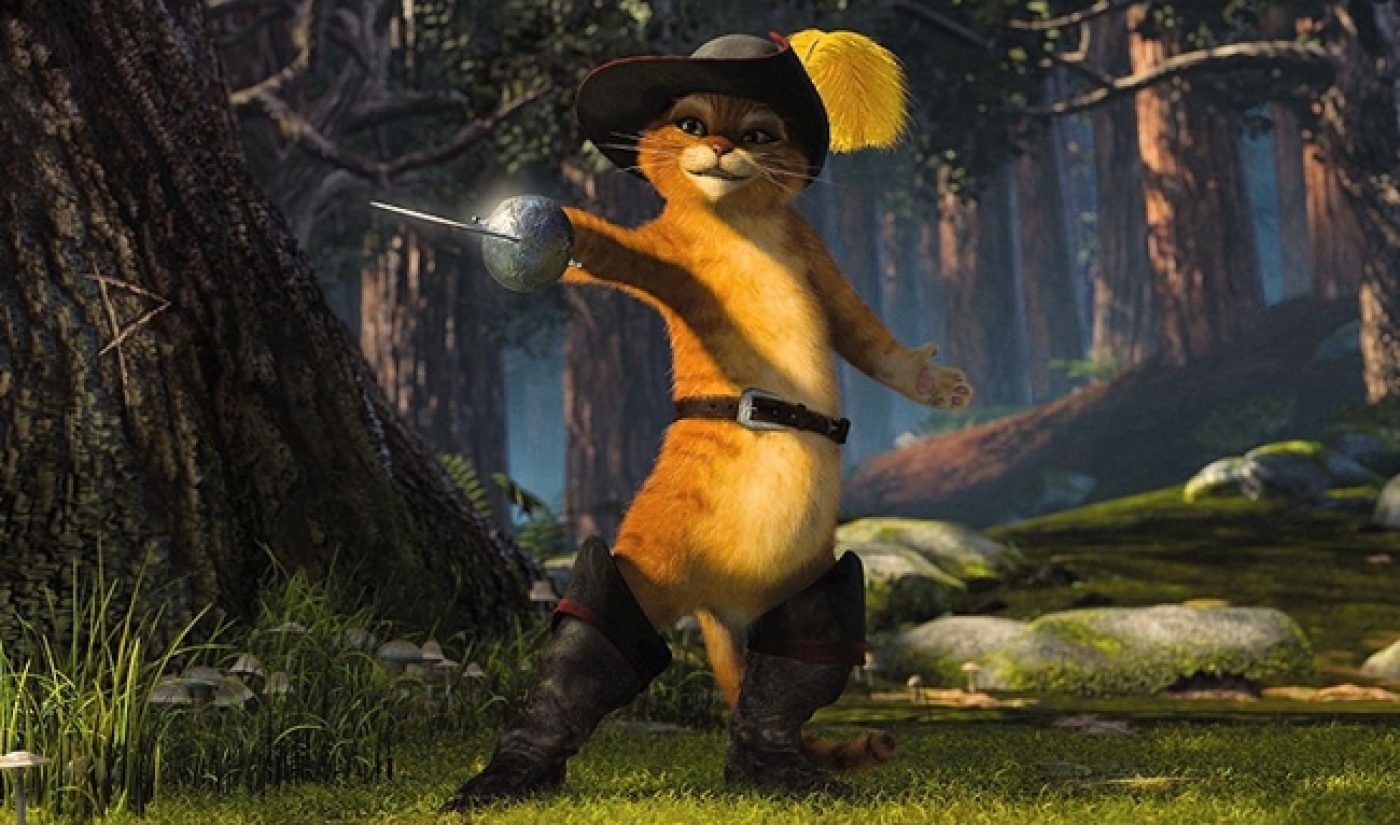 Last December, Netflix debuted Turbo: F.A.S.T., the first series born from its partnership with DreamWorks Animation. According to Variety, three more animated series are coming to Netflix, and like Turbo: F.A.S.T., they will all be based off existing franchises.

The most notable of the three upcoming series is Puss In Boots, which will feature the Shrek franchise’s breakout feline swashbuckler in his first leading role since he starred in a well-received film of his own. The second series also features a breakout star: Madagascar‘s King Julien, who became one of the original film’s most memorable characters thanks to Sacha Baron Cohen‘s inspired voice work. The final of the three series takes place within the Veggie Tales universe.

The three new series will be joined by five new episodes of Turbo: F.A.S.T. “We could not be having more fun as we create this content for Netflix,” said Margie Cohn, head of television at DreamWorks Animation, in a statement. “Each show is so diverse and the platform gives us so many opportunities to play with our characters in new and surprising ways. Our goal is to keep the audience always wondering what we’ll come up with next.”

Turbo F.A.S.T.‘s debut generated decent reviews, as several critics dubbed it perfectly harmless, simple children’s entertainment. Expect more of the same from DreamWorks’ next three offerings; since children’s content tends to perform well on the Internet, programs like these tend to draw healthy viewership. That appeal has also caused Amazon to distribute a number of children’s programs, but Netflix’s main rival cannot count a dancing lemur or a pillaging kitten among its characters.