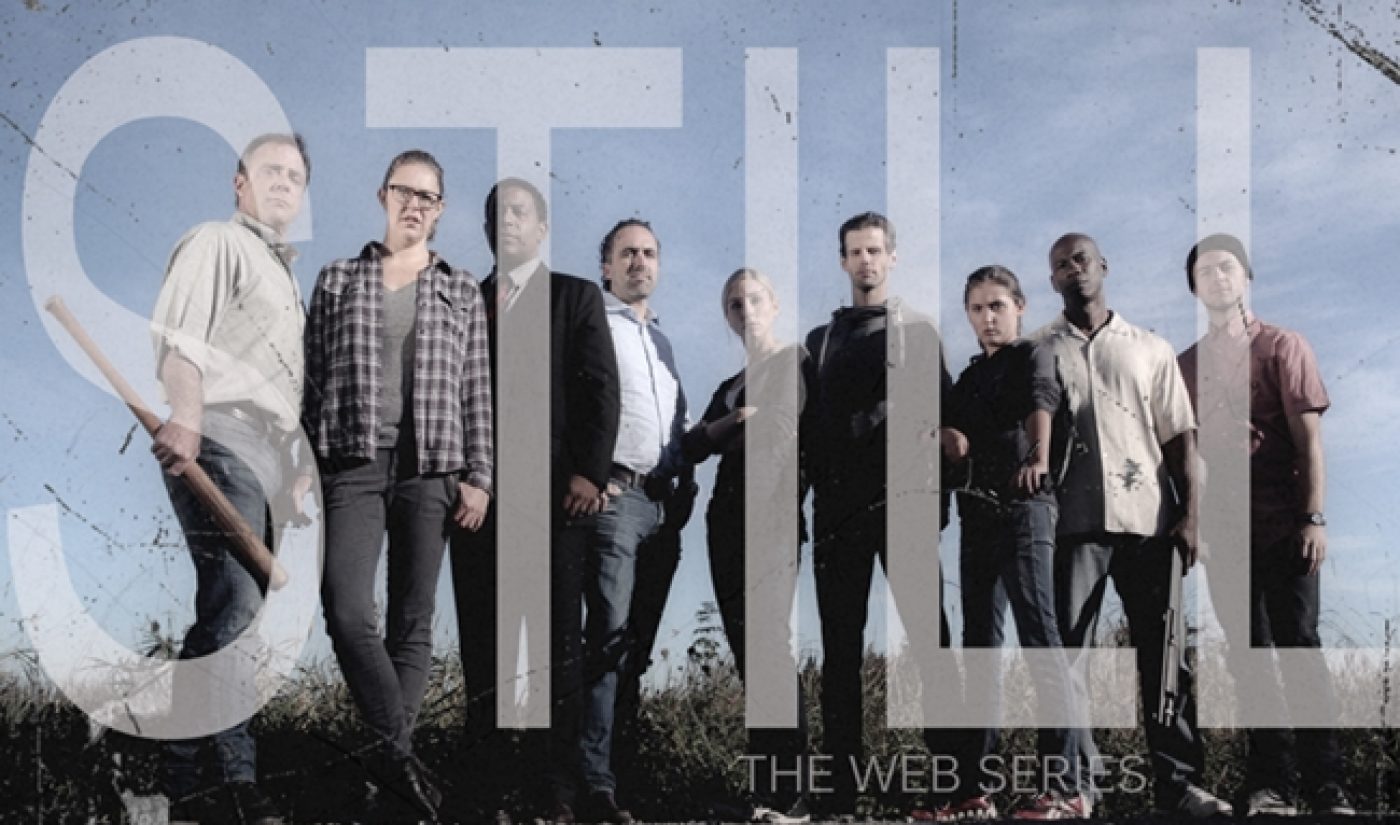 Description: Still is a horror web series set in a small town in the American Northwest. It begins with a widespread infection that turns a number of the town’s residents into zombies. Instead of shambling around in search of brains, these zombies simply stand in place and menace the survivors with their diseased looks. The whole series, which has thus far run for eight episodes (and earned a mention in our Indie Spotlight), manages to be very creepy in a “you won’t want to look out your window without any lights on” sort of way.

Creator Bio: The creator of Still is Jonathan Holbrook, who seems to film himself in black and white quite often. Holbrook is hoping that raising six grand will let him shoot five or six more episodes of Still, and his pitch video features the sort of unnerving, stilted delivery you might expect (and even appreciate) from a horror director.

Best Perk: For $400, you can be a zombie in a future episode of Still. Afterwards, you can tell your friends that you were, for all intents and purposes, dead.

Why You Should Fund It: Still is creepy, it’s already eight episodes in, and it deserves to see its first season come to a close. Since its launch, Still has been showered with praise from horror movie critics, and the first two episodes make clear the origin of that praise. Also, $6,000 is a small amount of money by crowdfunding standards. We can easily make this one happen.