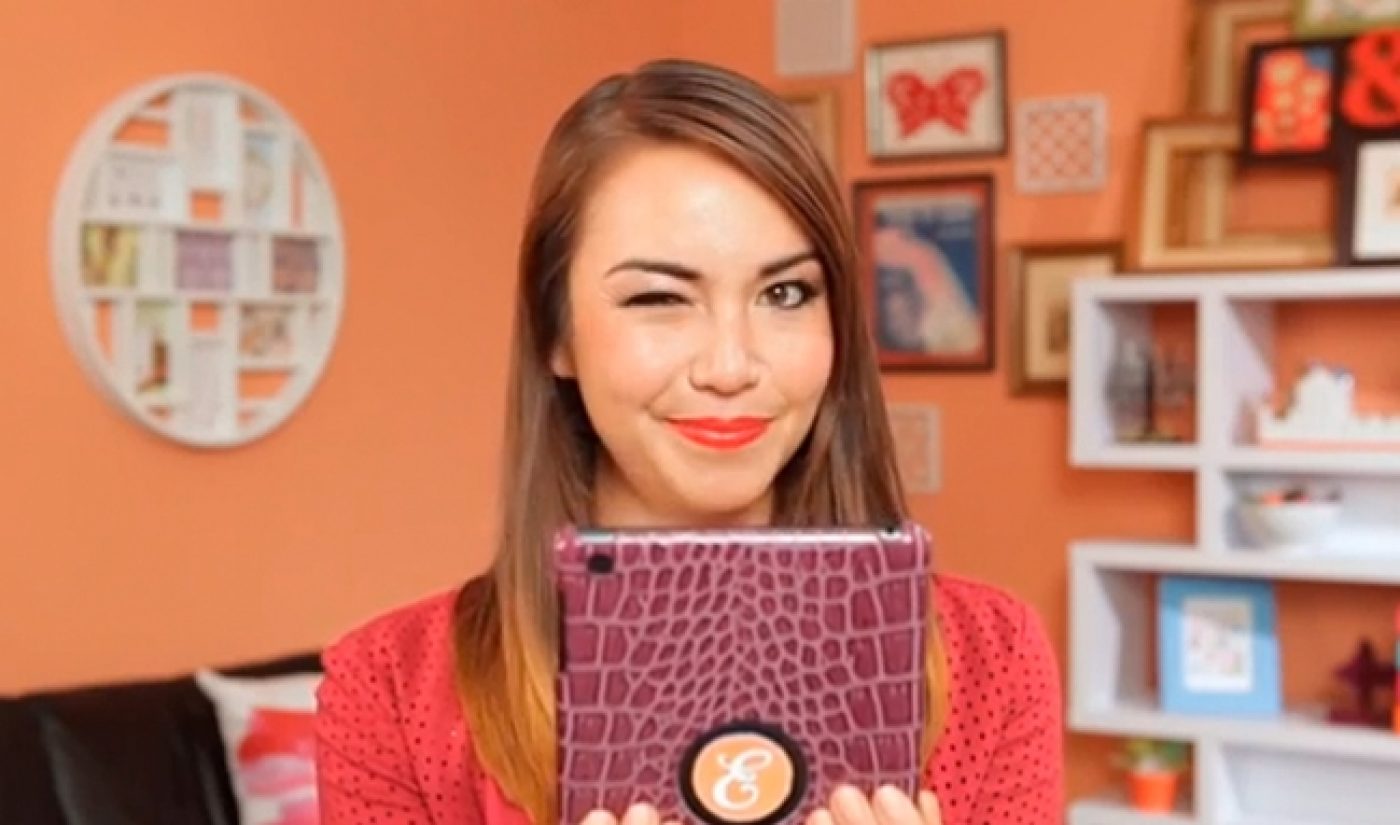 Last August, The Lizzie Bennet Diaries won an Interactive Emmy Award, adding shiny gold feathers to the caps of creator Bernie Su and transmedia director Jay Bushman. Lizzie Bennet was able to win its Emmy because of its impressive transmedia presence, which includes 35 different Twitter feeds for individual characters and a handful of spin-off vlog channels.

During a panel at SXSW, Su and Bushman discussed the transmedia elements of their new series, Emma Approved, which takes social storytelling to a level beyond Lizzie Bennet.

At their most basic, the transmedia elements attached to Emma Approved are similar to those of Lizzie Bennet. The main focus is still YouTube, where 35 videos have been released across two channels. Once each episode ends, the series’ devoted fans take to social media platforms like Twitter, where each character posts thoughts from his or her point of view. Main character Emma Woodhouse currently has more than 16,600 followers.

The characters will often interact with fans and will constantly tweet at each other; they also frequently link to other Emma Approved content. As Su explains, this process allows fans to go down “rabbit holes” and enter an expansive world of Emma Approved. He and Bushman thought about this concept when creating the transmedia for Lizzie Bennet, but this time, the rabbit holes go much deeper.

By spreading content across these platforms, Su and Bushman are giving fans a massive amount of content to interact with. The deep rabbit holes turn the series’ super fans into active participants in the show’s world, a concept Bushman introduced in the spin-off series Welcome to Sanditon. When the character of Harriet Smith posts sheet music for a song she has performed, it inspires fans to create covers, which in turn makes the Emma Approved rabbit holes go even deeper.

“Emma Woodhouse is a personal brand”

The deep level of engagement provided by Emma Approved‘s transmedia has become an attractive package for advertisers. Su explained the way in which products become a part of the story, appearing across multiple platforms and thus forging a strong connection with the viewer. For instance, a partnership with Samsung caused the Galaxy Gear watch to show up in Emma Approved. At the same time, the gadget appears on Emma’s blog as part of her holiday gift guide, and it figures in a “#RetroSuperFuture” look on Emma’s Instagram.

The results are undeniable. In a telling slide, Su discussed a brand partnership with Modcloth Clothing. In November, many Modcloth items appeared in Emma’s looks, leading directly to a spike in the company’s revenue. The next month, despite only new one Modcloth item in Emma’s looks, the previous month’s increase was sustained. The full transmedia experience keeps fans engaged across several months; even after partnerships end, fans continue to encounter the same items when they return to older content.

These expansive transmedia experiments in no way guarantee that Su and Bushman will score another Emmy. At the very least, however, they have turned their strategy into a full-fledged company. Pemberley Digital, the studio started alongside Lizzie Bennet, is now a production service dedicated to telling “classic stories in innovative ways.”

Su and his team already have two more projects in the pipeline: Another Austen retelling and a genre adaptation (My money’s on Dracula.) In addition, Bushman is working on a digital media retelling of Hamlet, tentatively titled #Hamlet. Even if Emma Approved doesn’t defend Pemberley’s Emmy, the company will have plenty more chances to claim hardware in the near future.