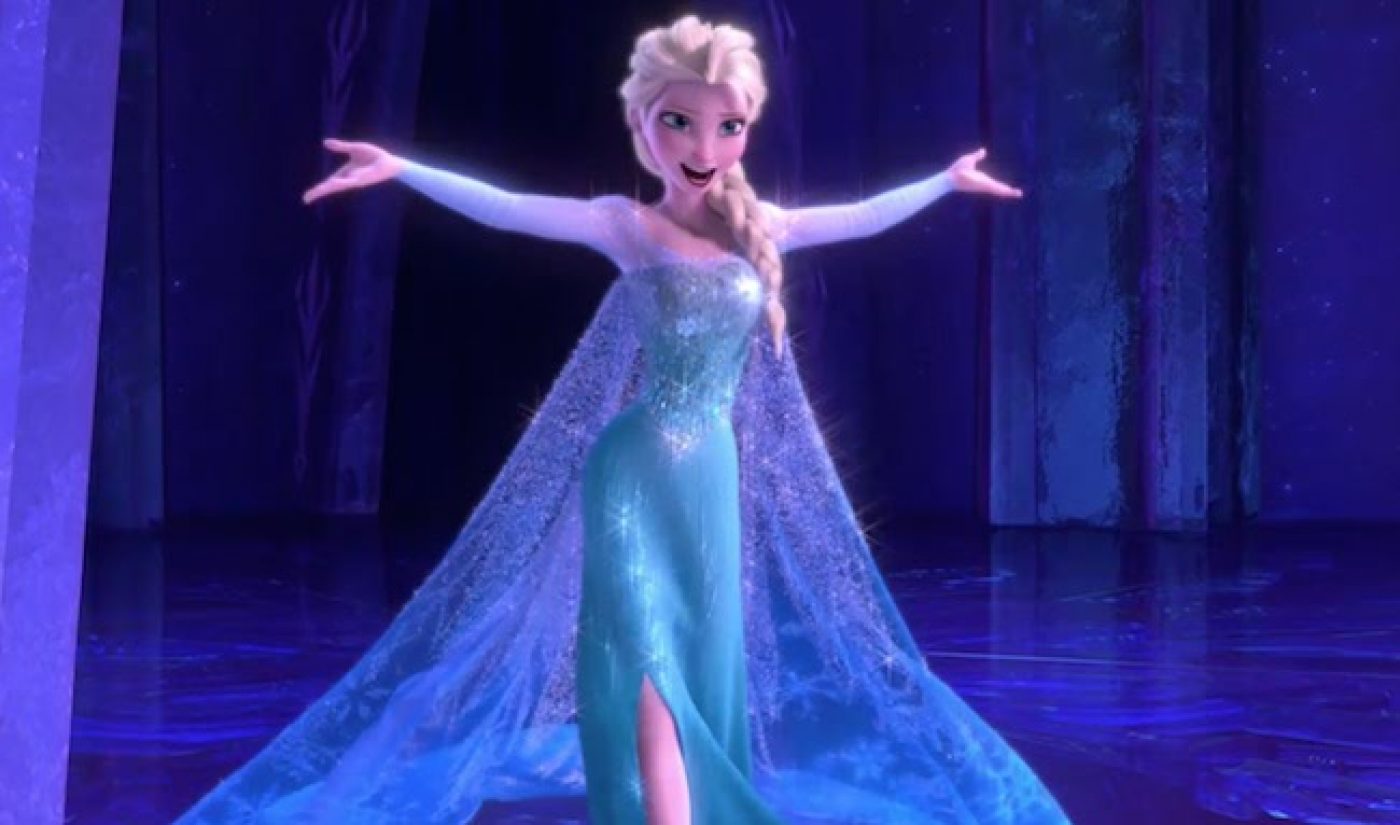 Frozen’s “Let It Go” was a mega hit before and after Indina Menzel was known as Adele Dazeem and the song’s husband-and-wife composing duo of Kristen Anderson-Lopez and Robert Lopez took home the 86th Annual Academy Award for Best Original Song.

The official upload of the hit track from the Disney musical has been viewed no less than 128 million times since its upload on December 6, 2013 (which has singlehandedly pushed the Disney Animation YouTube channel up near the top of the list of the Most Viewed YouTube Channels In The World in the past several weeks and months). But that’s just a fraction of the views “Let It Go” has generated since its release. The song’s spawned hundreds of cover videos, too (the most recent and high profile of which was made by Jimmy Fallon, The Roots, and Menzel with a handful of classroom instruments), as well as other other parodies, odd fan uploads, obligatory Minecraft videos, and more.

In aggregate, videos about Frozen’s “Let It Go” have so far generated over 477 million views on YouTube across at least 1,900 videos on 610 different channels. That’s according to data provided to Tubefilter by Pixability. The YouTube marketing and advertising software company crunched the numbers for us using their big data YouTube software to mine the digital conversation around topics and subjects specific to the song.

And of course, that number’s not going down anytime soon. The total will likely hit half a billion at some point in the next couple of weeks, especially if more four-year-olds like Maddie and Zoe get in on the action.