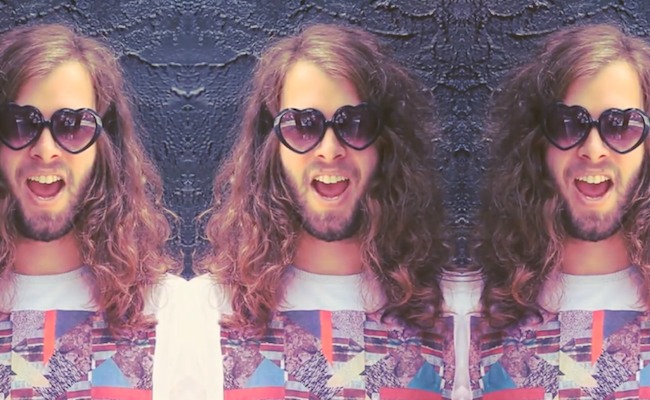 Must Watch Music Videos: Ghost Beach Has “Been There Before”

You can add NYC band Ghost Beach to the ever-growing, unending, awe-inspiring, massively daunting list of bands we’re crazy excited to see this year at SXSW. Aptly self-identified as “tropical grit pop,” this New York based duo is making big waves heading into this year’s all encompassing music and media festival for their upcoming album.

Last spring they made waves as well for their habit of giving away their tunes for free, which earned them a feature in The New York Times. Boasting a debut album full of pop heavy tunes with synths galore and fair amount of epic guitar solos, the group’s atmospheric punk vibe lends easy comparisons to Depeche Mode or The Police. And with the momentum they’ve built up so far, it’s a safe bet that they may eventually become as well regarded as the previously mentioned pantheons of 80s pop awesomeness.

The band’s latest video for “Been There Before” depicts a kaleidoscope of colors while singer Josh Ocean belts out a hook that’s so good you’ll forget you’re hearing it for the first time.

Ghost Beach is made up of Ocean and Eric Mendelsohn, both former members of another NY group, TV/TV. They’ve since regrouped and are releasing their debut album under Ocean’s imprint Crazy Heart Records.

With the amount of buzz they created with only a few singles out, the new record is much anticipated and is sure to deliver. You can stream it now on Crazy Heart’s website and expect to see the group touring extensively in support starting in Austin. Or, if you’re in the NYC area, you can catch the duo at their album release party Wednesday night at Baby’s All Right in Brooklyn.

As always, make sure to subscribe here for more info. If you find yourself in Austin during SXSW, feel free to drop the INDMUSIC team a line!