At 24 Million YouTube Subscribers, PewDiePie Decides To Scale Back 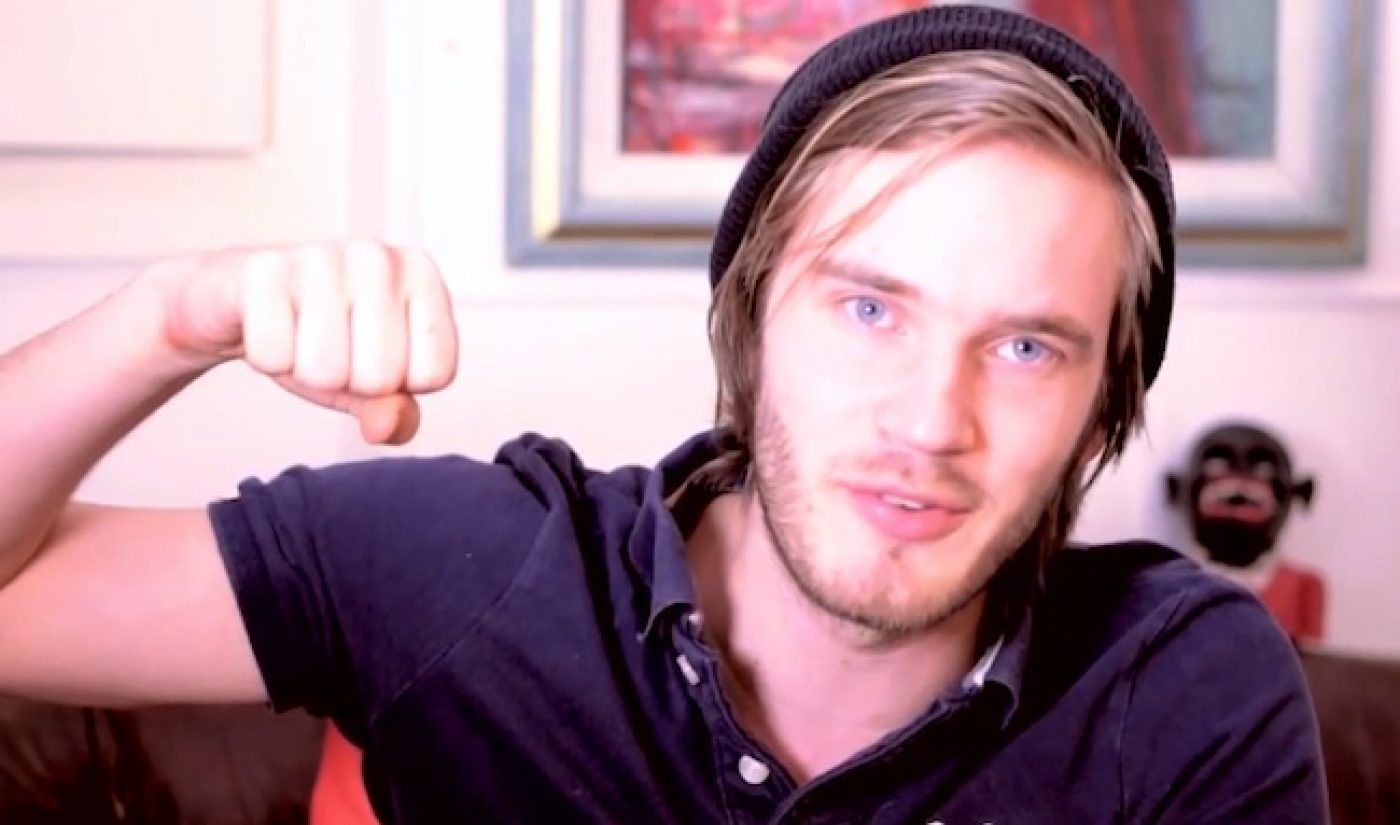 The 24-year-old Swedish gamer’s YouTube home for his collection of Let’s Play videos and the occasional personal vlog has consistently grown its subscriber base by one million views every two or so weeks for the past three or so months. That equals out to a rough rate of approximately 76,923 new subscribers per day, 3,205 per hour, 53 per minute, and one new subscriber every 1.12 seconds.

The speed and consistency with which Kjellberg has grown his fan base (aka Bro Army) is impressive, to say the least, and shows no signs of slowing down anytime in the near future. Unless, of course, Kjellberg takes a break to make less videos, which is exactly what he plans to do. In his latest update to his fellow Bros, Kjellberg explains how “being the biggest channel on YouTube can be overwhelming sometimes,” and announces his plans to “take one day off a week, at least” where he doesn’t upload anything at all.

That means his regular and rather prolific output of five to seven videos a week will be cut down to four to six. To the lay YouTube viewer, it may not seem like a major programming shift, but as creators who YouTube for a living know, this type of change can run the risk of alienating a decent-sized portion of an audience that’s been conditioned to receive a specific quantity of new content every seven days. Kjellberg hopes his fans will understand. “There is more to life than just making videos,” he says in the vlog, and he simply needs a little bit of a break.

So why doesn’t Kjellberg hire some help? An editor or two could allow him maintain his video output and the revenue generated by PewDiePie’s 260+ million monthly video views certainly affords him the opportunity to bring on a small full-time staff. But Kjellberg doesn’t want to make the business of PewDiePie anything much bigger than himself.

“I want YouTube to be YouTube,” he explains in the video. “There are so many channels now that are just big companies…I’m just one guy and I still manage somehow and I hope that can inspire people. If Pewds can do it, you can do it. Go chase your dreams, Bros.”