‘Epic Meal Time’ And Arnold Schwarzenegger Team Up For The Kids 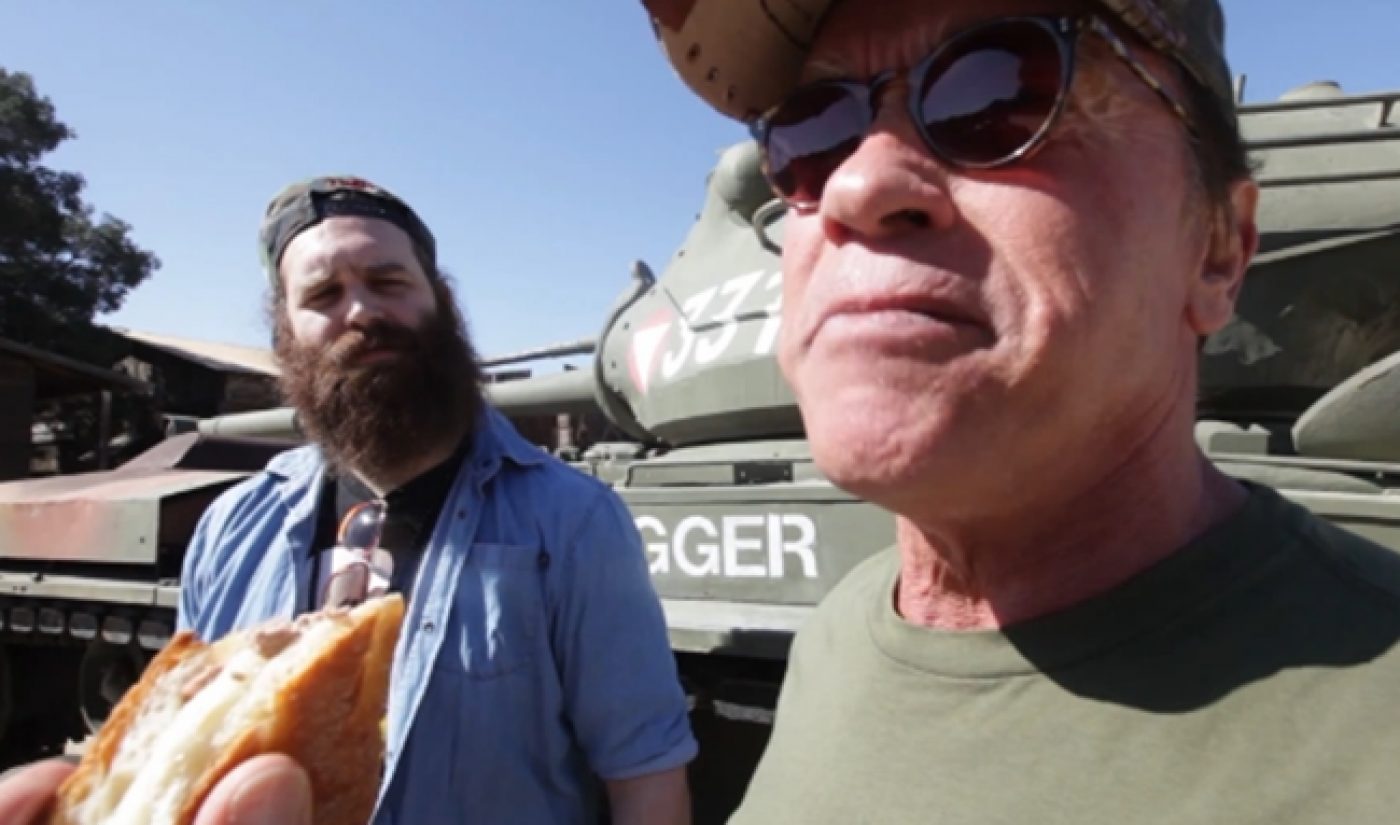 In a collaboration of infinitely awesome proportions, Arnold Schwarzenegger has teamed up with Epic Meal Time. The bodybuilder/actor/Governator appears in the most recent episode of the Internet’s most popular cooking show as part of his work with the After-School All-Stars charity.

Ahnold is no stranger to the Internet. He is a regular on Reddit and has previously used YouTube to raise money and awareness for After-School All-Stars, which provides after-school programs in America’s inner cities. This time, he joins Epic Meal Time to make a gigantic “Steak and Egger” sandwich totaling nearly 80,000 Calories (which is a feeble total compared to some of EMT‘s recent monstrosities). The video includes a part where Schwarzenegger fries bacon on the surface of a tank, thus allowing the Internet to achieve maximum masculinity.

On Epic Meal Time‘s side creator Harley Morenstein released a video explaining how the collaboration came together. The Sauce Boss also took to Reddit for an IamA Q&A session, which featured a schnitzel-themed cameo from Schwarzenegger.

As part of the team effort, both Schwarzenegger and Morenstein are supporting After-School All-Stars on Omaze, the platform that lets celebrities use exclusive rewards to raise money for the charities of their choice. By donating to Schwarzenegger’s fund, contributors enter to win a chance to ride with him in a tank. Meanwhile, Morenstein’s chosen winner will get a chance to make the aforementioned schnitzel meal with EMT and Ahnold. If you’re fixing to join in on what will be a rendezvous for the ages, now’s your chance.