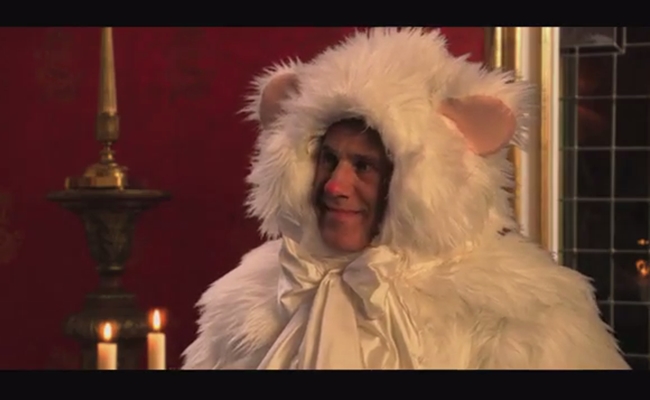 On March 2nd, the best films of 2013 took home trophies at the Academy Awards, but during his post-Oscars show, Jimmy Kimmel imagined a few films that never quite made it to the big screen. He debuted four fake trailers inspired by some of the most famous viral videos in YouTube history and loaded with star talent.

Each of the four films focuses on a specific YouTube smash hit. There’s Ameowadeus, a mashup of ‘Keyboard Cat‘ and Amadeus; Sweet Brown: Ain’t Nobody Got Time For That, which turns its titular video into a comedy film; Bitman Begins, a gritty reboot of ‘Charlie Bit My Finger‘; and David After Dentist Double Rainbow Oh My God! in 3D, a send-up of indulgent Baz Luhrmann movies that parodies a pair of beloved viral videos.

Kimmel’s post-Oscars show is known as a star-studded affair, and its four spoof trailers each feature all-star casts. Among other highlights, we get to see the Hemsworth brothers as the ‘Charlie Bit My Finger’ boys, Samuel L. Jackson as a foul-mouthed dentist, Barkhad Abdi as young Barack Obama and a Matt Damon cameo interrupted by the real Sweet Brown.

The best of the four shorts, though, is Ameowadeus, which is probably the only time we’ll ever get to see multiple two-time Academy Award winners dress up in animal suits and imitate Internet animals for our amusement. Kimmel himself gets bonus points for his spirited rendition of Dramatic Chipmunk. Skip to 0:22 if you’re not interested in watching an ad from brand sponsor Captain Morgan.

These references will make YouTube fans wonder if they’ve been sent back to 2007, but the outdated references don’t stop the trailers short of greatness. Kimmel could’ve gotten his YouTube references up to date, but, as we all know, ain’t nobody got time for that.