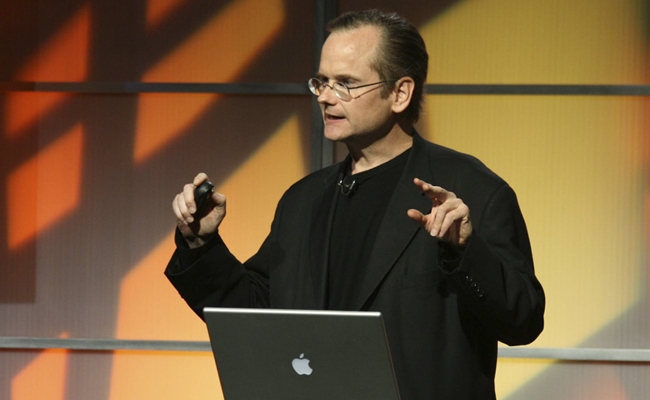 Last October, Creative Commons founder and Harvard Law professor Lawrence Lessig sued Australian record label Liberation Music, which had previously issued a ContentID claim on one of his videos. Six months later, Lessig and Liberation have settled the issue out of court, with Liberation agreeing to pay any lost compensation to Lessig.

Lessig’s dispute with Liberation began when the label issued a ContentID claim on his video ‘Open’, which contains the song ‘Lizstomania’ by French electro-rockers Phoenix. Unfortunately for Liberation, Lessig included the song as an example of fair use, so when the ContentID claim arrived, he was not happy. In his mind, putting a claim on a video without informing the defendant about fair use represents a “bad faith lawsuit” that should not be allowed to stand. Lessig then countered Liberation’s claim with a lawsuit of his own.

As part of the settlement, Liberation has also vowed to “ensure that mistakes like this will not happen again.” Phoenix has also issued a statement on the matter, saying that “we absolutely support fair use of our music. And we can only encourage a new copyright policy that protects fair use as much as every creators’ legitimate interests.”

It’s nice to see someone like Lessig win a battle against ContentID, especially given all of the tumultuous events that have surrounded YouTube’s copyright claiming system in the months since he first filed his lawsuit. At the same time, Lessig was barking up the wrong tree from the start. Liberation was only enforcing the policy set forth by YouTube. If Lessig really wants to change the system, he should champion the recent fight against ContentID. Creators could use more smart law professors on their side.