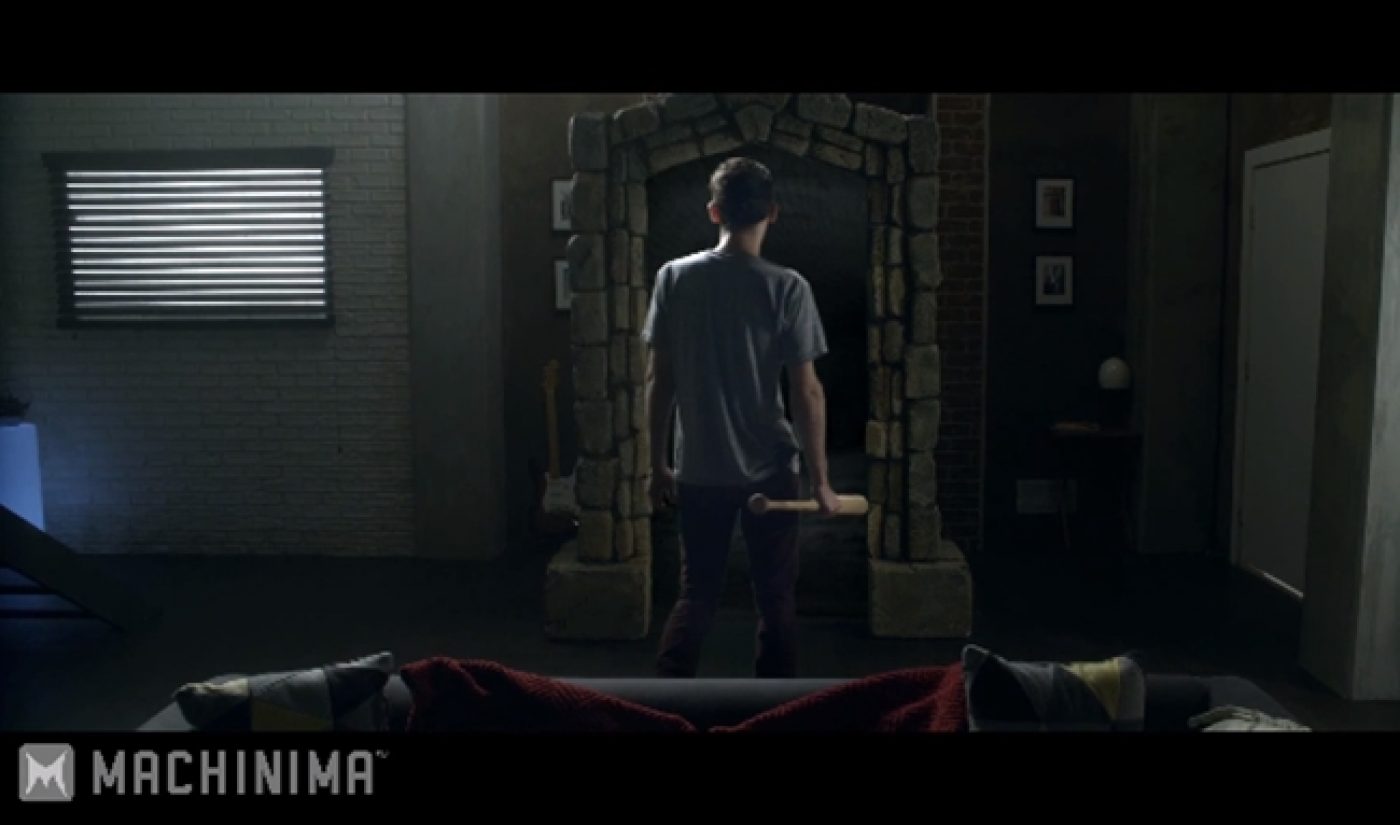 The latest short film on the Machinima Prime channel plays out a classic gamer fantasy: What if I was the main character? The film is called Game World, and it follows an ordinary joe as he gets off the couch and jumps into the world of his favorite video game.

Game World stars Joaquin Pastor as Monty, an extraordinary lazy couch potato who is determined to find a secret level in his favorite 8-bit dungeon crawler. When he successfully enters the secret code, a portal opens up in his living room, inviting him to enter the titular game world.

The premise may first remind web series fans of Legend of Neil, which also sent a schlubby protagonist into a video game universe. If Game World were to become a full series, its closest comparison would be Ready Player One, the award-winning novel set within various classic video games. Creator Joe Miale (who previously helmed an Assassin’s Creed fan film for Machinima Prime) also finds time for some Freddiew-esque special effects that bring video game special effects into the real world. There’s also room in Game World for Monty’s girlfriend Jules (Rachel Williams).

Game World has its target audience squarely in mind, and though it doesn’t adapt a specific video game, it has much in common with the licensed video game web series we’ve seen on Machinima Prime in the past. Until gamers can actually peek into virtual worlds themselves, series like Game World are the closest thing to wish fulfillment.