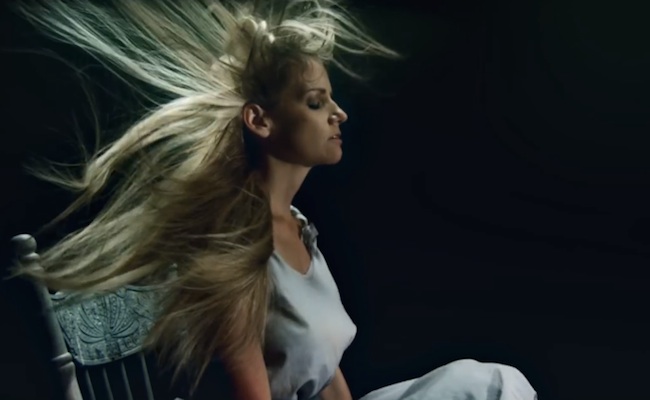 Nashville dream pop artist Katie Herzig has a knack for creating intensely complex soundscapes with a minimalist touch.  Her latest video for “The Waking Sleep” is a beautiful and hypnotic mural that floats you through the song in a pleasant daze.  The visuals are a representation of that odd feeling you get when you are half asleep and half awake in the throws of a lucid dream. Then, right as you finally take control of your subconscious and the dream hits the crescendo, the light shines in through your eyelids and you get yanked back into the real world of wakefulness.

“The Waking Sleep” is off Herzig’s critically acclaimed album of the same name but the video from director Shih-Ting Hung just dropped this month. And if it wasn’t obvious from the paragraph above, the video’s fantastic.

Herzig’s music has been all over the place the last few years. You’ll hear it everywhere from episodes of Grey’s Anatomy to trailers for recent Oscar nominee Saving Mr. Banks.  She also has an array of collaborations to on her resume, having co-produced a number of songs on the new Ingrid Michaelson album due out later this year, as well as contributions to RAC’s latest EP.

Herzig will be setting out on a massive tour beginning this spring in support of her new album “Walk Through Walls” out April 9. She kicks it all off in Austin at SXSW, so if you’re lucky enough to be heading out to the festival make sure you check out a set or two. (The INDMUSIC team will also be out in Austin this year for SXSW so if you’re out there for Music be sure to drop us a line!) Hop on board early and pre-order a copy of her new album and, as always, subscribe to her channel for more new videos!