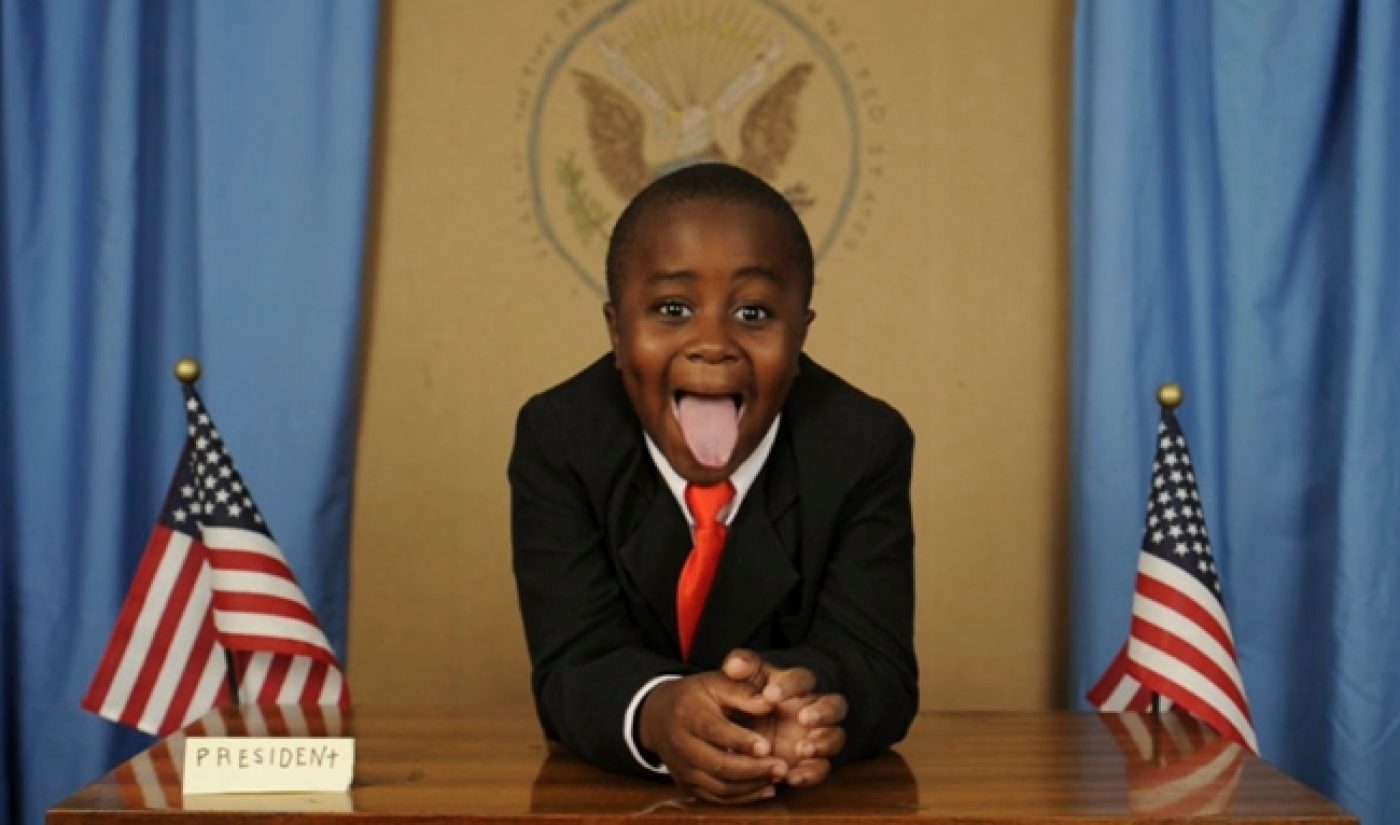 In 2009, Rainn Wilson launched SoulPancake as a website dedicated to thoughtful subjects. Three years later, the SoulPancake YouTube channel arrived, and in 2014, thanks in large part to a plucky 10 year old named Robby Novak, that channel has crossed a million subscribers. We spoke to the SoulPancake team about the channel’s expansive and eclectic content library.

Tubefilter: What do you have to say to your one million YouTube subscribers?

SoulPancake: First and foremost, THANK YOU! We would never be where we are today without the support of our audience. Secondly, let’s keep going! There is more joy and positivity to be shared, so don’t stop subscribing now!

TF: Kid President is obviously the channel’s breakout star. Why do you think he’s become so popular?

SP: Robby (Kid President) and Brad (the man behind the camera) are two of the most joyful, authentic people we’ve ever known. They genuinely make videos to make the internet more awesome, and the world a better place. Plus, they treat everyone like its their birthday!

TF: SoulPancake was a part of YouTube’s Original Channels experiment. Do you think being a part of that program significantly helped SoulPancake’s growth, and if so, how?

SP: YouTube has been an amazing support since we founded SoulPancake’s YouTube channel. Working with the YouTube EDU team, we’ve gotten to know and collaborate with a lot of amazing channels and creators which has been a huge help to our channel’s growth.

TF: Do you think that SoulPancake’s focus has changed since the channel was founded?

SP: We’ve grown a lot since we began making videos for YouTube. It’s been amazing to grow with our audience, try new things, and see what works. Although I think we’ve expanded a lot (and do more of a variety of types of content), all of our videos still come from the same place of trying to chew on Life’s Big Questions.

TF: The SoulPancake library is very eclectic. Is there a major theme that unites all of the channel’s programming?

SP: Definitely. SoulPancake storytelling surrounds this idea of trying to figure out what it means to be human. Stuff that makes you feel something; joyful, thought-provoking and positive. Although those feelings can present themselves in different forms and ways, I always like to describe it as that burning feeling inside your stomach when you see something that really makes you feel.

TF: The Impression Guys is one of the few TV-length sitcoms on YouTube. Why do you think it will succeed when a lot of other long-form scripted shows have not fared well?

SP: The Impression Guys is a show we really wanted to make. As soon as we saw the pilot, we knew how awesome it would be. It’s definitely a different choice to put up a half-hour scripted show, but we are really inspired by the creators and channels pushing the boundaries of what’s normal on the YouTube platform — so we wanted to try and do the same. We could have put the show elsewhere, but right now our core audience is on YouTube and we wanted to share it with them.

TF: We’re big Zach Anner fans here. How did Have A Little Faith get started?

SP: So are we! Zach is one of the most incredible people we’ve met, and we are so happy he’s part of the family. He came up with the concept for the show, and we knew it would be a perfect fit. It’s not always easy to talk about religion, and Zach touches on it in a really wonderful, disarming way.

TF: What’s on tap? Any interesting upcoming series on the horizon?

SP: We just premiered the second iteration of Science of Happiness, on the Science of Love — which we’re really excited about. We are also in production for season two of Have a Little Faith, which will premiere in March. In addition, we’re starting a new series up called The Fatherhood Project, all about what it means to be a dad. Plus much more!