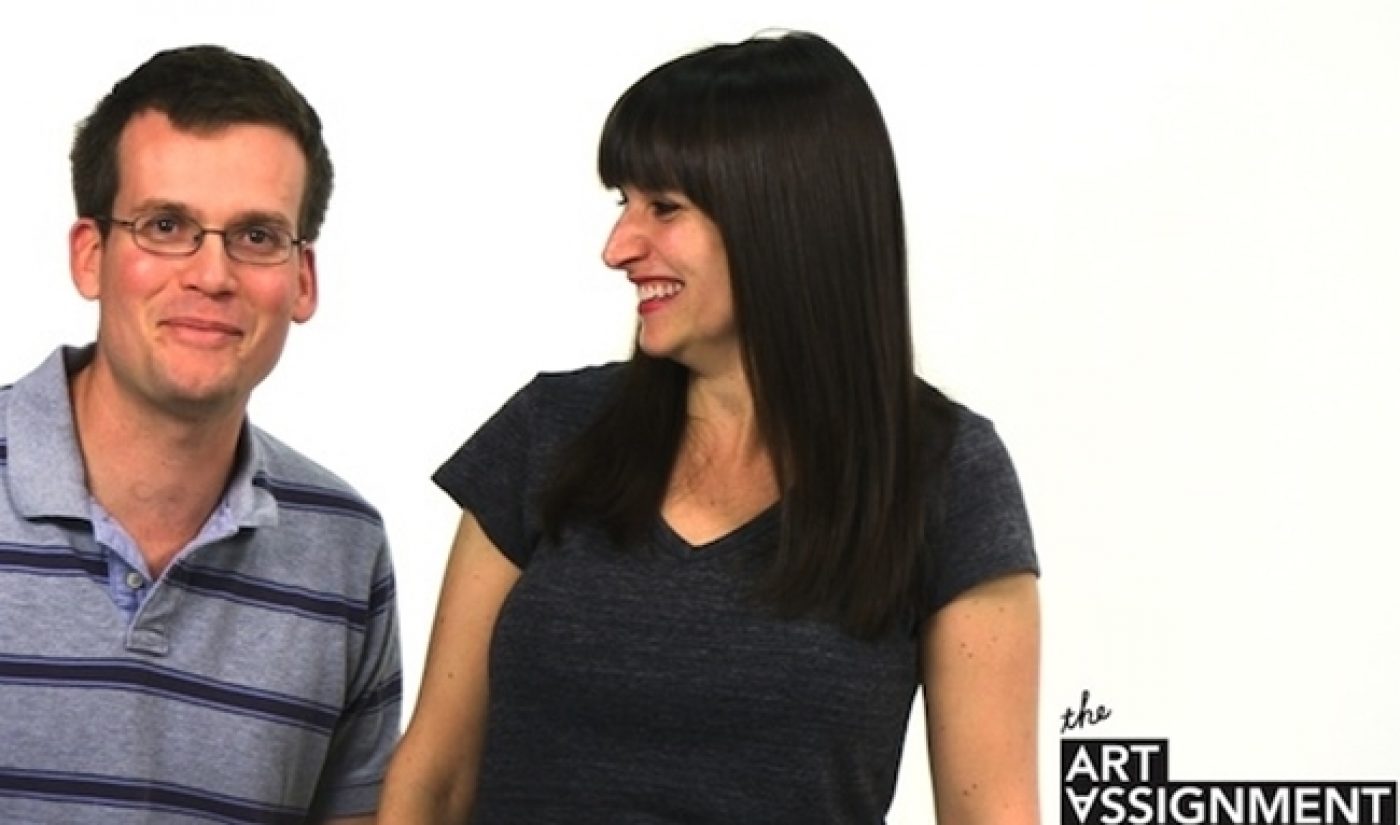 In Vlogbrothers videos, John Green often refers to his wife Sarah Urist Green as ‘The Yeti’, since she almost never appears on camera. Sarah may be a stranger to Vlogbrothers fans, but she now has a YouTube channel of her own. She is the host of The Art Assignment, a new series on the PBS Digital Studios multi-channel network that provides artistic challenges to YouTube viewers.

The Art Assignment draws from Urist Green’s experience as the former curator of contemporary art at the Indianapolis Museum of Art. In each episode, she will meet up with a specific artist, who will complete some sort of challenge related to his or her craft. Viewers are then asked to perform the same challenge and share their results on Twitter under the #TheArtAssignment hashtag.

John Green serves as the channel’s executive producer and uses his influence to attract fans. He also appears in the first episode, serving as the dope who needs his wife to explain how a physical journey could be considered art.

The Art Assignment is the latest addition to the extended Green family’s growing YouTube empire, which includes channels like Vlogbrothers, Mental Floss, and Hank Games. It’s also another hit for PBS Digital Studios, which is on a roll right now.

Judging by YouTube comments and properly-hashtagged tweets, several viewers are already planning their ‘meet in the middle‘ journeys just hours after the debut episode’s release. Expect the level of fan engagement to trend even higher as new episodes come out each Thursday.