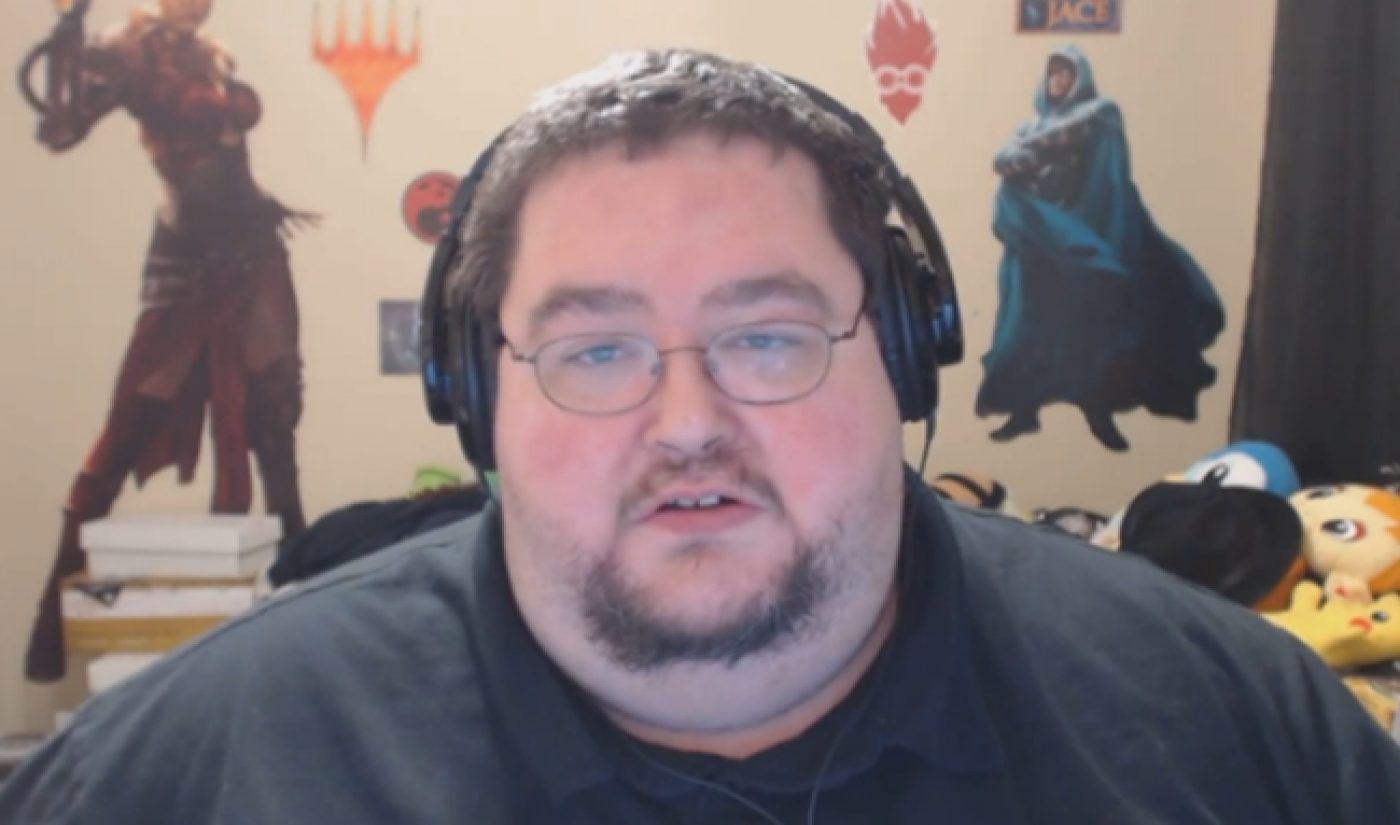 On the surface, popular YouTubers seem to have it easy. They get to make a decent living playing video games or applying makeup or chatting with their fans. However, a number of YouTubers have recently expressed the ways in which the negative side of YouTube fame–the abusive comments, the trolling, the negativity, etc.–can take its toll. Most recently, YouTuber Boogie2988 succinctly summarized the drawbacks of Internet fame through one of his trademark rants.

Boogie2988’s rant is a response to YouTube gamer TotalBiscuit‘s recent announcement that he would remove himself from his own subreddit and continue to disallow comments on his YouTube channel. In a Reddit comment, TotalBiscuit explained that constant abuse from his fans “keeps me awake at night” and likened it to “death by a thousand cuts.”

Fellow YouTuber NerdCubed agreed with this sentiment. “The community is toxic because they think you’re their friend,” he said in a Reddit post of his own. “When they don’t like something they won’t just dislike and move on, they’ll take it as an attack on our ‘friendship’ and respond in kind.”

Boogie’s video wraps up this sentiment in a well-composed eight-minute rant. As with many of his other monologues, it’s an important watch for anyone interested in the work life of a YouTuber.

Of course, there is a flipside to this issue, and many of the commenters on Boogie’s video think he should be grateful that he gets to make a living doing what he loves. This is a valid counterpoint, one Boogie acknowledges:

“This job is…technically easier, but there is a price, and the price is hateful emails, the price is hateful tweets, the price is having people harass you in public and online. It’s to have people try to f**k with you, to dox you…to try to hack into your account, to f**king deliver pizzas to your house…to put nasty disgusting things in your PO box, to harass you, to destroy you, to wreck you, to tear you apart, simply because they know who you are, for the lulz, for the laughs, for the fun.”

It’s an interesting discussion, similar to the one Emily Graslie opened a couple months ago. No matter where you stand on the issue, it’s important to understand that trolling is a nasty enterprise and can be far more harmful that it seems on the screen.