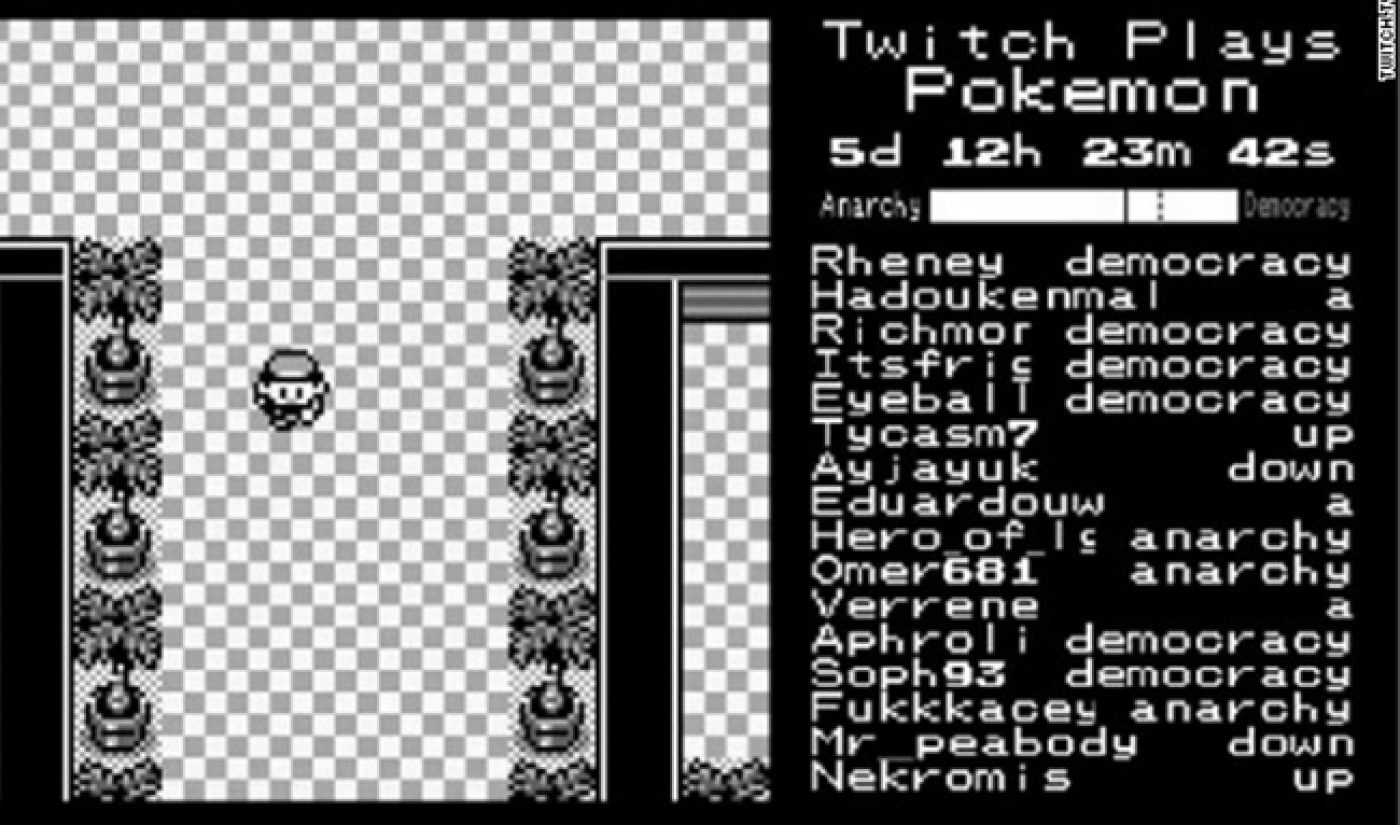 If you’re looking for the reason the Internet exists, look no further than Twitch Plays Pokemon. The TwitchTV live stream combines on-demand video, coordinated worldwide activity, and pop culture, and it is rolling up views by the million.

The premise of Twitch Plays Pokemon is simple: A bot translates chat comments like “left” “start” and “a” into corresponding button presses within a game of Pokemon Red. With this system, anyone commenting on the game stream can control the on-screen character, leading to a constant stream of inputs.

As you might imagine, this has caused total chaos. 80,000 people all trying to enter their own commands turns even the simplest tasks (such as walking in a straight line) into an exercise in futility. To make things more difficult, Twitch operates on a 20-40 second delay, which means that commands only appear in the game well after their intended timing, at points where they do more harm than good. Since this is Internet, there are also plenty of trolls who are purposefully entering bad commands.

The result has been a game stream that has run for nearly seven days without coming close to beating the game. The more futile the situation, the more popular Twitch Plays Pokemon gets. As of posting, the game has 15 million total views and nearly 80,000 simultaneous viewers, almost four times more than the next-most viewed Twitch stream.

Of course, media exposure only adds new players, but Twitch Plays Pokemon should be as chaotic as possible. It is a unique, interactive experiment in live video, and watching it helps us appreciate the simple things in life. Specifically, I now appreciate more than ever my ability to walk across a room without first taking 75 wrong turns.