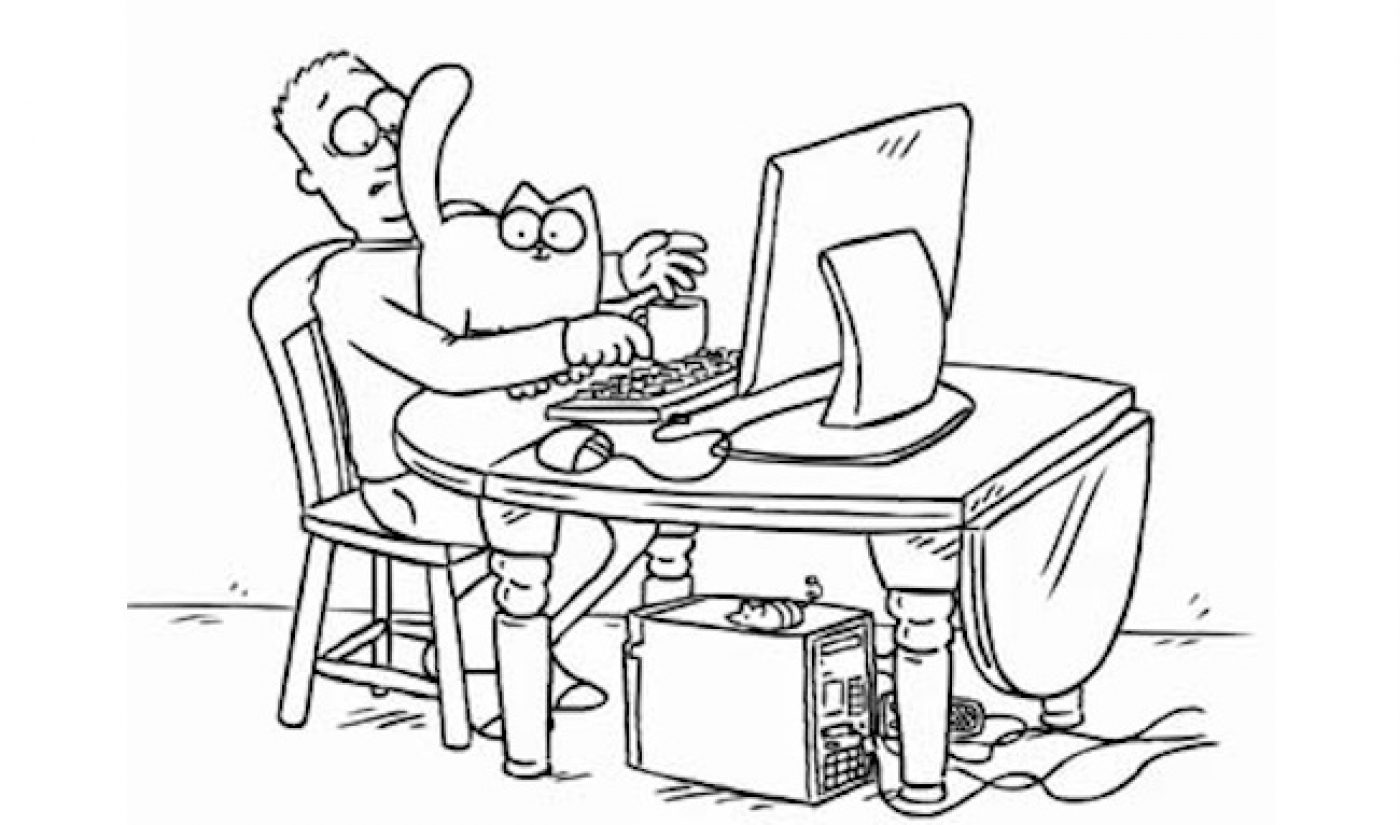 Simon Tofield’s path to internet stardom began in 2008 when the iterated off of one of the internet’s most perennially popular themes: cats.

The British animator uploaded a one-minute-and-37-second cartoon of a crudely drawn but oh-so-cute feline trying to wake up its human owner in a variety of both animal and anthropomorphic ways. The video’s since received over 47 million views and launched a burgeoning animation franchise under the banner of Simon’s Cat. It includes a YouTube channel now in possession of over 2.7 million subscribers and 471 million aggregate views, no less than four books, and a relationship with one of the most renowned animation executives in the business.

Fred Seibert’s Channel Frederator Network today announced Simon’s Cat has joined its animation-oriented YouTube multi-channel network. Tofield’s channel is the most recent addition to the MCN that currently boasts more than 30 million views a month across its over 130 networked channels, among which are other notable animation destinations like Seibert’s own Cartoon Hangover (which was a recent addition to the YouTube Millionaires club) and Jason Steele’s FilmCow (which is home to the Charlie The Unicorn series).

“We are honored to work with the phenomenal talents behind Simon’s Cat, who are truly proof of the fact that the internet has ushered in a new golden age of animation,” said Seibert in the release. “We are glad to help introduce new audiences to Simon’s Cat and to introduce the show, as well, to the existing viewers in the Channel Frederator Network.”

The Channel Frederator Network will handle all advertising and distribution for Simon’s Cat and will do its best to grow the channel’s audience on “YouTube and beyond.” The YouTube part is relatively straightforward. Channel Frederator will take the techniques and tactics its used in growing its own channels to further build the audience of and fan base for Simon’s Cat. It’s the “beyond” where things could get interesting.

Seibert’s Frederator Studios currently has two cartoons on cable television (Fairly OddParents on Nickelodon and Adventure Time on Cartoon Network) and recently facilitated a successful crowdfunding campaign for an on video series to the tune of over $872,000. Bearing all that in mind in addition to Seibert’s pedigree (the guy helped establish MTV as a critical component of pop culture before heading over to executive roles at Nickelodeon and Hanna-Barbera), it’s not difficult to imagine Simon’s Cat showing up on cable television or raising capital to fund bigger projects sometime in the very near future.

“I’m absolutely thrilled that Simon’s Cat has joined the Channel Frederator Network on YouTube,” said Tofield in the release. “Fred Seibert and his team have been able to curate some of the most exciting animation creators in the world right now, and it is an honor to appear alongside them.”