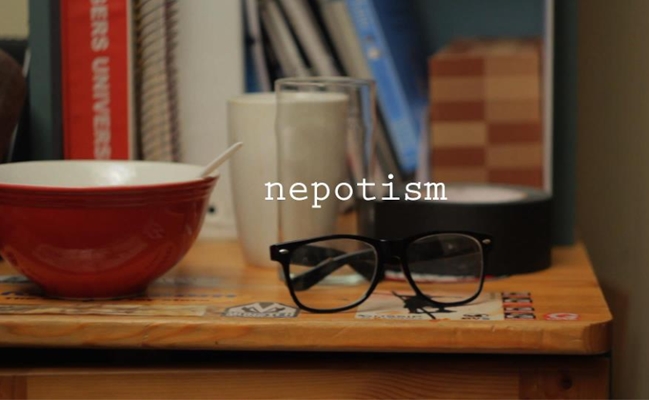 Winners are no fun. I’d much rather watch characters who screw up in a myriad hilarious ways then follow cheery protagonists as they overcome trials and make something of their lives. Nepotism is the latest web series to understand this appeal. Nothing ever goes according to plan, and that makes for big laughs.

Nepotism is a sketch series created by Macarony Productions, a New Jersey-based studio that has released everything from drama to comedy to commercial work. Nepotism, however, is Macarony’s crown jewel: It spans more than 40 episodes and counting, with each one running around two minutes.

Macarony calls Nepotism “A Series Of Unfortunate Events” (no, not that one), and that’s a fairly accurate description; whether they are falling for scams, getting pickpocketed, or initiating undesirable threesomes, the series’ characters can never catch a break.

The cast rotates, but Nepotism‘s clear star is Jon Bershad, who recurs as a screenwriter named Dan Maddox. With his dorky glasses, unique inflection, and impeccable timing, he manages to turn very simple sketches into comedy gold.

In addition to its home on YouTube, Nepotism has also been featured on Funny or Die. There’s a nice large archive to peruse, so get clicking.