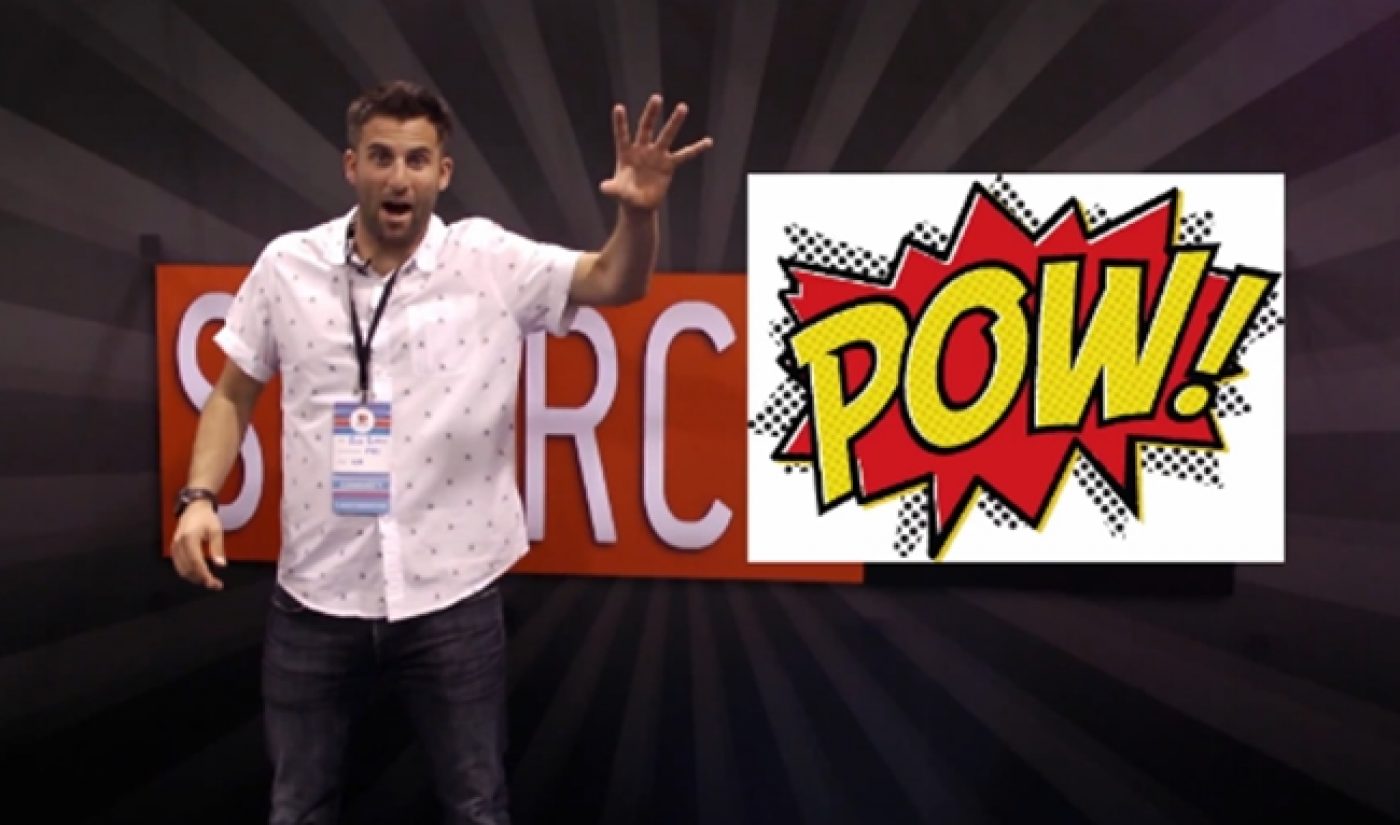 Many people find PBS too boring, stale, and forgettable (Downton Abbey excepted), and the network’s digital wing is out to change perceptions. PBS Digital Studios has debuted its first fictional web series, a biting comedy called Everything But The News.

Everything But The News is an equal opportunity offender. The first episode, titled ‘What Would Jim Lehrer Do?’, takes host Steve Goldbloom on a journey to Vidcon, where he interacts with online video creators and fans. Throughout the course of the five minute episode, Everything But The News takes shots at everything from the Vidcon crowd (“I feel like I’m in a bad version of Degrassi junior high”) to the fast-talking, quick-cutting style employed by many YouTube vlogs.

Everything But The News‘ favorite target, however, is itself. It makes fun of PBS’ staid journalism, its viewers’ dorky sensibilities (only in PBS circles could Jim Lehrer be equated to Jesus Christ), and its lack of appeal with the YouTube generation. The imitative vlog video Goldbloom ultimately puts together looks similar to an episode of PBS Idea Channel or Game/Show.

Future episodes will take Goldbloom to San Francisco, where he will do the same thing he did to Vidcon to the Silicon Valley tech scene. As John Oliver recently reminded us, that’s an industry ripe for satire.

I wouldn’t have pegged PBS as a purveyor of brilliant satire, but that exactly what Everything But The News is. Even when it’s making fun of itself, the network’s digital network continues to churn out winners.