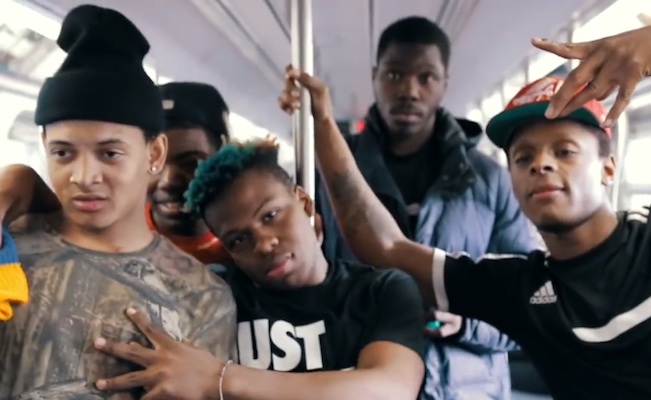 Must-Watch Music Videos: Breakdance On The Subway To Canon Logic

The Wild Honey Pie is known for creating masterful content featuring new and upcoming acts before they make it big. Their forte is their use of breathtaking cinematography and impeccable live recordings to create wholly unique performance pieces for their artists.

Last month they debuted a new video for NYC based band The Canon Logic as part of their series, Official. A departure from their usual live content, the piece features Wild Honey Pie’s signature camera work throughout the New York City subway system.

If you’re a resident of the fine city of New York, you’ve no doubt encountered some amazing things in our subways. It’s safe to say that one of the greatest things about this city is that you can find unbelievable talent during something as mundane as your commute to work. Sometimes you’ll see amazing musicians, or maybe just a dude with a knack for blowing a horn. But every now and then you’ll get treated to a performance from a super talented dance crew like The WAFFLELIFE. Here they are cutting a rug throughout one of the most-used public transportation systems in the world.

The music video is dubbed ‘IBOK’ and it’s the culmination effort of three equally impressive creative elements. One, Canon Logic’s upbeat, fun, and catchy tune. Two, the breakdancing show-stopping footwork of The WAFFLELIFE. And three, the camera work and direction from The Wild Honey Pie. Collaboration is fuel for creativity and ‘IBOK’ is the result of a successful marriage of the two.

Aside from putting on shows in the subway, The WAFFLELIFE has been featured in a number of videos and should be getting attention from YouTube Networks like DanceOn very soon, so make sure to subscribe for more from the them. You can find more from Canon Logic including upcoming tour dates and info about new releases here. The Wild Honey Pie just came back down from their On the Mountain series which will be rolling out soon, so subscribe to their channel for more amazing content.