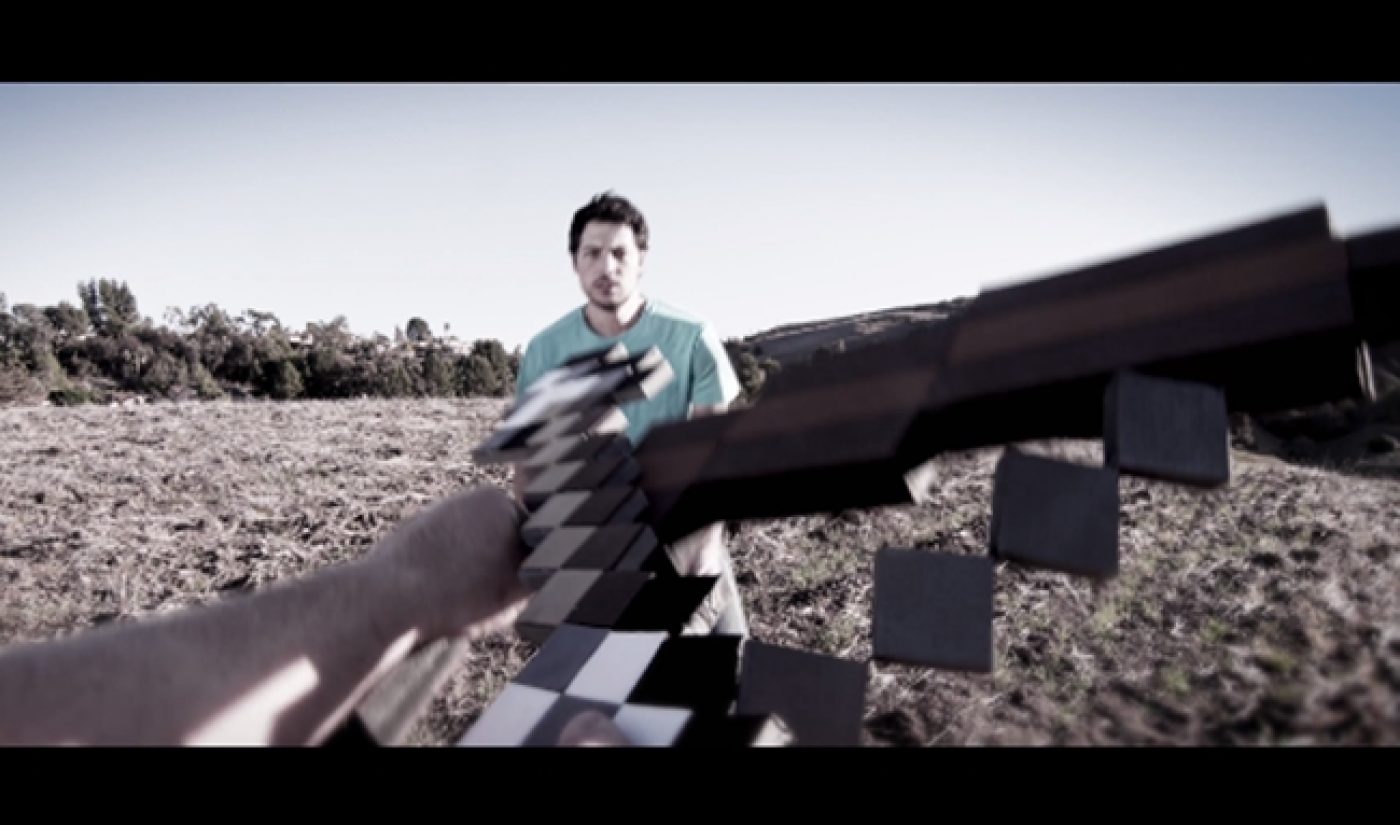 UPDATE: This project has been cancelled. Apparently, Laatsch never did getting around to securing the blessing of Mojang, the company behind Minecraft. Therefore, Minecraft creator Markus “Notch” Persson explained on Twitter that he would not allow Birth of Man to go forward:

We don’t allow half a million kickstarters based on our ip without any deals in place. :/

Laatsch has now closed his project, and unless he secures licensing from Mojang, his film will go the way of Dark Knight Legacy. Oh well. It would’ve been a good one.

Freddie Wong’s third Video Game High School crowdfunding campaign has received plenty of attention, but the other half of the Freddiew channel has launched a massive Kickstarter project of his own. Brandon Laatsch is behind Birth Of Man, a feature-length fan film adaptation of the hugely popular video game Minecraft.

Laatsch introduced Birth of Man with a 90-second teaser on the Freddiew channel. It establishes the film as a classic ‘hero’s journey’ coming-of-age story, but as with most Rocket Jump productions, the visual effects shine the brightest. Though Birth of Man will be live action, it is set within the blocky Minecraft world, and Laatsch has done a great job of translating the game’s grid-based commands onto the screen.

As Laatsch explains in his pitch video, he was inspired to create a feature film based off Minecraft after being disappointed by Hollywood video game adaptations. He notes that the world of Minecraft is an ideal canvas. “To me, Minecraft is the perfect video game to adapt to a film,” he claims. “I think the reason is that it doesn’t have a character, it doesn’t have a story, which to me is actually a big benefit, because we can come up with our original story [and] our own original characters.”

Minecraft‘s huge, incredibly devoted fan base gives Laatsch an opportunity to raise a very significant amount of money. He is asking for $600,000, and just one day after launching his campaign, he has already raised more than $62,000. Laatsch’s goal is ambitious, but there should be enough demand for him to strike diamond.