Hannah Hart’s ‘My Drunk Kitchen’ Book Is Now On Sale 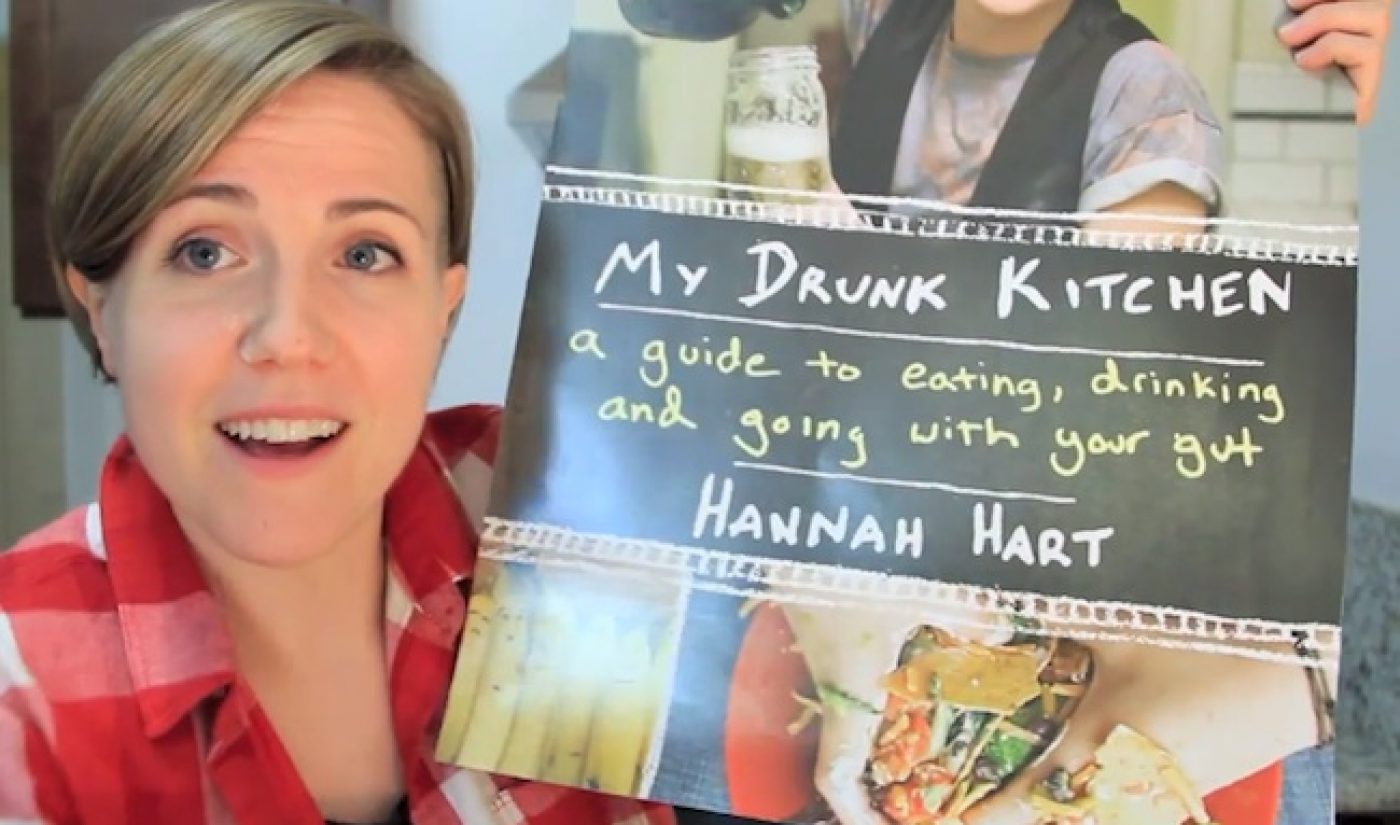 The food-porn addicts at Epic Meal Time aren’t the only prominent YouTube stars to embrace one of the oldest forms of traditional media. Hannah Hart went and got herself a book deal, too.

The Streamy Award-winning host of the online video hit My Drunk Kitchen turned her series about a girl with great culinary intentions and an easily accessible supply of alcohol into a 240-page pen-and-paper version replete with recipes, stories, full-color photos, and drawings to inspire your own “adventures in tipsy cooking.” Here’s a taste of what specifically will be inside My Drunk Kitchen: A Guide To Eating, Drinking, And Going With Your Gut, published by Harper Collins‘ It Books imprint:

The book went up for pre-sale on Amazon on January, 31 2013, where it quickly shot up as high as #37 on the Amazon Bestsellers List of All Books. (It’s now at around #280, which is still incredibly impressive.) The release date of this latest iteration of MDK is set for August 12, 2014, at which time, Hart will be able to scratch at least one item off her bucket list.

“I’ve been working on this book for YEARS. Literally years. It’s my baby,” Hart explained over email. “It’s been my lifelong dream to write a book and I can’t believe it’s finally coming out this August.”

Hart, in her own words, explains the My Drunk Kitchen book as a collection of “narrative comedy essays in recipe form with pictures,” which kind of sounds like an updated version of M.F.K. Fisher’s An Alphabet For Gourmets for Generation Y (which more than kind of sounds fantastic). The author also did all the food preparation and styling for the photographs featured in the book (which is no easy task), while Robin Roemer (who Hart worked with on photos for her Hello, Harto world tour) handled the camerawork.

Pre-order your copy of My Drunk Kitchen: A Guide To Eating, Drinking, And Going With Your Gut today and come August you’ll always be able to whip something up when your friends demand you show them where their noms at.