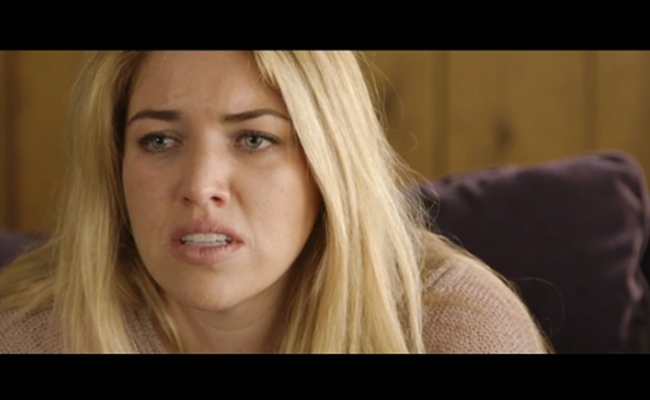 Anna Akana and Ray William Johnson introduced their new studio with the bombastic Riley Rewind, but Akana’s latest product is much smaller and more introspective. She stepped behind the camera to helm Hallucination, a three-minute short film about a mental health patient.

Hallucination was written and directed by Akana and is a sharp departure from the vlog-style videos she usually features on her channel. The film stars Alexis Dickey as a mentally ill woman who is stalked by a figment of her imagination. Hallucination, which was DP’d by online video vet Lan Bui, looks great, though the story itself is ultimately a simple one. Still, it’s artistic yet easy to digest, making it something along the lines of ‘Vimeo entertainment for the YouTube crowd.’

Akana plans to create 11 more shorts before the year is up, which will help fill out the catalog of her Runaway Machine studio. Meanwhile, Johnson will use the studio for his own series of projects; while he is not involved in Hallucination, he and Akana will likely work together on several more films, as they did for Riley Rewind, which debuted last December.

Akana’s vlogs showed her knack for clever editing, and Hallucination only furthers that point. It’s not perfect, but it’s intriguing enough to get us excited about her next short piece.