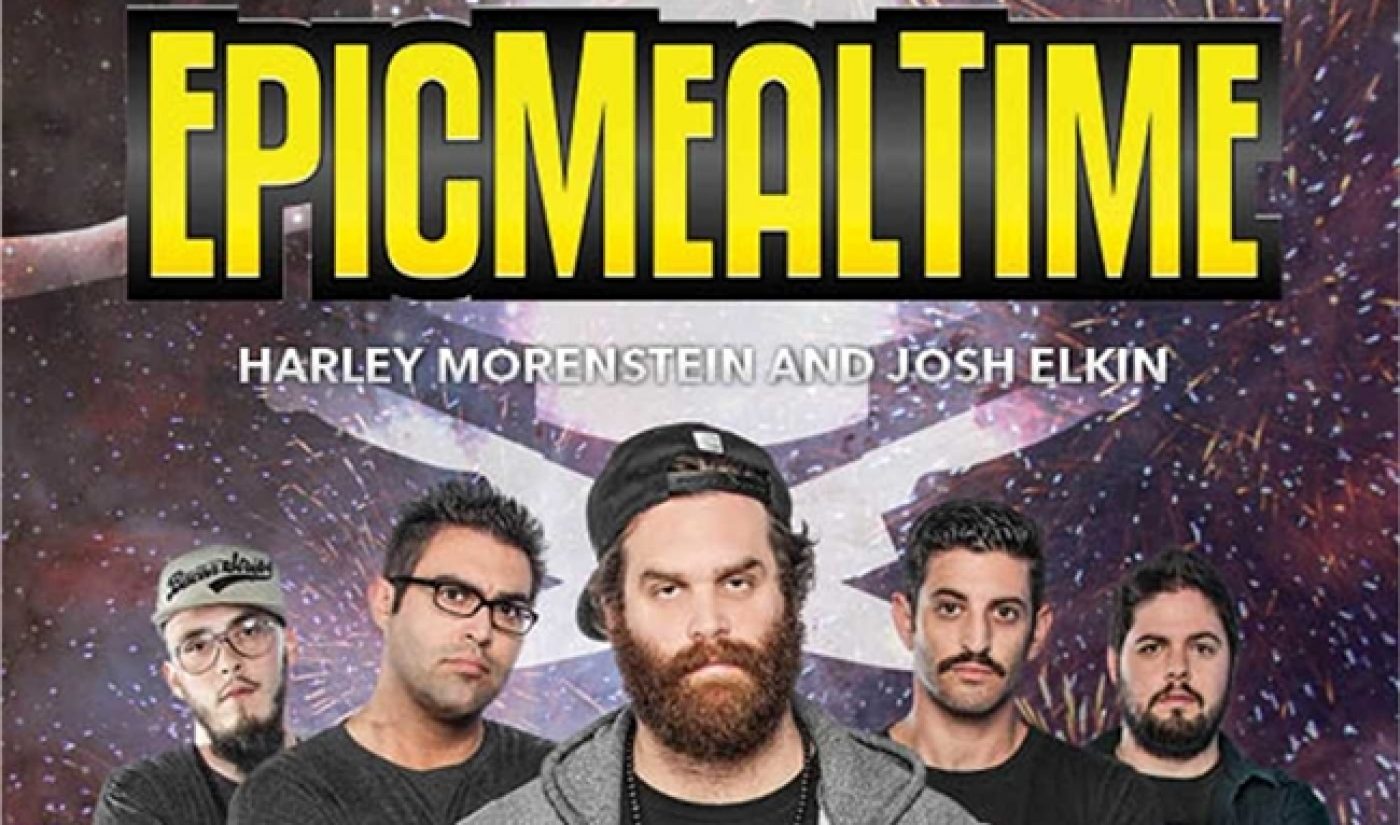 It’s been more than three years since the Epic Meal Time crew famously shoved five birds in a pig and called it Thanksgiving dinner. Since then, the popular YouTube channel has become a full-on brand, and ringleader Harley Morenstein has managed to expand his web presence into a full YouTube empire. The latest extension of the Epic Meal Time name is a professionally-published cookbook that teaches readers how to make the channel’s signature super-sized creations.

Epic Meal Time previously released a cookbook through its official store, but the new edition improves on the original in several ways. It includes more recipes (including five completely new ones), professionally-done photography, and a spot on Amazon, where it is currently available for preorder ahead of its March 25th release date.

Morenstein and Josh Elkin (who, as anyone who has seen Handle It would know, is clearly the culinary brains behind this whole operation) are credited as the cookbook’s authors and took to the Epic Meal Time channel to announce its arrival. “We are gladly dying for you, slowly, on YouTube, as we get fatter and break inside,” joked Morenstein. “You deserve a big f**king thanks.”

The most important improvement in the new cookbook is its price. It is half the price of the original, thanks to a deal with publisher Gallery Books. It now costs only $15 to pick up a book that will destroy your health in the tastiest, most epic way possible. Big Epic Meal Time fans who aren’t worried about their waistlines should pick it up ASAP.