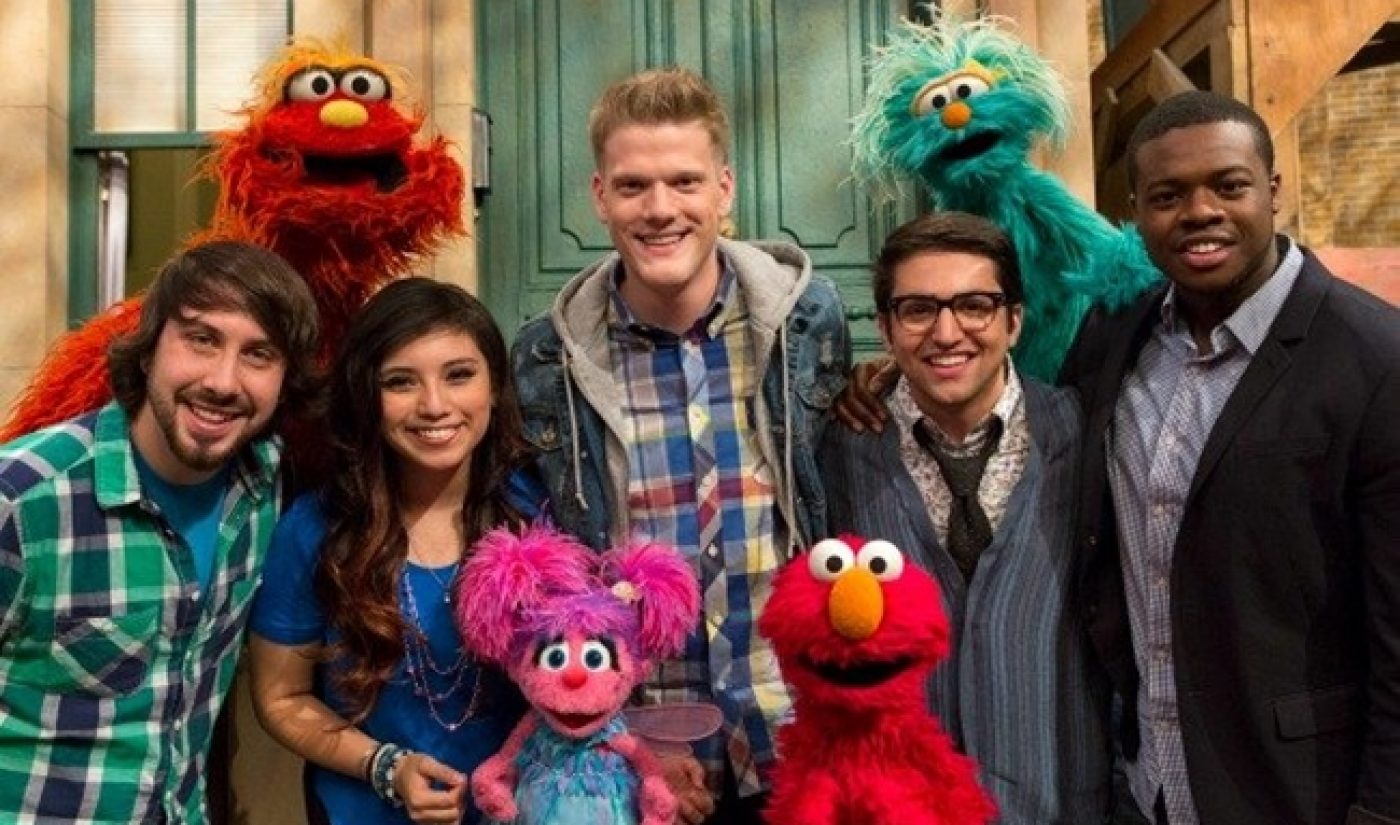 YouTube a cappella superstars Pentatonix have been flying high since November, when they released a well-received album and scored a huge viral hit with an impressive Daft Punk medley. The group’s latest foray takes its five members to Sesame Street, where they teach kids to count in the most harmonious way possible.

As you might expect, the three minute song is very pleasant and sing-songy and generally very easy for small children to latch on to. The goal is to teach viewers how to count to five (which I seem to remember as someone else’s job), and there are five members of Pentatonix, so if you don’t see where this is going, you’re definitely over-thinking it a bit.

The most interesting part is the vocal display of Kevin Olusola, who is usually on beatboxing duty in the group’s videos. As it turns out, he can carry a tune himself, and he isn’t just a beatboxing machine. Go figure.

The song will appear on TV in the February 7th episode of Sesame Street, which will air as always on PBS Kids. By the time that date, the YouTube version will like have millions of views; two days after its release, it has already eclipsed 675,000 hits.

As part of their Sesame Street partnership, the members of Pentatonix also got to hang out with Cookie Monster. The lovable blue monster makes a cameo in a short a cappella mashup of ‘C Is For Cookie’ and ‘Rubber Ducky‘. I think Pentatonix needs to guard its sweets more closely, or at least put some fruit there as a counterbalance.