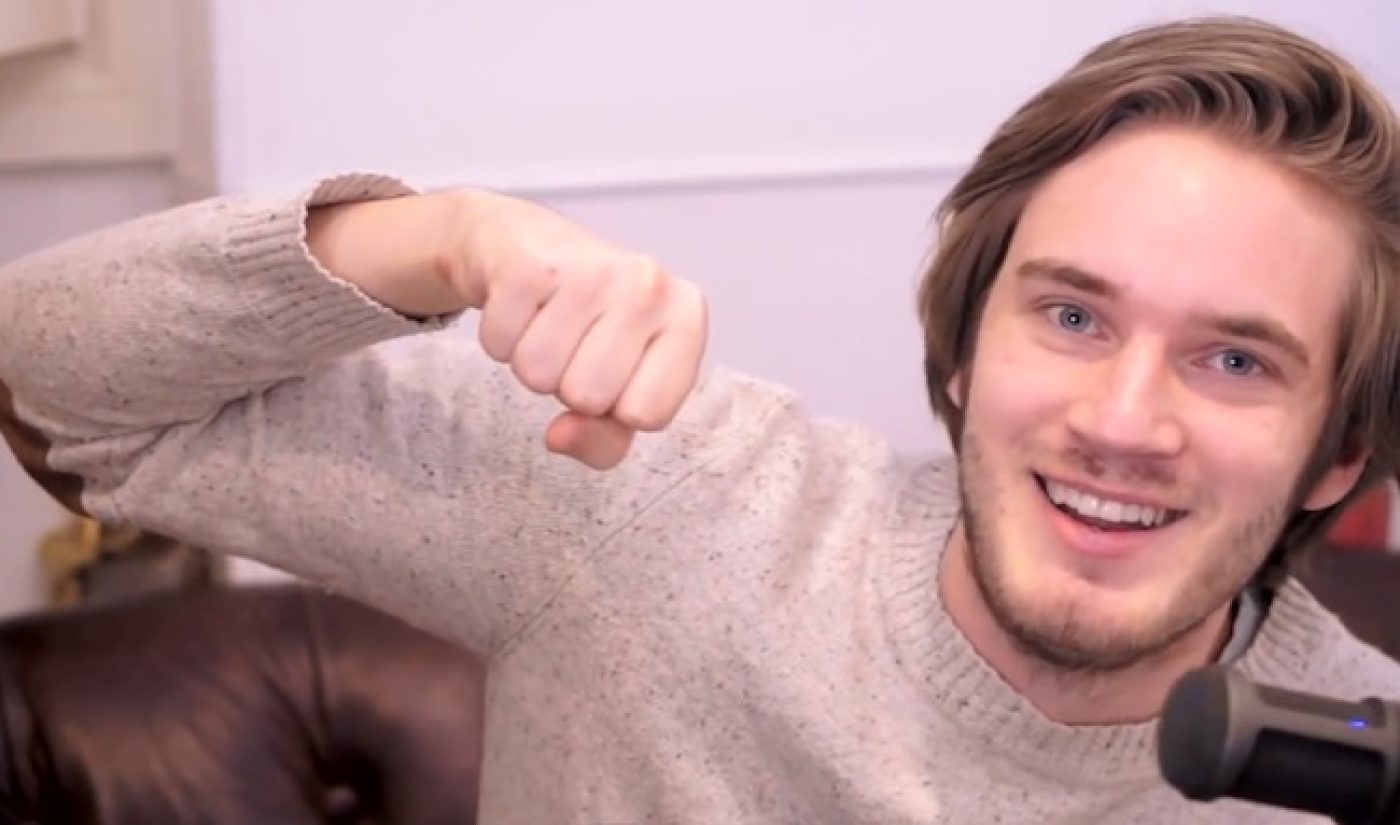 Felix Arvid Ulf Kjellberg is the 24-year-old online video sensation better known to the world as PewDiePie. His YouTube channel recently passed the 21 million subscriber mark and averages over 200 million views a month across its prolific-and-still-growing library of mostly Let’s Play videos. Those are some incredibly impressive numbers, but they’re even more extraordinary once you know Kjellberg doesn’t currently have his own internet connection.

The native Swede and now resident of the UK moved into a new flat several weeks ago and has had connectivity issues ever since. Kjellberg used to shoot and upload multiple videos in a 24-hour period, but the release of new PewDiePie content has slowed to just one video a day (to the distress of many individuals in his fan base) as he’s trying to remedy issue with his local internet service provider.

Until his internet is up and running, Kjellberg’s doing what everyone does (or at least tries to do) when their connection goes down. He’s stealing it from his neighbors.

Kjellberg revealed in a recent video status update to his fans that he puts his finished videos on his laptop, goes out with his skateboard, and steals WiFi from his neighbors. All that along with an apology to said neighbors starts at around the 1:20 mark.

It’s wild to think the biggest YouTube star in the world is living without a stable internet connection, but it provides a great opportunity for an enterprising brand. Virgin Media or another UK-based ISP should hook the guy up with a free high-speed line and Element Skateboards should reach out and give Kjellberg a custom deck before it happens.

Also, if PewDiePie is putting up the kind of numbers I mentioned above without a stable internet connection, just imagine the numbers he’s going to do when his interent starts working again.