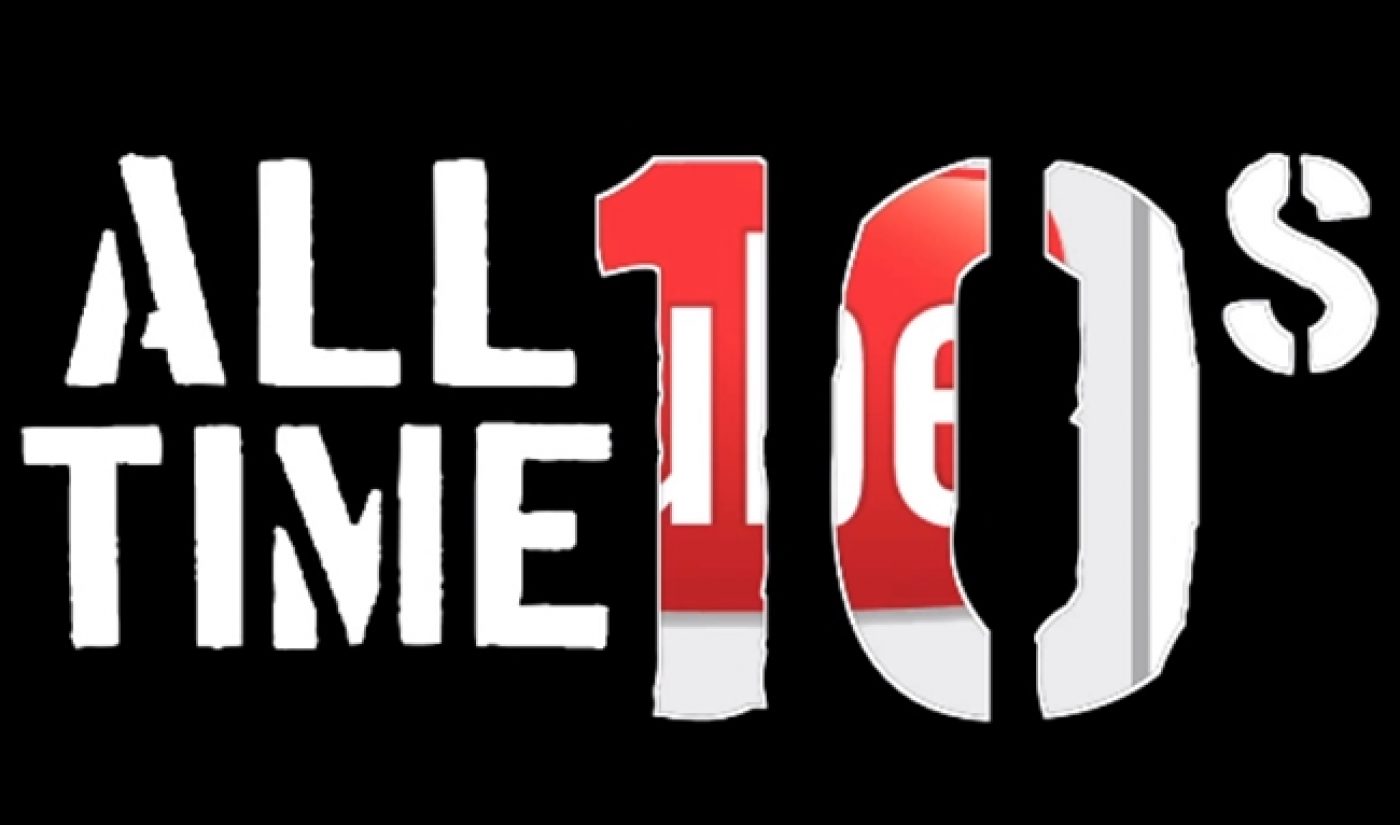 AllTime10s has hit two million. The UK-based channel known for producing top ten lists on just about every subject under the sun has grown consistently since its launch four years ago. Since we overlooked the channel when it passed one million subscribers, we decided to treat it to a special two million subs edition of YouTube Millionaires. Here’s what AllTime10s creators John Babb and Dave Jackson had to say about their baby:

Tubefilter: What do you have to say to your two million subscribers?

AllTime10s: A massive thank you. We appreciate every single one of them! When we see comments like ‘I was with you guys back when you had a 1000 subscribers’, it makes us very proud to think how far we (the Alltime10s Community) have come.

We’d also like to say a special thank you to Michael from Vsauce who gave us a shout out back in November 2011. Wow, that seems a long time ago now.

TF: How do you choose which subjects to turn into top ten lists?

AT10: At the beginning of each month we sit down and brainstorm about 50 video ideas, then we take a look through the comments and pick out 25 ideas suggested from the community.

From there we really have to narrow it down, as we only put out 4 videos a week, but that ensures we only put out the best ideas. As a rule we like to keep subjects varied and make sure there’s something for everyone.

We’ve had some crazy subscriber suggestions in the past from ‘Top 10 Air Conditioning Units’ and ’10 Mysterious Phone Numbers’ to ‘Top 10 Boners’, which we still hope to make one day! Haha!

TF: Once you have chosen a subject, how do you research it? How long does the fact-finding process take?

AT10: A script usually takes a day. Research can start with Reddit or Wikipedia to gain an overview of a subject. Then we try to pinpoint interesting facts and do a more detailed Internet search. We use trusted sources with a proven track record such as newspapers, academic texts or documentary series. This is important to us; legitimacy is everything, our viewers have to trust what we’re saying. So every fact comes with a legitimate source and we cross-reference the information as much as we can.

TF: Which is more important to AllTime10s’ success: Digging up cool facts, or having a slick-looking, compelling presentation?

AT10: We’re going to have to sit on the fence with this one. Both are just as important as the other, without cool facts your video wouldn’t get shared but without the compelling presentation people wouldn’t want to watch.

TF: What is your favorite single fact that you have included in an AllTime10s episode?

AT10: Probably No. 4 from 10 Surprising Facts About Google – ‘Yahoo turned down the chance to buy Google for $1 million in 1997’. Especially when you think that today Google is now worth $200 billion and Yahoo $20 Billion.

Another favourite was No.1 from 10 Secret Documents – ‘In 1962 the US military drew up plans to simulate terrorist attacks on its own people’. Thinking back, this shocked us so much we couldn’t believe it was real and it probably inspired us to make our second channel, Alltime Conspiracies.

TF: You guys have been featured in YouTube’s themed Geek Week and your videos have been included several times on the YouTube Spotlight channel. Why do you enjoy participating in these “first-party” YouTube projects?

AT10: In the UK unless you are a vlogger you don’t really get much love from YouTube, so it was a real opportunity for us to be part of a worldwide campaign.

We see these events as honours. When YouTube asked us to come in for a chat about Geek Week we were absolutely buzzing, it felt like a real achievement. We had to make 12 videos for it and, although it was the most work we’d ever done in our lives, it was really rewarding to take part. We never thought we’d end up with Brian Blessed and Simon Pegg introducing videos on our channel.

TF: With regard to your secondary channel, Alltime Conspiracies, do you actually believe all of the conspiracies that you posit or are you simply trying to start a discussion on pivotal topics?

AT10: We report a mixture of legitimate and theoretical conspiracies – some can be proven, others can’t – in the hope that we will spark awareness, discussion and further reading into pivotal topics, as you say.

We try to maintain an objective position in all the videos we make, because even the most seemingly unbelievable conspiracy theory could one day be proven true with new evidence. Plus, it’s important for us personally to keep that balance too otherwise we might get too paranoid!

TF: In general, the list format has become incredibly popular on the Internet over the past couple of years. Why do you think that is?

AT10: It’s almost the perfect format for online video, in that you don’t watch 10 through to 2 then switch off. You watch all the way to the end, people always want to find out what number 1 is, every video builds to something amazing. There’s a hook built into the format.

It’s also partially down to when YouTube’s algorithm changed and started taking into account watch time. This put top 10 lists where in a very strong position.

TF: What’s up next for AllTime10s? Any fun developments we can look forward to?

AT10: We already have two very exciting projects in the pipeline. The first is Alltime Magic, which is really cool and should feature some mind-bending videos. If any magicians are reading and are interested in collaborating drop us a line, we’ll be launching in the next month or so.

The second is a called Alltime Numbers, which will go live in February. We don’t want to give too much away with this one, but we can say it’ll be packed with interesting facts and might look even cooler than AllTime10s.