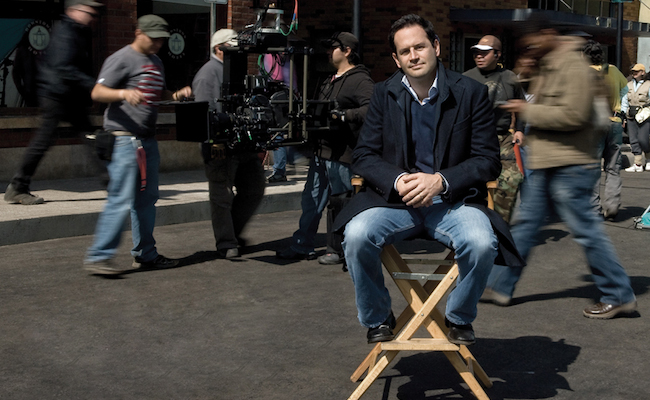 Will The Ex-CEO Of Shine Americas, Emiliano Calemzuk, Be The Next CEO Of Machinima?

Machinima is busy looking for its next CEO. Sources tell us it may have found one.

The YouTube multi-channel network and entertainment company that received a $35 million funding round led by Google back in May 2012 and boasts more than 2.2 billion views a month across at least 8,000 YouTube channels announced in November 2013 it was on the hunt for a new Chief Executive Officer to replace its outgoing CEO and co-Founder Allen DeBevoise. Multiple sources with knowledge of the search and the negotiations now tell us Emiliano Calemzuk is on the very short list to become DeBevoise’s replacement.

Calemzuk has spent the last two years on what appears to be a kind of professional hiatus out of the Hollywood spotlight. He’s been working on his own international distribution company since leaving his position as CEO of Shine America in January 2012. The Argentinian-born executive came to run the American division of Shine Group – the production company behind super hits like The Office, Ugly Betty, and The Biggest Loser – by way of Fox, where he had a very successful, 15-or-so-years-long career and rose as high as the position of President of Fox Television Studios. The gig at Shine initially appealed to Calemzuk because it was outside the corporate world, but shortly after he took the job, Fox acquired the company. Once the transitional dust settled, Calemzuk took some time off, saying he wanted to spend time with his family and do his own thing.

Calemzuk certainly has the experience to take the helm at Machinima and steer the entity towards prosperous times. An individual with an incredibly strong television background like Caelmzuk could do well for a company that let slip a potentially promising development deal with Ridley Scott. Plus, Calemzuk’s international connections (he was at Fox Latin America and Fox International before Fox Television Studios, and he can speak at least five languages – English, Spanish, Portuguese, Italian, and Hebrew) should come in handy considering Machinima has always considered itself a global entertainment brand, with borderless video game-oriented programming deep with its DNA.

The new position at Machinima could also give Calemzuk the freedom from a rigid corporate structure he thought he secured with Shine America a few years ago. “I’ve been a very loyal corporate soldier for a decade and a half…I woke up one day and decided I want to do my own thing and don’t want to wait until 60,” said Calemzuk to the LA Times when he left his role at Shine. “You have to step out to be nimble again.”

No final decision has been made as to who will be Machinima’s next CEO, but we’re expecting an official announcement in the very near future. We’ll update this article (and post some new ones) as the story develops.

Photo by Carlos Somonte from Poderosos.