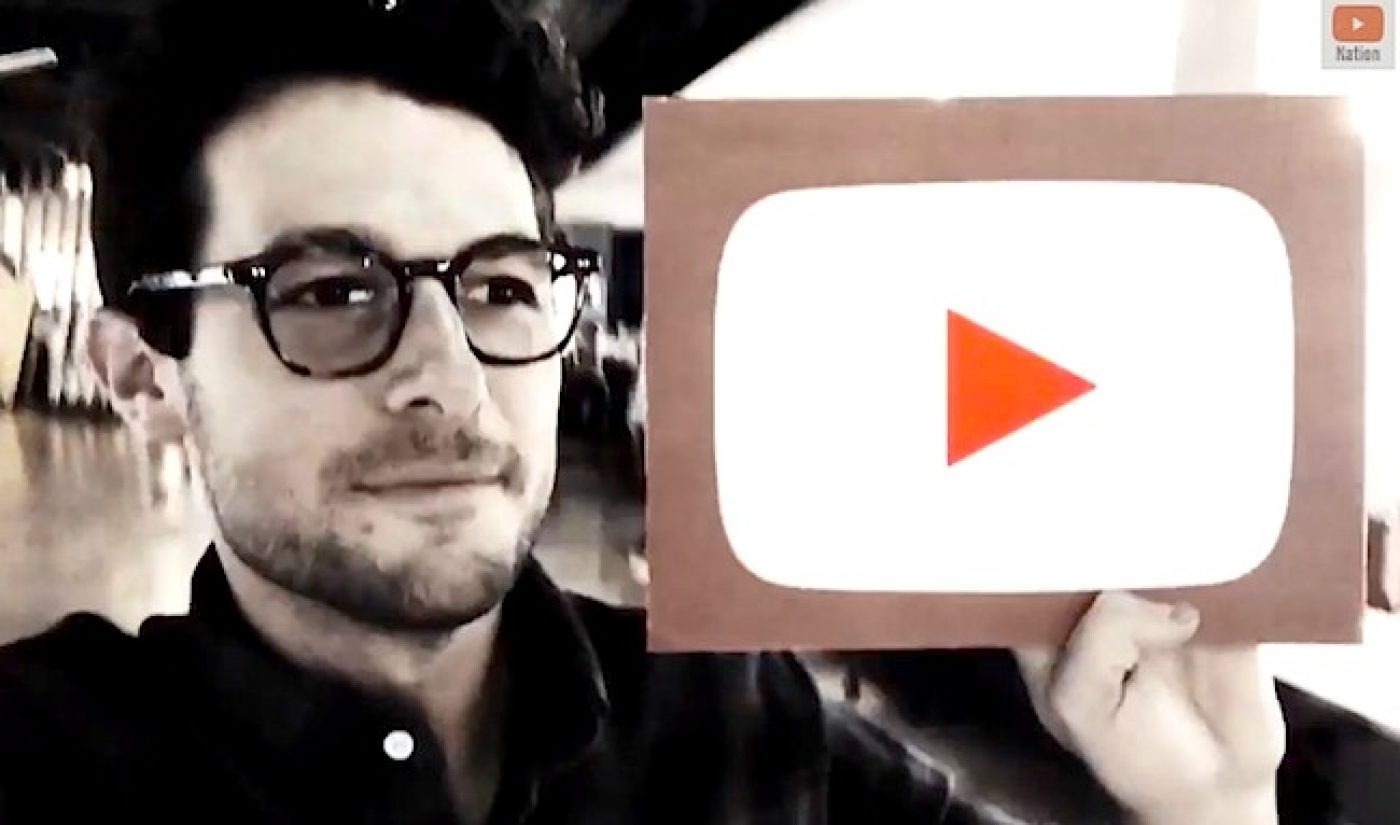 YouTube Nation has been met with a fair amount of skepticism. The daily video collaboration between YouTube and DreamWorks is meant to bring audiences (and, of course, advertisers) up to speed on what to watch on a video sharing site to which a couple billion people around the world upload over 100 hours of content per minute.

For one, individuals are skeptical because the premise is far from novel. Ray William Johnson has covered YouTube’s viral video circuit with aplomb since 2009. Phil DeFranco has given Gen Xers and Yers an informal, but informative take on current events, internet phenomenons, and ladies who are easy on the eyes by way of The Philip DeFranco Show since 2007 and by way of SourceFed since early 2012. Shira Lazar has interviewed burgeoning and established YouTube stars and personalities with household names on camera for internet audiences via What’s Trending since 2011. And a glut of other online programs attempting to showcase world news and online ephemera have come and gone over the past several years (including a previous effort from Google).

This all begs the question, do we need another one?

@burnie It makes me want to create a show just like it to beat it. Then again as long as its not like Poptub…

And for two, individuals in the online video and tech space are generally wary of whenever a big, traditional media company tries to do something digital. Yes, it’s a threat, but more than that, collaborations between YouTube and established Hollywood entities have a history of being less than stellar.

The vast majority of this suspicion of the quality of YouTube Nation could’ve been brushed aside though, had the doubtful individuals known the show is executive produced by Steve Woolf and Zadi Diaz.

The online video veterans are behind what may have been the first online video news program to garner any kind of substantial audience. The couple launched JETSET back in 2006 as part of the Rocketboom network. The clip show with an eye for internet culture was bent on growing and interacting with its viewership and quickly gained momentum, morphing into Epic Fu after leaving Rocketboom to ink a deal with Next New Networks and then Revision3. The economics of the online video industry at the time forced the show to halt production (a couple of times) before it finally and quietly concluded in early 2011 with the episode below:

Since then, Diaz went to Disney Interactive and Woolf took a gig at Blip. But both halves of the couple left their jobs in 2013 to begin work on YouTube Nation. The first episode of their new endeavor launched today. And although it doesn’t bear the name Epic Fu, it’s certainly the show’s spiritual successor, just with a coverage beat that’s all YouTube.

The program is, as predicted, nothing new. Host Jacob Soboroff commands the majority of the camera time as he introduces a slew of programming different demographics would find interesting or entertaining and tosses to other correspondents and story producers so they can do the same. The premiere tips to JacksGap’s Rickshaw Run, a story of a high school football coach who always goes for it on fourth down, a hardcore gangsta who needs some alone time, a viewer-submitted favorite video, and a few more compelling pieces of content all linked to in the episode description and conveniently put into playlists on the YouTube Nation YouTube channel.

But, while YouTube Nation isn’t breaking new ground, it’s certainly well-produced. Diaz, Woolf, and the teams at YouTube and DreamWorks have put together a solid, good-looking program that, so far, accomplishes its main goal of turning viewers on to videos they may be interested in, but haven’t seen before.

I, for one, would’ve finished this article a few minutes earlier if I hadn’t taken a quick break to check out the entirety of a couple of the videos mentioned in the program (including Patrick Noth’s My Posse video and this animation of sloths in space). My guess is a lot of other viewers will do the same.