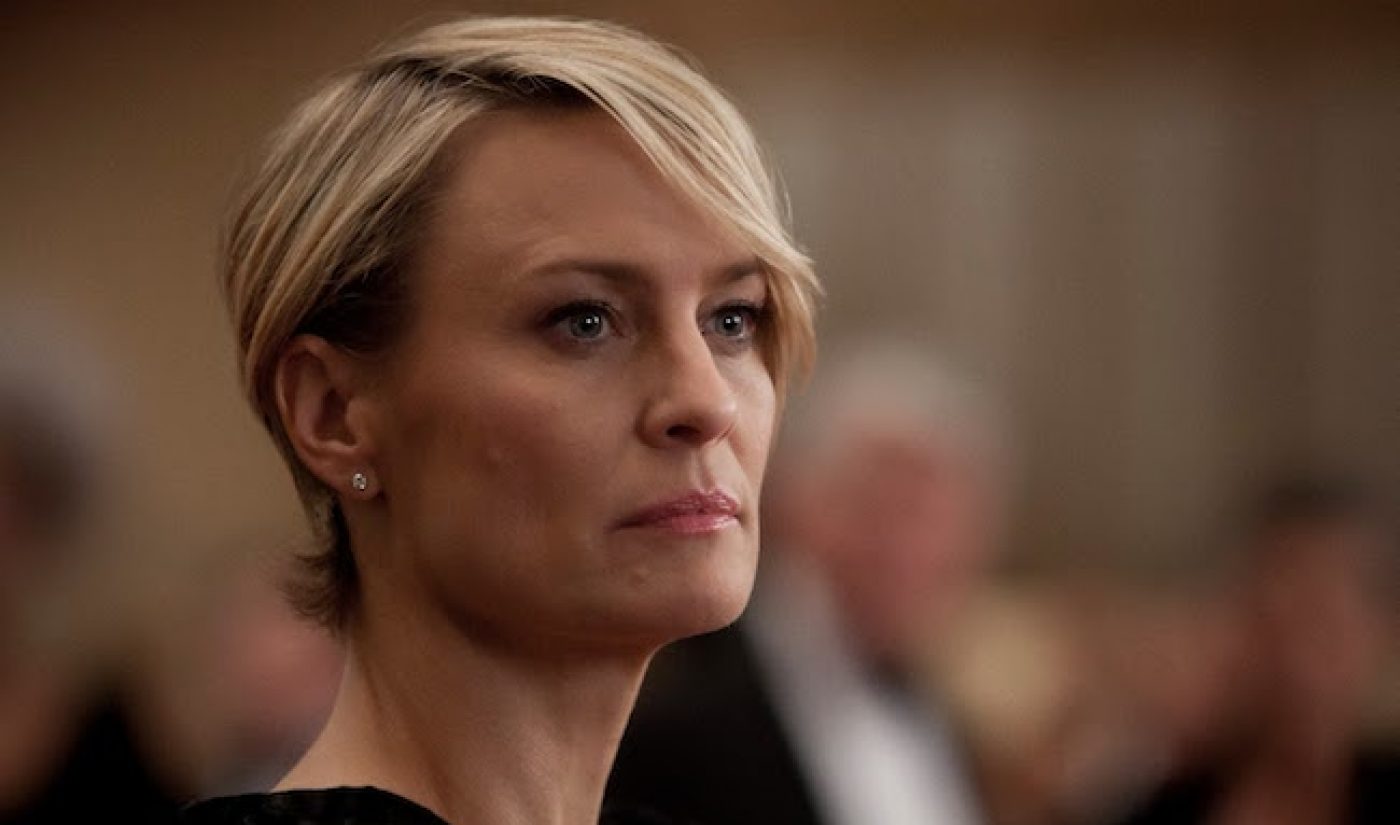 The Emmy Award that House of Cards director David Fincher took home in 2013 for his work on the Netflix series’ debut episode will now have some company in the awards showcase at the offices of the premium streaming video subscription service.

Robin Wright just won a trophy for Best Performance By An Actress In A Television Drama at the 2014 Golden Globe Awards for her work in Fincher’s dark tale of a modern D.C. political power struggle. The female actor, who portrays one half of a canniving power couple bent on influence and the Oval Office, was the only individual from a Netflix show to nab a trophy with his or her name on it throughout the night.

The only other time during the three-hour telecast of Hollywood’s biggest party at which Netflix came up was during hosts Amy Poehler and Tina Fey’s opening monologue. The two mentioned how Netflix should enjoy their six nominations while they last, for it’s only a matter of a couple years before Snapchat takes home the Golden Globe for Best Drama. Check it out at around the 3:36 mark below: