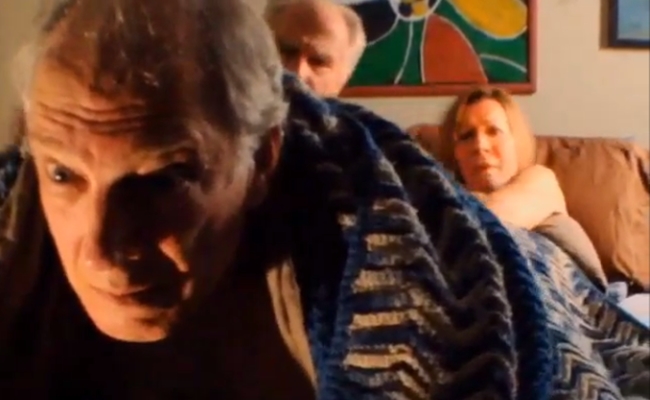 In December, we noted the launch of JuntoBox Films’ InstaFilm competition, a search for the best short-form video series on Instagram. One month later, a winner has been chosen: Joe Gold‘s Senior Lovin will take home the top prize.

Gold describes Senior Lovin as “Melrose Place with senior citizens.” While he’s not wrong, I would say his series seems a little more light-hearted than the former FOX drama. After all, I can’t remember the scene in Melrose Place where an elderly gentleman pops out from under the covers to turn a session of senior citizen lovemaking into a surprise menage-a-trois.

Senior Lovin is ten episodes long, with each installment running for under 15 seconds. There’s a coherent narrative linking the episodes, so make sure to watch them in order. If you access them from Gold’s Instagram page, this means beginning in the bottom right, not the top left.

Interestingly enough, Gold never planned for Senior Lovin to be an Instagram series at all; he is only using the platform to test the waters. He explained his process to JuntoBox:

“I have a feature screenplay called Betting the House that is up on the Juntobox Films website. It’s about a group of senior citizens who transform their retirement center into a casino to avoid being evicted. I want to make that feature but have found it difficult to find the funding. So I have been thinking about making a web series using the same characters but with simpler locations and situations…I thought maybe if I could build an audience around a web series like that, then I could get the feature film to happen. When your contest came along, I thought it was a great opportunity to test out the concept of this web series on a small scale, and see if it was a viable concept.”

His victory the InstaFilm competition should prove that his concept is indeed viable. Looking forward to that web series, Joe.