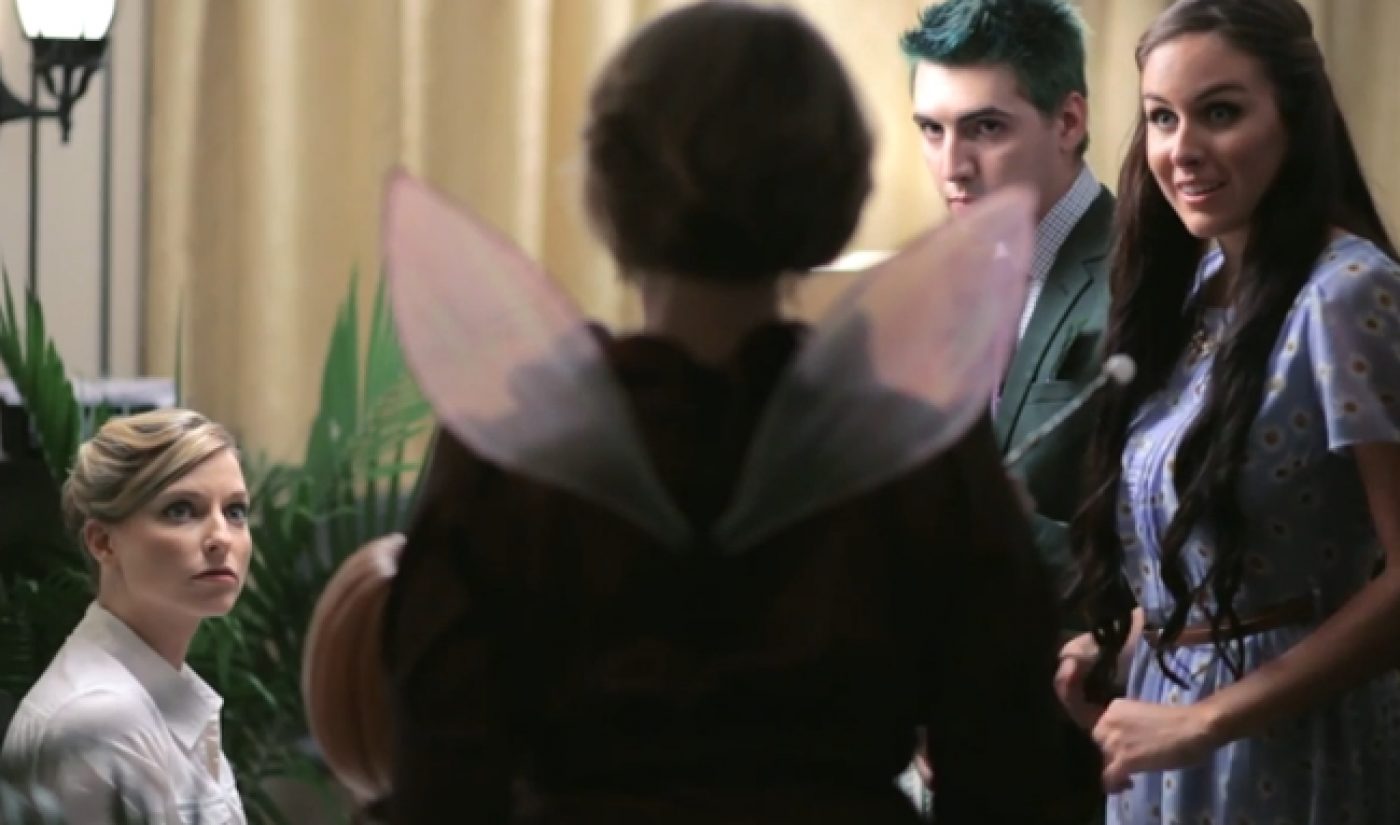 I’ve made many wishes throughout my life that have not come true. Thankfully, my wish for ‘a funny web series that I can write about in my Friday column’ has come true. Wish It Inc. takes viewers inside the office of a professional wish granting company populated by faeries and genies and other such magic beings.

The central figure in Wish It Inc. isn’t magical at all; she’s just Hannah, a simple girl with a bubbly personality and a pedestrian desk job that requires her to turn coins into wishes. She plays the straight woman surrounded by a variety of nutty, magical employees. The wisecracking genie (Amber Ruffin) scores some good laughs, the sarcastic secretary (Haley Mancini) steals every scene she’s in, and Portal fans will delight in the casting of Ellen McLain as the fairy godmother who must deal with a nationwide coin shortage.

The first of 12 episodes has arrived on the YouTube channel of production company Synthetic PictureHaus.

Wish It Inc. was funded by a $35,000 Kickstarter campaign completed in May of 2013. After watching the first episode, it’s easy to see how the backers got excited. It’s well-written, well-paced, and features light, funny characters. I only wish I could see all 12 episodes right now.