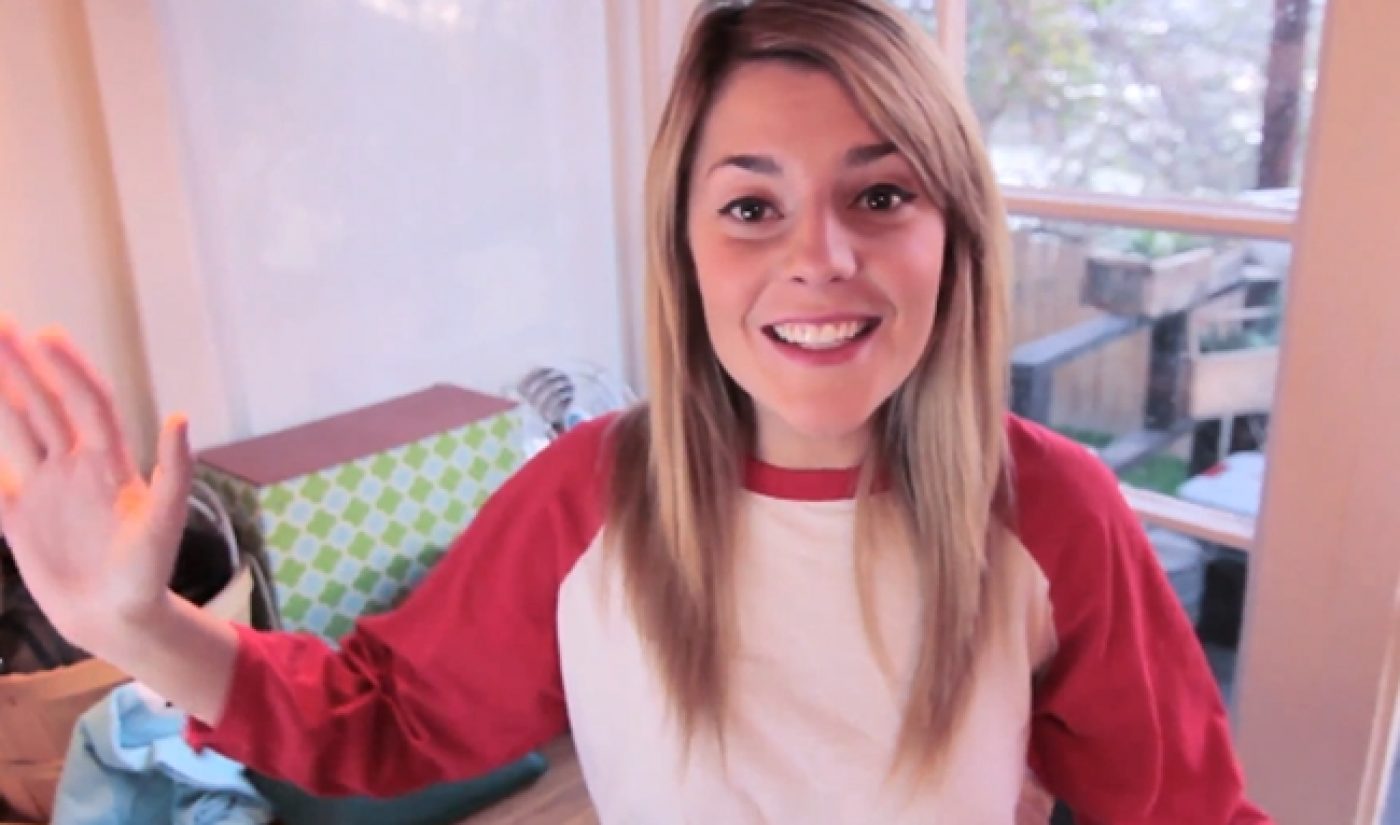 At the beginning of 2014, Grace Helbig opted to not renew her contract with the My Damn Channel network, bringing an end to five years of daily vlogs on the Daily Grace channel. Six days after the New Year, she has released the first video at her new online home, introducing viewers to the It’s Grace channel.

The video opens with a montage of gasping YouTubers, with Helbig showing the support she has within the YouTube community. Vlogbrothers Hank and John Green have been particularly supportive of her move. “Not owning your content is a terrible (though not unusual) thing,” wrote Hank Green of Helbig’s relationship with My Damn Channel, “it means that the company who does own your content can hold your stuff hostage and do anything they want with it. They can make you do things you don’t want to do. I’m not saying this is what My Damn Channel was doing to Grace, but I am saying I do COMPLETELY understand Grace not wanting to be part of that anymore.”

For the most part, Helbig’s new channel will be the same as her old one. She will still post each weekday and will still feature daily segments, and she noted how it “shouldn’t feel weird because it’s all the stuff you’ve grown to tolerate.”

What’s novel about Helbig’s new channel is her status as the first YouTuber attempting to tear down a multi-million subscriber audience on one channel and rebuild it on a completely different one. So far, so good: It’s Grace is already above 380,000 subscribers. It’s a far cry from 2.5 million, but she’ll get back there in due time.