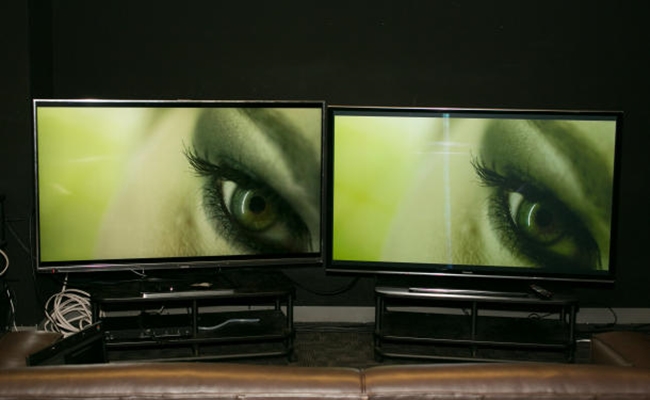 YouTube To Make 2014 The Year Of The Ultra HD Stream

4K streaming is the future of online video, and YouTube is about to jump on the train. At the Consumer Electronics Show, YouTube will unveil Google’s homegrown VP9 technology, which will allow for 4K streaming on YouTube and beyond.

The 4K format streams video at nearly four times the resolution of 1080p. Viewing the format on TV requires a 4K-ready set, but the VP9 codec will allow YouTube viewers to watch any 4K-ready video at an incredibly high quality. The image above, taken from CNET, shows the difference between current HD video (on the right) and the proposed 4K resolution (on the left).

The biggest issue associated with 4K is the potential bandwidth it could eat up, but YouTube officials claim VP9 will be twice as efficient as the widely used MPEG-4 codec. VP9 will also reduce buffering on regular HD videos by limiting the amount of data required to stream them.  “By 2015, you’ll be surprised every time you see that spinning wheel,” said Francisco Varela, global director of platform partnerships at YouTube, in an interview.

VP9 is far from the only codec designed to take advantage of 4K. Netflix also recently announced that it would stream the second season of House of Cards in ultra-HD through the HEVC codec, one of VP9’s competitors. Amazon has announced plans to upgrade to 4K as well.

How much utility will VP9 have for the average viewer? It’s hard to say. Devin Supertramp, Sam Tsui, and Wren the Reaper are among the creators who will show off 4K video at CES, so we’ll at least get a chance to see how good the format looks, even if we don’t know how useful it will be.