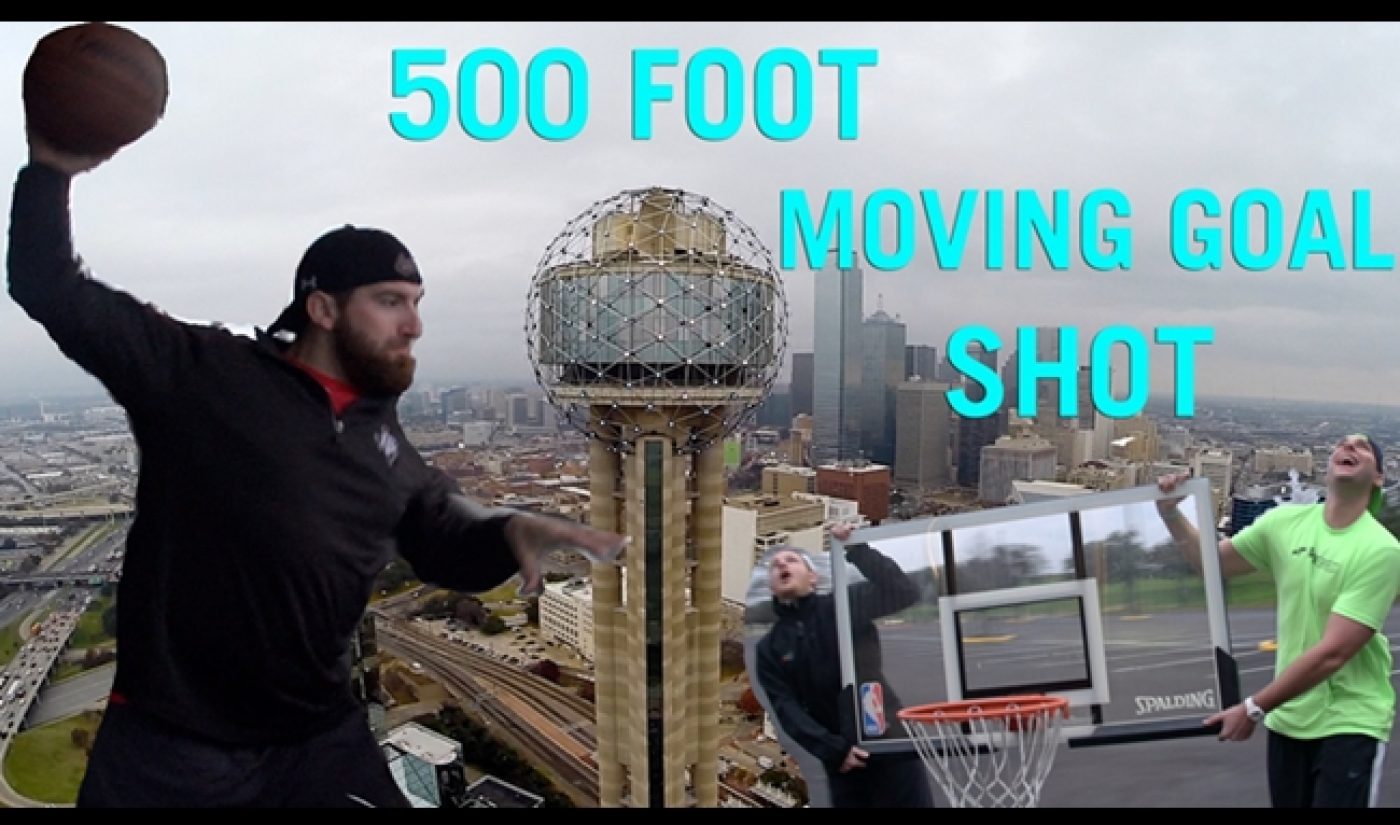 The Whistle is helmed by CEO John West, who claimed that his network will be “offering insider access to top pro athletes [and] highlighting the best in backyard sports.” The biggest name West has managed to bring in at the onset is Dude Perfect, the Texas quintet whose collection of insane basketball shots have allowed them to rack up more than two million subscribers. They celebrated the new partnership with one of their nuttiest baskets yet: a five hundred foot shot off the top of Dallas’ Reunion Tower.

“If you know anything about Dude Perfect, you know how competitive we are. Because of that, we don’t take a decision like this lightly. After five years in the sports space, we knew what we were looking for, and we found it in The Whistle. Not only does The Whistle have a vast understanding of the sports industry, but they perfectly fit our ‘Go Big’ philosophy. Further, the team has super solid YouTube knowledge and shares our vision to help grow sports content creators on YouTube, as well as on other emerging content platforms. The Whistle is bringing together the world’s largest professional sports leagues, athletes, brands, and some of the greatest content creators on all of YouTube. Honestly it’s a ridiculously big opportunity. We’re all in. Let’s do this.”

Dude Perfect may be the biggest name tied to The Whistle, but the media company behind the new network has already brokered deals with some major leagues and star athletes. NASCAR, the PGA, and US Soccer are all on board, as are Peyton Manning, Derek Jeter, and Mia Hamm.

One of the other partners for The Whistle Network is Alli Sports, NBC’s extreme sports channel; it was initially tied to YouTube’s Original Channels Initiative.

Many sports channels are already locked in to other networks, but there’s definitely a space in the industry for an MCN focused solely on athletic content. If The Whistle Network wants to fill that niche, it will have to offer prospective partners a package that hits nothing but net.