2013 In Review: Prank Videos Offered The Best Of Both Worlds 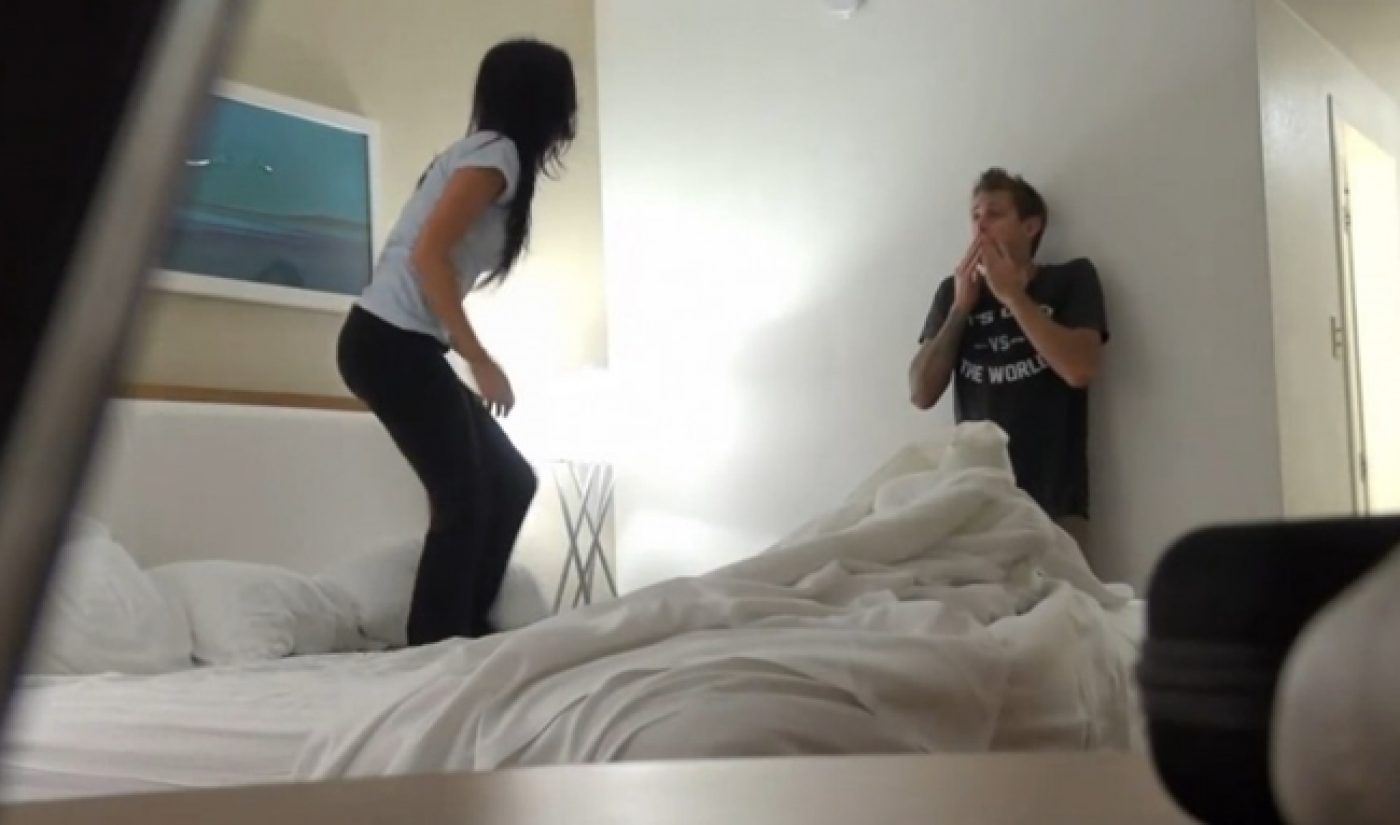 If you wanted to have a popular YouTube channel in 2013, and you couldn’t be bothered to learn how to play Minecraft, your best bet was to pull some pranks. Prank videos absolutely exploded on YouTube in 2013, with some of the site’s biggest jokers rising up its ranks. Roman Atwood went from 553,000 subscribers to 2.75 million, VitalyzdTV went from 298,000 to 4.6 million, and Jackass goofball Steve-O has 1.85 million subscribers despite only launching his channel on September 24th.

The key element that has allowed prank videos to thrive on YouTube is their combination of authenticity and slick production. YouTube, in its early days, was built on authenticity, where unexpected, shocking results were more important than high-quality camerawork. As technology has advanced, so have expectations. Creators are now asked to meet a certain standard of video quality, lest their work be branded as cheap and low-rent.

Prank videos, then, combine the best of both worlds. An A+ prank is spontaneous and thrives on raw emotion while also being elaborate enough to feel like a well-executed production. One of the best examples is Tom Mabe’s recent coma prank. It’s not shot with a very good camera, and it is at its core nothing more than a few friends joking around, but it also required an extensive setup in order to ensure that viewers saw a prank they had never seen before.

Brands have caught on to this dichotomy, too. ‘Prank marketing’ was all over YouTube in 2013, with the Carrie telekinesis prank serving as the best example. With a whimsical, analog setup and seemingly startled reactions, the ad feels authentic rather than fake and stilted while still featuring a splashy production capable of selling the product.

Of course, I’m almost certain that everyone in that coffee shop is either an actor or an extra, which brings up the fundamental question for prank videos going forward: Will the need to up the ante break down the viewer’s suspension of disbelief?

Take the year’s most popular prank video, for example. Roman Atwood scored millions of views overnight when his attempt to pull a fast one on his girlfriend “backfired”. Personally, it has always smelled fake to me, and I’m not the only one who is suspicious. But from Atwood’s point of view, why not stage it? That way, he is guaranteed millions of views, and his fans will believe it is real because they trust him as a master prankster.

In 2014, pranks will need to get bigger, but this will require many more of them to be staged, because there are only so many times you’ll fall for an elaborate practical joke if you’re friends with Roman Atwood. Eventually, this will probably cause prank videos to decline in popularity.

Luckily, there are still some brilliant YouTubers who will be able to cook up hilarious, authentic pranks. MagicOfRahat is extremely talented. The Scary Snowman has his shtick down pat. Jack Vale is a master troll. These guys (and many others) are going to keep prank videos fresh through 2014 and beyond, and even if the genre declines around them, we can still take solace in the fact that the prank craze of 2013 provided us with some truly epic gags.