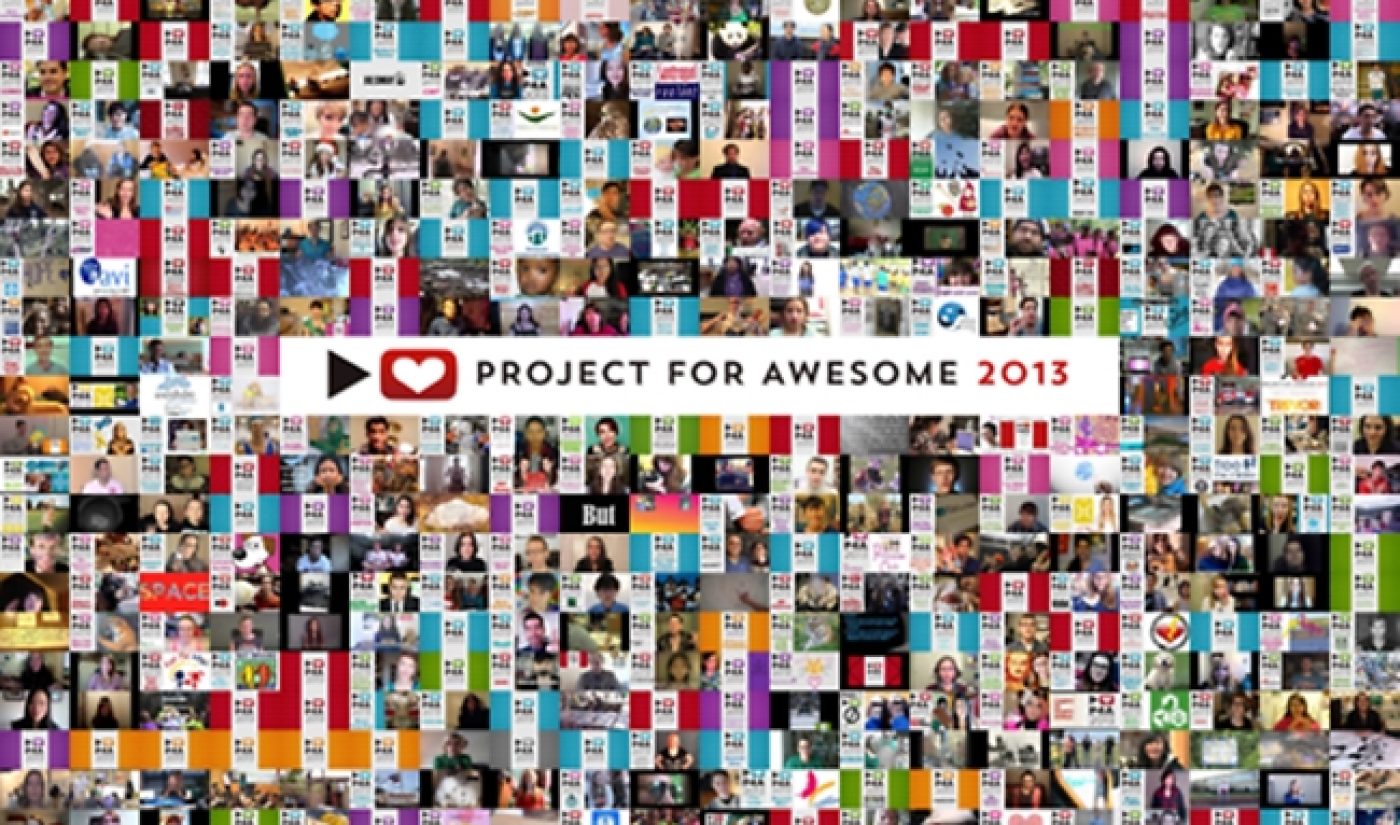 Last year, Vlogbrothers Hank and John Green raised $483,446 through their annual Project For Awesome charity drive. That astounding figure was more than seven times the amount raised in 2011. This year, they’ve gone ahead and blown 2012 out of the water. Project For Awesome 2013 has concluded, and the online video community has come together to raise a mind-boggling $869,591.

That figure includes the $721,696 raised via the Project For Awesome Indiegogo campaign. Donors flocked to the campaign’s perks, claiming 5,559 The Fault In Our Stars movie posters, 1,895 Men of YouTube calendars, 40 of Hank Green’s shirts, and a partridge in a pear tree. The final total makes Project For Awesome 2013 the most funded video/web campaign in Indiegogo history.

The rest of the donations came from anonymous patrons who agreed to match the masses up to certain amounts. The final total will be split among the most popular charities promoted in P4A videos; Wheezy Waiter, Olga Kay, and iJustine were among the YouTube creators in the running.

As in previous years, the Vlogbrothers were able to gain big exposure for P4A by promoting the campaign’s videos on a YouTube live stream. As of this post, the live stream is up over 458,000 comments and counting; if you want a summary of how it all went down, you can check out the highlights video posted on the Vlogbrothers channel.

Even the biggest holiday scrooge has to be impressed by the astonishing total raised in this year’s P4A. Thanks to the help of their colleagues and friends, the Vlogbrothers were able to deal ‘suck’ a stunning blow.