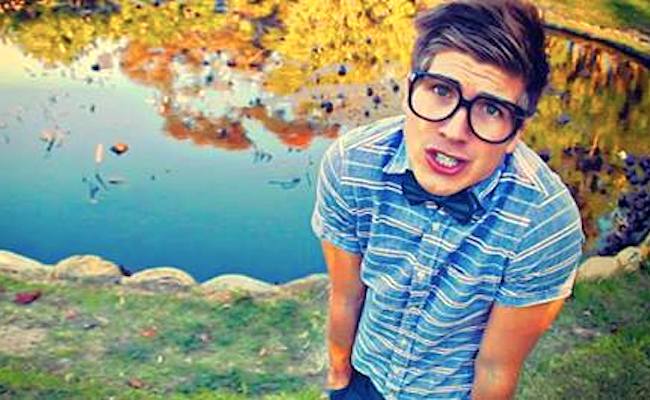 We first talked to Joey Graceffa back on June 20, 2013. The YouTube star with a penchant for honest monologues, cover songs, The Hunger Games, and YouTube challenges had his main channel partnered with Alloy Digital at the time (now Defy Media) and it had just passed the one million subscriber mark. Six months later, on December 20, 2013, it’s now at 2.6+ million subscribers (which isn’t a new subscriber every 1.3 seconds – it’s more like a new subscriber every 9.7 seconds – but still an incredibly impressive acquisition rate) and a new network.

StyleHaul, the YouTube MCN that boasts more than 108 million subscribers among 2,400+ channels comprised of fashion, beauty, and lifestyle programming can now boast to having YouTube.com/JoeyGraceffa within its network, too. (Joey’s gaming channel, however, is still partnered with Defy.)

Graceffa was busy wrapping CBS’ Amazing Race when we reached out for comment (he finished in fifth place with his teammate Meghan Camarena, whose Strawburry17 YouTube channel is also with StyleHaul), so we reached out to his manager to get the details on the new YouTube network affiliation.

“Joey’s channel has really evolved over the last twelve months and he’s always had a natural flair for style and fashion,” said Naomi Lennon of Naomi Lennon MGMT. ”Stylehaul has proven brand relationships and shown an ability to create out of the box solutions, which we felt would be an asset in a partnership.”

There’s no indication of what those out of the box brand solutions may look like, but StyleHaul is certainly excited about having Graceffa in the fold.  “We’re thrilled to welcome Joey into the StyleHaul family,” said StyleHaul Presidend and CEO Stephanie Horbaczewski. “We have a number of exciting projects in the pipeline!”

We’ll let you know what those plans are as we hear them. You can check out this Draw My Life video to learn a little bit more about Graceffa until then: