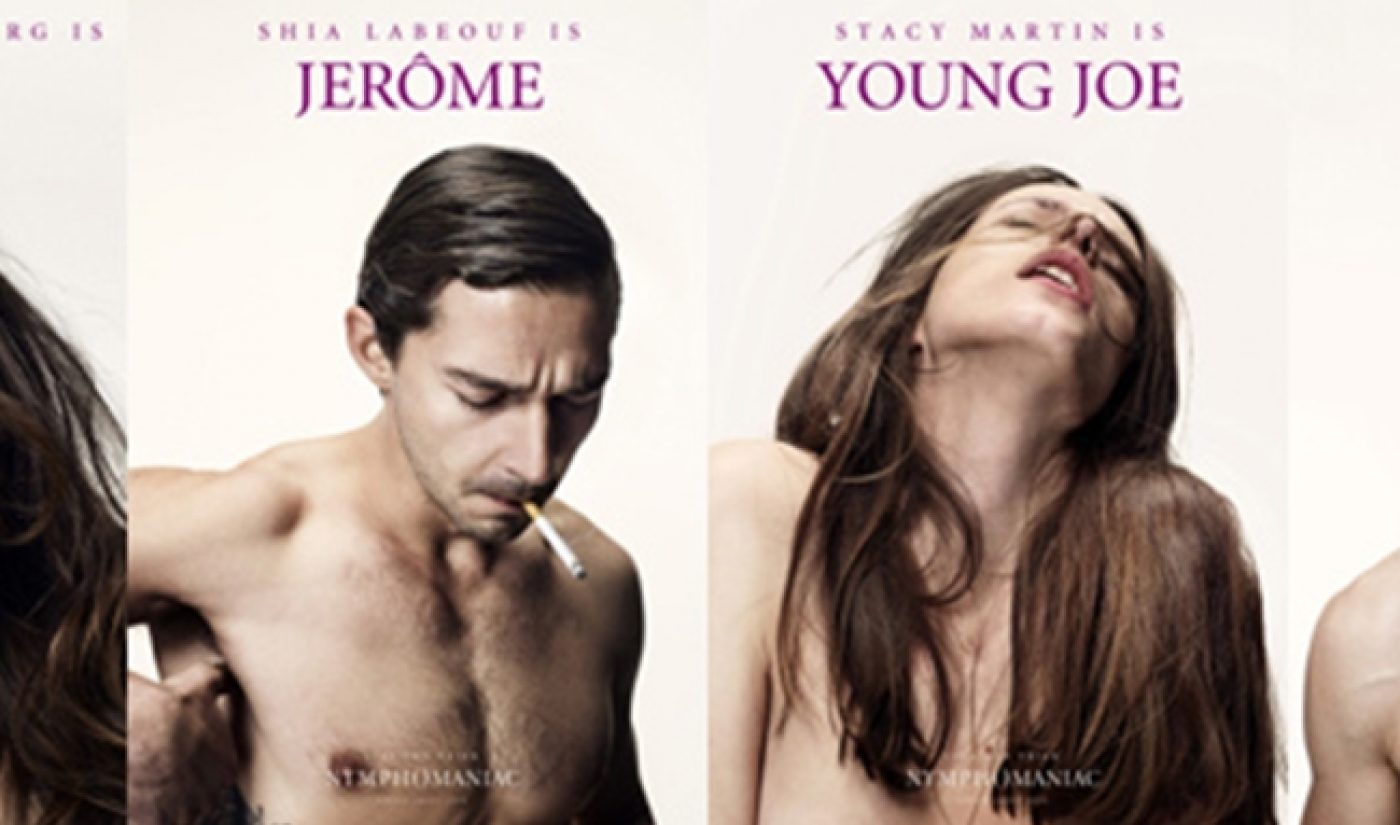 If you’re familiar with the work of Danish filmmaker Lars Von Trier, then you probably have a good idea of how weird, intense, visceral, and graphic his next film, Nymphomaniac, will be. If you need an introduction, you can take a look at the film’s slightly NSFW posters or watch the way more NSFW trailer on Vimeo.

All that sexy stuff will add up to a film expected to run north of four hours, but part of it may leave the big screen and become a web series. When the film’s producer, Louise Vesth, was asked about a plan to turn it into a mini-series, she responded, “Yes, we will have series out of it. We are planning to do a series for Internet distribution as well.”

It’s worth noting that there are several rumored cuts of Nymphomaniac; beyond the original four-hour cut, there is apparently a more explicit cut that runs for more than five hours. With that in mind, I see two ways that Nymphomaniac’s web series version could play out. It will either be a reservoir for cut material, or, more enticingly, a chance to showcase explicit, salacious material that wouldn’t fly in theaters. That material would also be intense for certain parts of the Internet (the Nymphomaniac was struck down for YouTube for violating the site’s Terms of Use), but it could find a home on Vimeo, where several “appetizers” from Von Trier’s film have already been posted. The latter option is very intriguing. If Von Trier uses the Internet to share material not suitable for theaters, he could encourage other unusual, thrilling, and artistically exciting filmmakers to do the same.