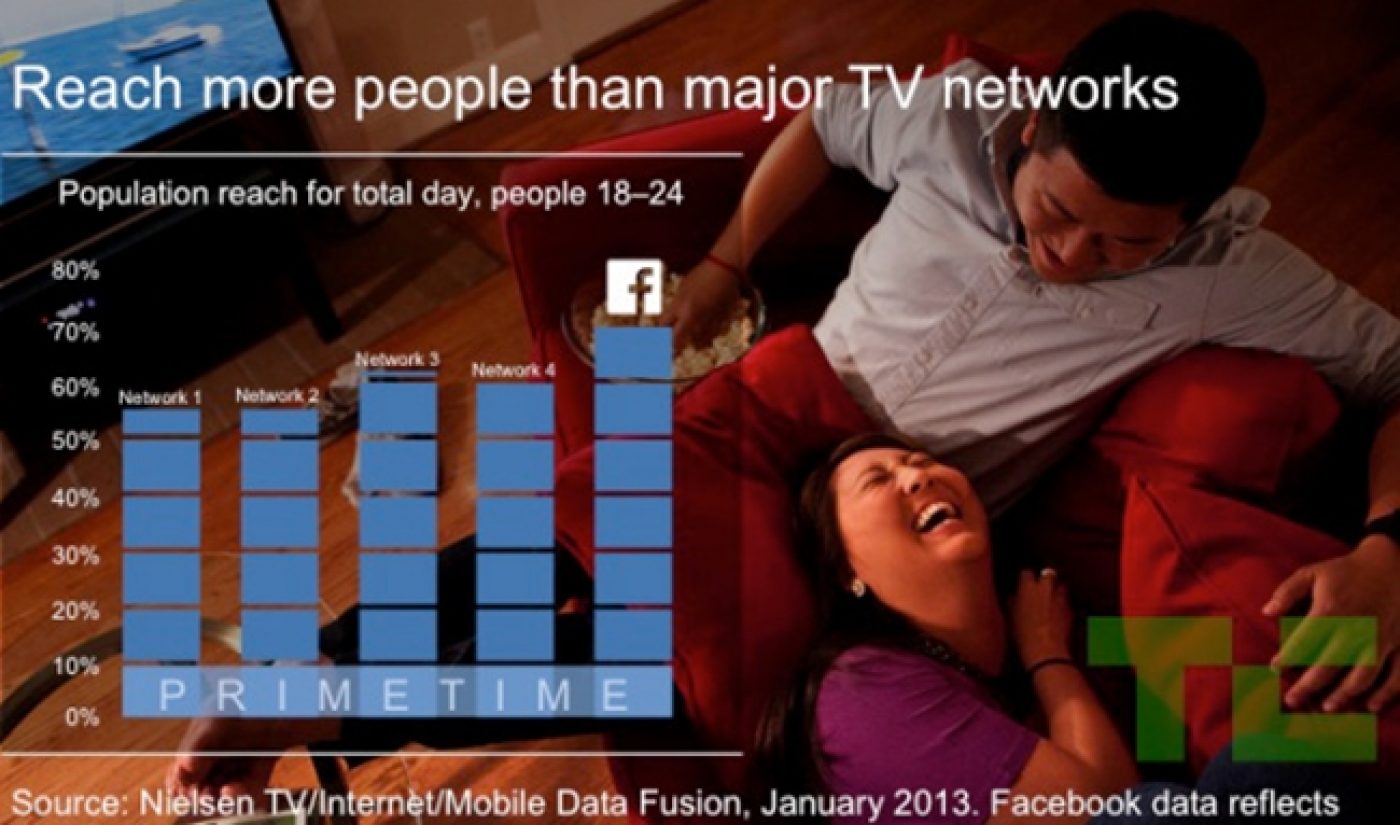 When Ray William Johnson chose to debut the first act of Riley Rewind on Facebook, it seemed like a curious decision. A few days later, Facebook’s appeal has become much clearer. TechCrunch has reported on a “leaked, confidential deck” that reveals the network’s plan to dominate both TV and YouTube by offering reach and ad targeting not available on other platforms.

The full deck can be viewed over at TechCrunch. It is aimed at advertisers and offers reasons why those buyers should pick up Facebook’s video ads, which the site recently teased on mobile. For starters, Facebook claims to offer a more complete reach to the 18-24 demographic than the major TV networks, and the site’s execs also claim that, for all the ground YouTube has gained a social network in the past couple of years, it still doesn’t hold a candle to Facebook.  ”A lot of time is spent by people on mobile with Google properties, YouTube, Yahoo!, MSN, AOL, Twitter and Pinterest,” says the deck. “…And more total time is spent on mobile on Facebook and Instagram than all of those combined.”

YouTube also offers the scale to beat TV, but Facebook believes it deserves ad dollars because of its ability to offer refined targeting. Facebook gathers more plentiful, accurate, and meaningful data than YouTube does, and that allows it to present ads to the exact users who will be most interested. “In narrowly targeted campaigns, the average online reach is 38% accurate, but on Facebook, our average reach is 89% accurate,” explains the deck. Facebook does admit a weakness in terms of measurement, but it plans to build a platform capable of scoring the completion rate and watch time metrics that are regular features on YouTube.

With YouTube drawing so much negative criticism of late, there is a real chance to a competitor to swoop in and gobble up views. By striking a deal with one of YouTube’s most popular creators, Facebook is showing its serious about become a major player in web video. If Facebook can build an efficient, monetizable platform for video creators, can it dethrone YouTube? Judging by its scale, the answer is yes.