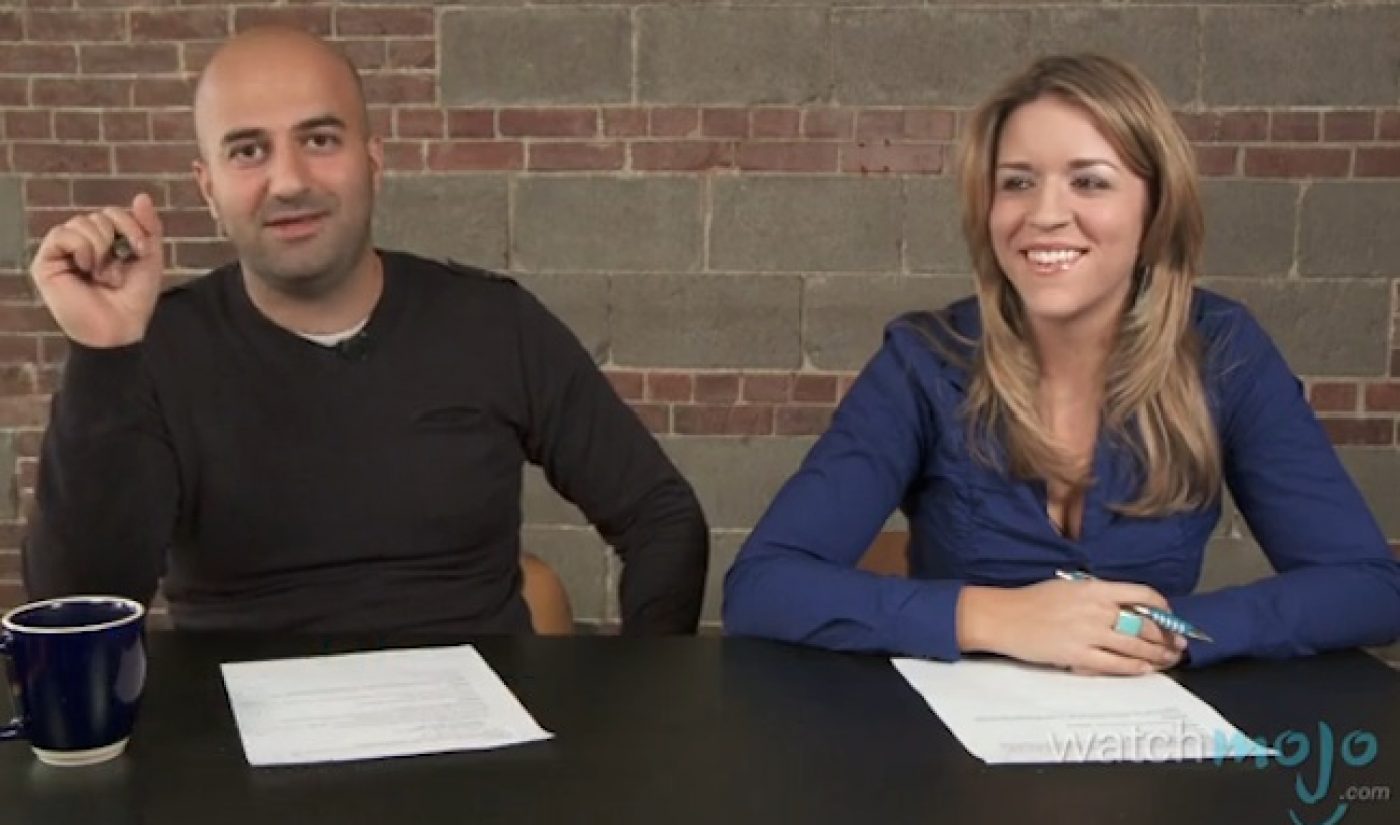 Update 12/16/2013 at 10:20 AM EST: WatchMojo’s YouTube channel appears to be back online. The account was terminated and all of its videos were taken down for approximately 21 hours Here’s a statement on the reinstatement from WatchMojo CEO Ashkan Karbasfrooshan:

YouTube does it best to manage copyright takedowns and retractions promptly, but even though FOX retracted the claims on Thursday evening, by Saturday YouTube had not processed those retractions.

Why the channel was abruptly taken down on Saturday is being investigated; we lost a lot of revenue and let’s face it, if a random person saw our channel when it was down they would presume we were some kind of rogue operation – which we are not. I will publish a more detailed account of what happened later on, but for now, we are happy that Copyright Law prevailed, our channel is back up and our viewers can enjoy WatchMojo’s fantastic videos on their favorite site YouTube again.

Read all the details in the the original article below.

WatchMojo is a producer of “original video programming on the People, Places and Trends that viewers are passionate about.” That programming generally takes the form of Top 10 lists that use source material to cover a wide variety of genres and topics, from the mainstream-but-still-kinda-obscure (Top 10 Secondary Pixar Characters), to the lascivious (Top 10 Movie Catfights), to the sporty (Top 10 Football Players), and all that’s in between. That programming has also become very popular.

Viewers can catch all the addictive, well-edited clips with sometimes witty, sometimes too witty voice overs on WatchMojo’s destination site or on WatchMojo’s YouTube page, the latter of which currently averages close to 20 million views a week and was the 33rd most viewed YouTube channel in the world in October. At least viewers did catch the clips on WathMojo’s YouTube page until 1PM EST on Sunday, December 15. That’s around the time YouTube terminated the channel.

A click to YouTube.com/WatchMojo is now met with a red banner informing visitors the YouTube account was terminated because of multiple third-party notifications of copyright infringement from claimants such as Twentieth Century Fox Film Corp, UEFA, and SOFA Entertainment.

These kinds of red banners are not uncommon on YouTube, but they are uncommon on channels with viewership like WatchMojo’s, especially considering the site’s management.

WatchMojo is not a fly by night operation where uninformed or uncaring creators are unknowingly or purposefully uploading content blatantly owned by third parties. The company is seven-years-old and it’s CEO Ashkan Karbasfrooshan is a digital media veteran with a seemingly good pedigree, who contributes regularly to a number of media publications and is very good at creating transformative works.

We reached out to Karbasfrooshan to ask him about the termination of his company’s YouTube channel. He responded with the following statement: [Editor’s Note: Links in the below were added to provide further context.]

Our YouTube channel has always been in good standing. While we do get the occasional automatic copyright complaint by YouTube’s ContentID, none of these are withheld once we counter-notify the claimant as we usually either:

For the record, out of over 7,000 videos we have published on YouTube, we have had ZERO takedown claims withheld. In no case has a claimant actually believed that we were doing anything wrong, with more than one actually stating on record that they appreciated and benefited from our videos. Indeed, while no claimant could ever demonstrate that our videos cause them harm or damage; incorrect and overly-aggressive takedown claims do hurt us, with the damage thereof being easy to prove and quantify.

While YouTube updated its ContentID policies this week, we did receive a handful of claims which we replied to immediately. Indeed, on Thursday evening we received a notice from YouTube giving us seven (7) days to resolve three (3) claims that were received on that day, but as of Thursday evening both YouTube and the claimant confirmed that the claims were resolved. We have these communications in writing.

In fact, as of this Sunday morning at 10am EST, our account was in good standing and we published a video with no problem.

Nonetheless, something must have happened because as of 1pm EST our channel was abruptly “terminated” with no notice. As today’s cancellation caught us by surprise and happened on a weekend, we have reached out to YouTube to seek an explanation and resolve the matter. We would like to reiterate that we respect Copyright Law and have always prevailed in these matters.

Regardless of whether or not all of WatchMojo’s work has permission from appropriate third party rights holders and/or passes the four tests of Fair Use (which Karbasfrooshan assures me it does), the above indicates the process by which YouTube is finding, managing, and enforcing copyright claims is less than ideal and can have seriously detrimental business affects.

In the best case scenario, Watchmojo’s claims are resolved and its channel is reinstated in less than 24 hours. Karbasfrooshan and company will have suffered a few headaches and WatchMojo will have lost roughly 3 million views, which equals out to (at a very conservative advertising rate) about $3,000. In the worst case scenario, WatchMojo’s YouTube channel is terminated indefinitely. The company will have lost an incredibly valuable revenue generator, and must decide whether it wants to build up another YouTube channel or dive deeper into preexisting and new relationships with other video sharing services.

Neither outcome is favorable and we’ll give you an update on which one it is (best, worse, or somewhere in the middle) as the situation develops.