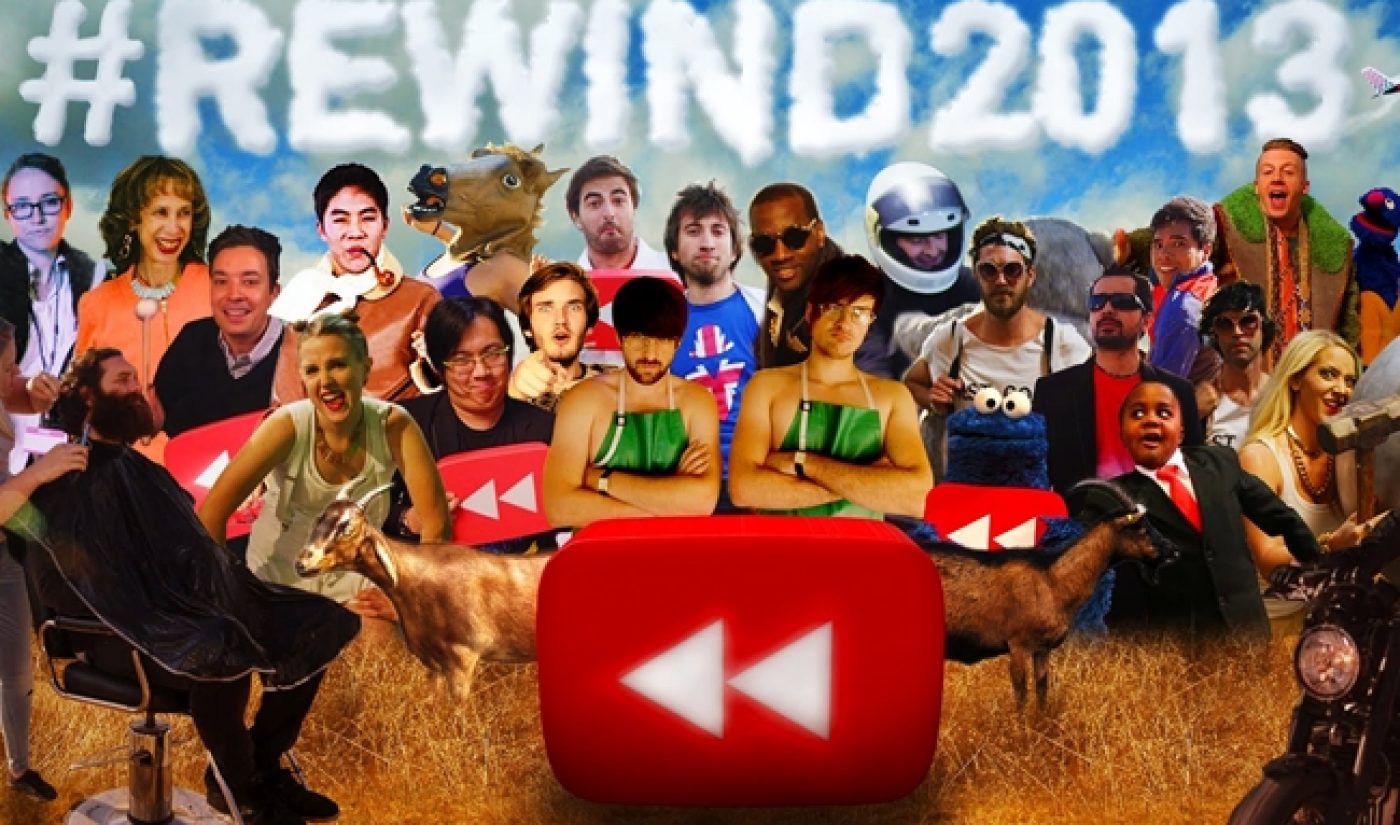 With 129 million views, ‘Rewind YouTube Style‘ is one of the most viewed videos on the Internet. With 2013 nearing its end, interactive studio Portal A has managed to pull off a year-end recap even bigger than last year. YouTube Rewind 2013 stars more than 50 of the top channels on YouTube, who combine to imitate some of the year’s top videos and songs.

As with last year, the video is centered around a few hit songs from the year prior, and if you can’t guess which song inspires this year’s subtitle, just try and remember what the fox says. It would take pages to recount every YouTuber who makes an appearance, so I’ll just note a few who I was happy to see: The Slow Mo Guys, Convos With My Two Year Old, adorable Nebraska boy Jack Hoffman, and a practically unrecognizable Hannah Hart as the ‘We Can’t Stop‘ version of Miley Cyrus. It was also a nice gesture to dedicate the song to Talia Joy Castellano, the young YouTube beauty guru who died of cancer earlier in the year.

YouTube Rewind 2013 is one of Portal A’s first projects since the creator of the 2011 YouTube Rewind acquired Seedwell, the creator of the 2012 YouTube Rewind. “The Rewind production was truly sprawling; we took over an expansive desert, flew the skies of downtown LA, and built a night forest fit for foxes,” explains a blog post on the Portal A website. “We partnered with our good friends at Sweatpants Media to up the epicness – with aerial photography from planes and helicopters, massive mortar explosions, RC heli shots, custom motorcycles, Ultimate Arm shots, and beyond.”

As the featured video on the main YouTube Spotlight channel, YouTube Rewind 2013 has already amassed a ton of views. Just a few hours after its release, it is already over a million hits, and looks to soar much higher.

As with previous years, the main video is accompanied by plenty of accouterments, including a recap of the year’s top video and a behind-the-scenes feature. YouTube Rewind 2013  without a doubt one of the most expansive single videos ever, and it raises a question: How exactly will YouTube Rewind 2014 be able to top this?