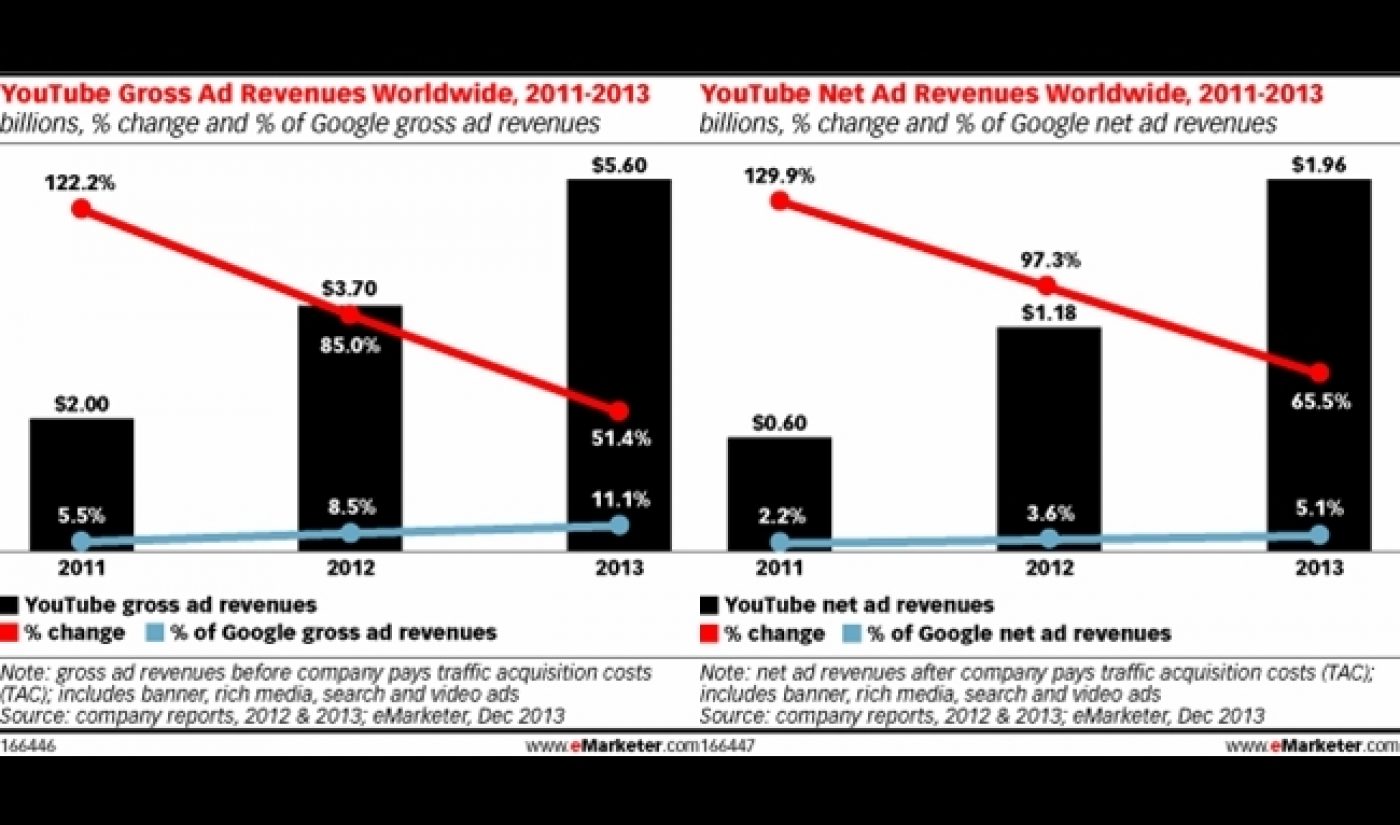 Want to know why YouTube is cracking down on creators who infringe copyrights? Look no further than the site’s projected advertising revenue for 2013. The world’s biggest online video sharing site is projected to score $5.6 billion dollars in ad revenue, an increase of nearly $2 billion over 2012.

The statistic comes from a report by eMarketer, a market research company particular attuned to digital marketing. The report puts the exact percent increase at 51.4%, with spend nearly tripling since 2011.

eMarketer speculates that YouTube’s ultimate advertising profit–which does not include payments to partnered advertisers or creators–to arrive at $1.96 billion, a 65% increase over 2012 and the largest market share of any online video platform.

Of course, ad revenue is only going to go up, up, up. YouTube is still optimizing the advertising process on its various mobile apps, and more brands and agencies now see YouTube as a critical platform for reaching certain sections of the population. DigitasLBi and Razorfish have already purchased $100 million of ad inventory for 2014, so there’s evidence that 2014 will be a year of even more massive ad profits for YouTube.