YouTube Is Suddenly Flagging A LOT Of Videos For Copyright Claims 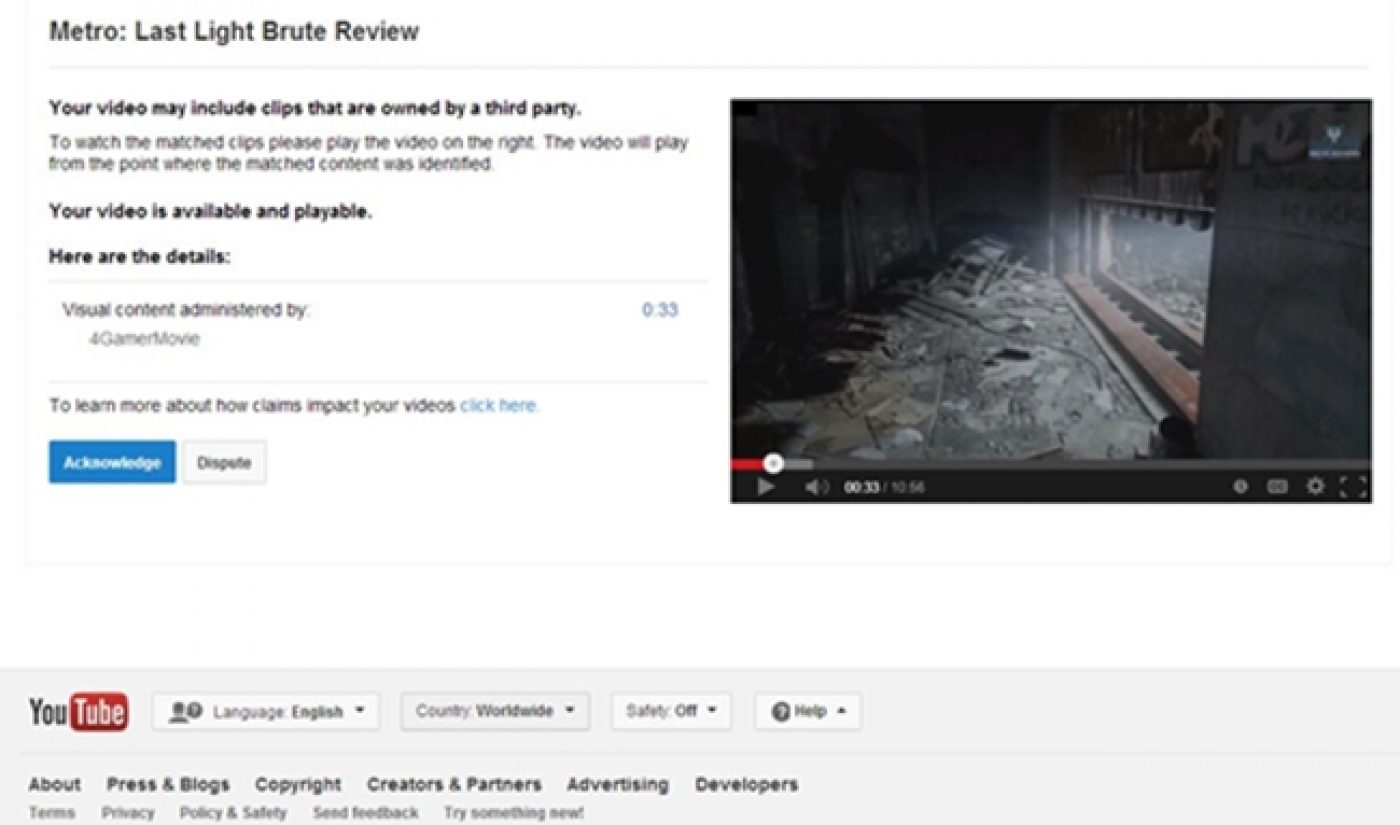 When we first heard of YouTube’s plan to begin screening videos from Affiliate channels of YouTube Multi-Channel Networks and subjecting those videos to a process of monetization review, we figured we had at least another month and an explanatory blog post still to come before the changes would take effect. Apparently, however, some of the changes associated with the new system may have come sooner than we expected.

Dozens of prominent YouTubers mostly in the gaming vertical are reporting that Content ID has flagged tens, and sometimes hundreds of their videos. What’s more is many of the copyright claims are coming from suspicious third-party sources who – in some cases – don’t appear to be the owners of the questionable content.

Many of the creators whose videos have been flagged are among the most popular on YouTube. TheRadBrad, a gamer whose walkthroughs have earned him nearly two million subscribers and multiple appearances on our Top YouTube Channel Charts, has seen many of his videos flagged, with background music serving as the culprit. Other gamers, such as Tetraninja and GhostRobo, have seen their videos cited as well, with offenses sometimes as trivial as infringing background music playing within a game.

While this isn’t necessarily the upcoming monetization review process in action, the Content ID claims seem to be mostly targeting channels that are either Affiliate channels of an MCN, or not with an MCN at all. We’ve reached out to several YouTubers in the gaming vertical who claim to be in a Managed relationship with their multi-channel network, and none are receiving the quantity of Content ID claims as the channels mentioned above and below.

These copyright claims raises the question of why gaming companies (who are not Nintendo) would want to remove videos that popularize and bring exposure to their games. But in the vast majority of these cases, it’s not the game companies flagging videos; many claims have come from third parties seemingly unaffiliated.

TotalBiscuit has brought to note a channel named 4GamerMovie that is flagging footage from the game Metro: Last Light.

These unjust claims are reportedly rampant among the hundreds of videos that have been flagged thus far. Even MCNs (like Machinima and its head of Affiliate Network) seem to have been blindsided by the wave of Content ID claims.

Machinima Partners. Getting news of all the 3rd party claim stuff across YT. We’re on it. Love all of your faces <3. Keep you posted!

But look for those MCNs and the creators to begin fighting back soon. Many of these claims will likely get thrown out as they are revealed to be improper (and any creator who believes his or her video has received a claim in error can immediately put in a dispute through their YouTube video manager). For now, however, many creators are left with tens, if not hundreds of videos, that are not able to generate any revenue because of the copyright claims. It’s a mini-crisis for YouTube, its networks, and those networks’ partners, one that will hopefully get sorted out sooner rather than later.